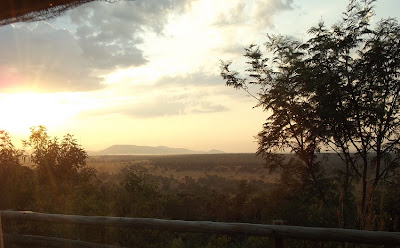 The view from our “Bush House” – just magnificent. Taken at 6:30am. Hezekiah has been “sleeping through” (ie not waking to talk during the night) since our 5th day here but has been having a early morning drink which he did not have before when we left NZ. On Monday night however he went through without that early morning drink. Because of that he is often ready for a drink around 5:30 (although he only wakes up a little later). I keep forgetting to go out and take a photo of the sunrise at that time. Our curtains are nice and thick here so we get to sleep in which has been nice. 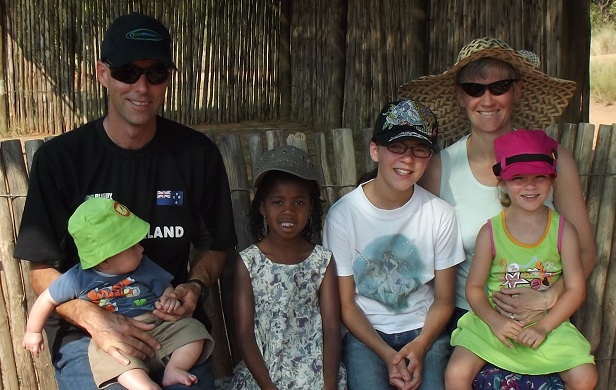 We had a game drive booked for this morning at 9am so we arrived the required 30 minutes early. 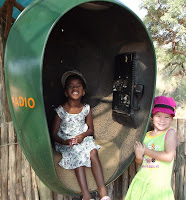 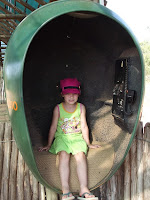 Hannah thought the radio booth made a nice seat.
And so Ruth wanted a turn too. 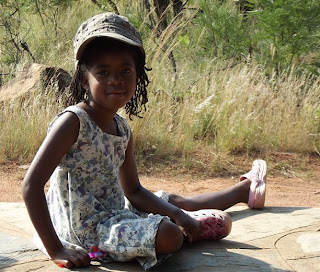 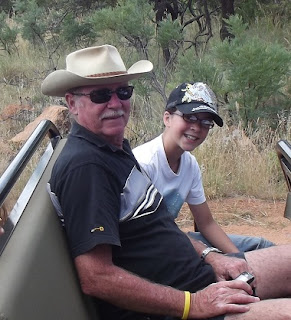 Frank and Maureen walked down to the pick up point with us (and took the photo for us) and then the driver invited them to join us. We had booked 5 seats and as the next party was only 4 he knew that with the smaller children we would all fit comfortably (they book for 10 normally). It was lovely to have them join us.

We had some binoculars with and they helped keep Hannah busy when we were stationary and chatting about different things. 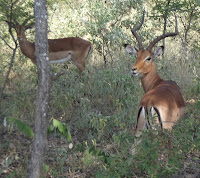 It was nice to get to see some Impala soon into our trip – right next to the road.

A nice big herd of zebra with the regular companion of blue wildebeests. 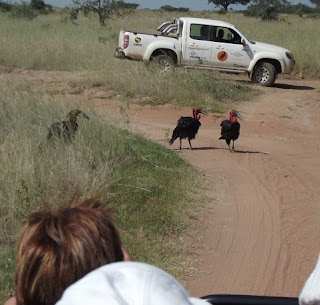 It was very memorable meeting the Ground Hornbill too as we saw them trying to attack the tires of the bakkie in front of us. They have a Ground Hornbill project at Mabula and so regularly check up on the birds. They get really aggressive with the vehicles though. 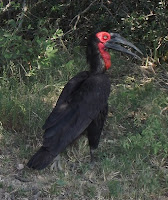 The are huge birds. 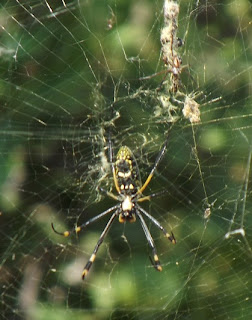 And tiny things are nice to see too. We learnt about this Golden Orb spider and her smaller husband. He had better make sure he brings nice food for her otherwise she will eat him. 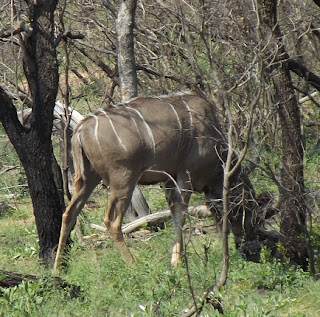 Always a treat to see Kudu. 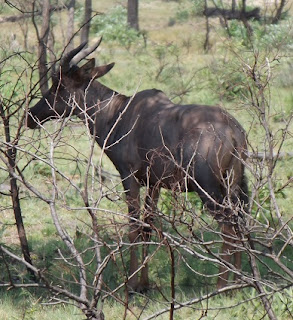 And other buck. We were told the names of each of them but now you get to see my lack of retention. I don’t remember which one this is. I asked Brendon if he remembered and he said "no - there were just too many."

Zebra nice and close to the vehicle. 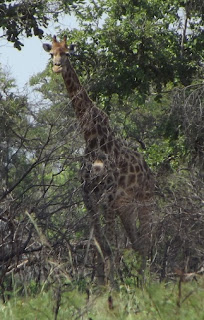 And giraffe too – my favourite.
It was wonderful getting to see this Buffalo right next to the road. He was thankfully quite relaxed about us being there and crossed the road right in front of us. Buffalo are one of the “Big 5” – the 5 most dangerous animals to hunt.

And then we were blessed with another of the “Big 5” – rhino! 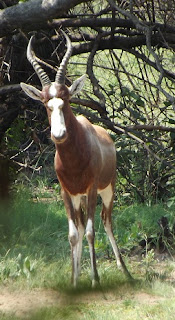 And at first glance a double headed one at that. hehe We learnt that they often lie like this so that they can increase their smelling range for danger. There has been a great problem in SA recently with rhino hunting – so it was extra special to see them today.


And what a beautiful buck (antelope).

We spotted this jackal in the road ahead of us and were surprised that he stayed long enough for Brendon to get a photo (Brendon was on camera duty today as I had Hezekiah in my arms). We realized why though when he did get up as he limped off with an injured leg. It was lovely to get to see it though. 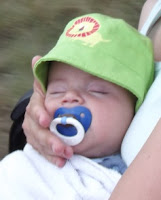 Hezekiah did really well on the trip and only cried a little bit just before falling asleep. I had to hold his dummy and hat on though as we were right at the back of the vehicle and I don’t have a tie for his dummy. With only the one I did not want to loose it. He has used it a lot more over the last month but it’s a small compromise as it’s been really disruptive for the little man. He has done so very well. 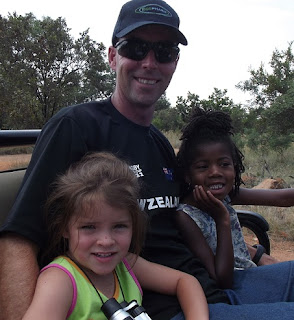 The younger girls and Dad were next to me on the back bench. They took turns sitting on the side (although I was much more relaxed when Hannah was between us).

Thank you Lord for a wonderful game drive and the beauty of Your creation.
Posted by Buckland at 9:01 PM