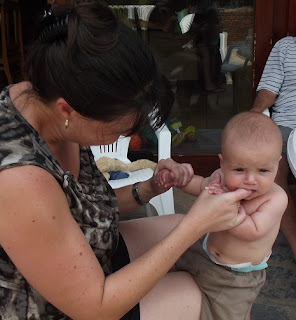 Lots of excitement at lunch time when this monkey came close to the camp. It’s the first monkey the girls have seen this week.                    .  Hezekiah had so much fun with Liezel. She gave him lovely "horse rides" and he would rock to let her know she must not stop. He also enjoyed chewing on her fingers. :-) I am glad Trevor and Liezel came out for the three days. I had a great time getting to know her. 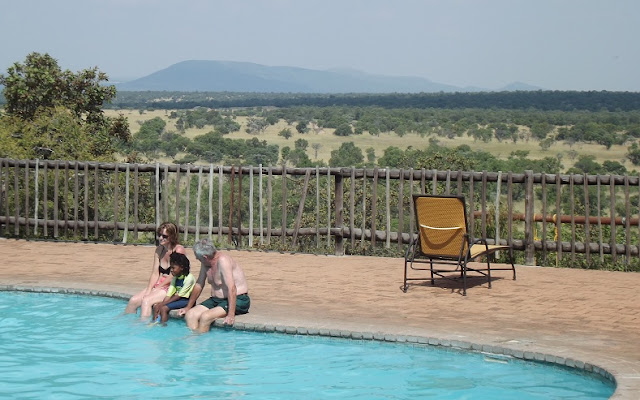 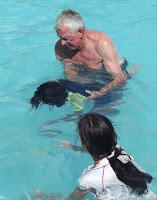 Thankfully there was a bit of cloud about and they could head down a little early than we thought would be practical. It was again VERY hot today. I got down to take a couple of photos which was nice. Isn’t it just the most spectacular spot. Grandpa spent quite a bit of time with Rachel and Ruth in the pool this afternoon. Ruth was trying to see if she could pick things up off the swimming pool floor.

Rachel getting more diving practice. When I showed her this photo she was surprised at how bent her legs were. At least she is getting further away from the edge as she practices.

This afternoon Brendon, Rachel and Ruth joined David, Frank and Maureen on a special game drive into the section of Mabula where the lion are kept. (Pick up was down at reception) 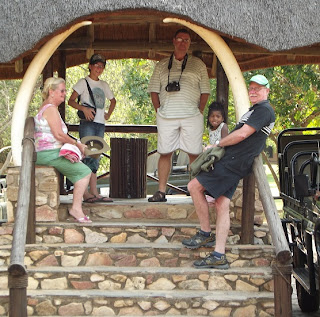 No children under 6 on this drive but as Ruth is so tall and well behaved she was able to go. Hannah was really good about “being left behind” – again. She spent quite a bit of time playing with Joan which was nice. Eventually Nana walked her up to our house where Hezekiah was sleeping and we spent some nice time together waiting for the rest to get home.

At least they did see a few things. A bird of prey they spotted. 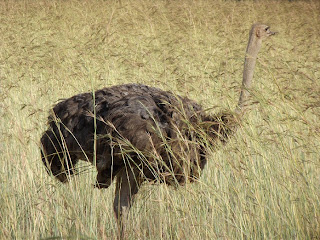 And a shrike perhaps (my favourite bird to visit our home in Polokwane was the crimson breasted shrike). 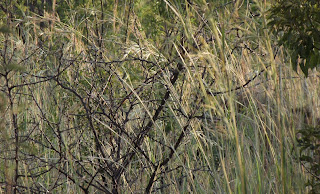 Brendon actually spotted the only lion that was around on their drive today. By the time they had reversed the lion had walked off into the bush and they only got to see it’s ears and tail.

A cocoon that was pointed out to them. 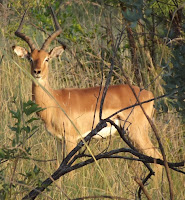 There were a few buck to be spotted too.

And if the big game are going to hide then start looking at smaller things. Here is an Alien Spider they got to see. And how well named. 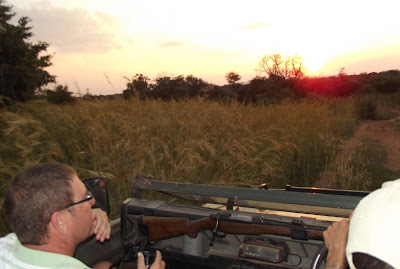 Rachel says she things the game driver felt bad that they had not seen any lion so he drove them around a bit more (perhaps hoping to find some). They got to see a lovely sunset on their drive though. 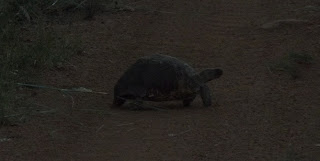 And then they were delayed as a tortoise decided to cross the road in front of them....... slowly....... 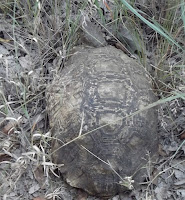 At least they got a lovely look at it. Very well camouflaged. 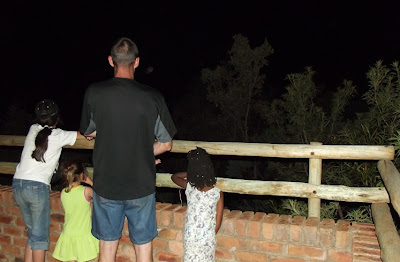 Once they got home it was dinner and then bed. We could see the storm building on the horizon at Bush Camp but there are a lot of trees around the camp. So when we got up to our house we stood and watched the storm on the horizon for a bit as our view is just so lovely from up there. The storm eventually hit us at around 11pm – and literally I think it hit us (or at least our lightening pole) as it tripped our lights (and jerked us all awake). I had been telling Hannah about the lightening poles earlier in the day and I am so glad I did. I could remind her of the fact that we were safe. We all enjoyed actually watching the storm for a while. This truly was answer to prayer as we will never get to see such awesome displays in NZ. And what a picture perfect place to view it from. Thanks you Lord for a magnificent day – from start to finish.
Posted by Buckland at 9:00 PM