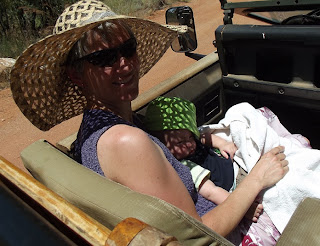 We had a wonderful game drive this morning. This time I chose to sit right in front so that I did not have to worry so much about Hezekiah’s dummy or hat. Brendon and the girls were on the first row and the advantage of this set up was all the interaction with the game driver. We learnt so much.

About little things too like dung beetles. This obviously made quite an impression on Hannah because after this – every time she saw a VW Beetle she would say “look – there’s a dung beetle”.


Brendon wanted to see if he could get some footage of them at work. It’s amazing how many different types of dung beetles there are. 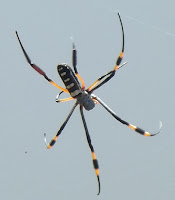 Another Golden orb spider – this time seing it’s back and not it’s tummy. 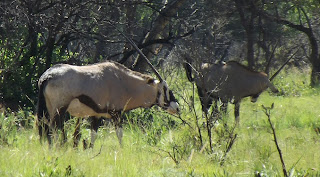 We spotted a herd of gemsbok. They are a beautiful antelope. 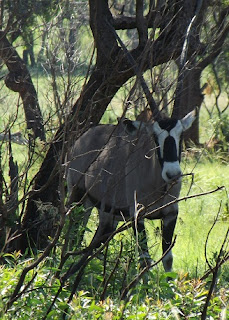 Such a lovely face.
We were asked if we knew which was the biggest of the antelope. I had thought it was the kudu as I know the males get really big. He told us that it was the Eland. 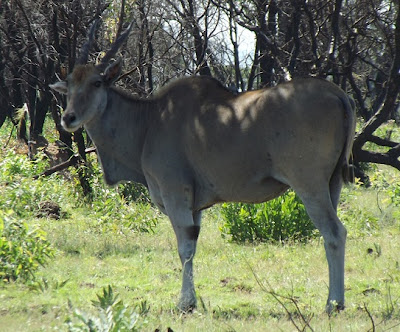 Amazingly a little later we spotted two male Eland and I realized how big the males can get. You loose a bit of the proportion when looking at a photo. They were really wonderful to see. 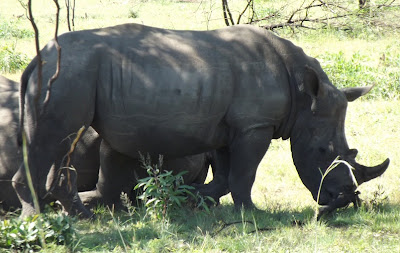 A little further on we spotted two rhino. 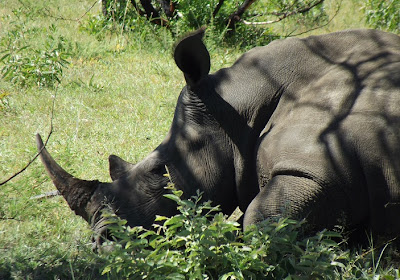 The mother happily lying in the shade.

The younger one sniffing around a bit. 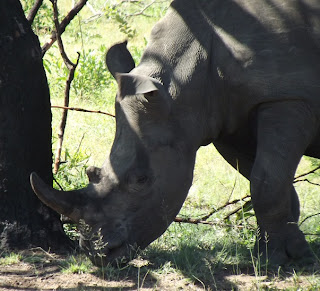 Such a blessing again to see these endangered animals. 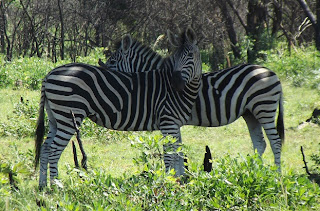 These zebra were standing so beautifully. They had been looking in opposite directions and just as Brendon took the photo the one turned around. Still a lovely shot though. 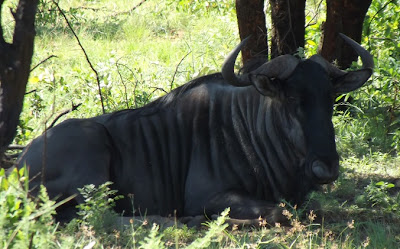 Blue Wildebeest nice and close. We learnt about the “stripes” and how the darker and lighter hair forms a bit of a current which helps cool the animals down. 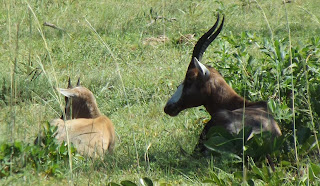 Then we seemed to ride through the nursery area as we spotted many mothers with their babies. Here is a blesbok with her very young calf. I am also managing to remember more of the names which is nice. 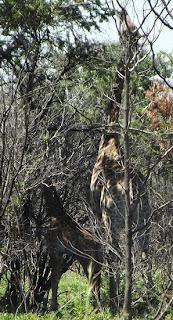 And then my favourite – a giraffe with a very young calf. 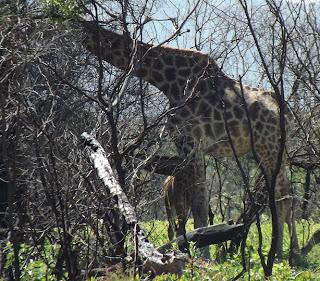 We even saw it have a drink. It moved it’s head away though before Brendon could get a photo.
A video of the mother walking off and the little one eventually following. The ranger explained that as there were not many predators in the reserve the animal behaviours has changed. In the “wild” the baby would stay very close to the mother at all times. Here they know there is not as much danger. 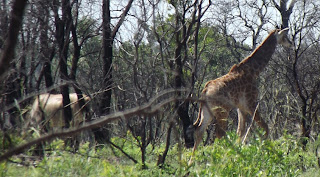 A photo of the baby with an antelope in the background. It gives you a bit of an idea of how small it is. Such a special treat.

Then a blue wildebeest with two calves. 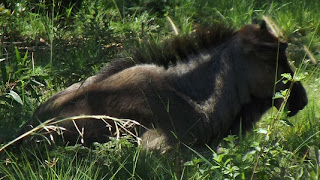 It is always so lovely to see young animals.

Then we got to see two more rhino. 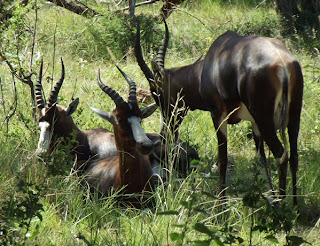 Some more blesbok - so close to us.

And a nice artistic shot of a blue wildebeest. This was also specifically taken to show the tail – with black hair. The black wildebeest have white tails. 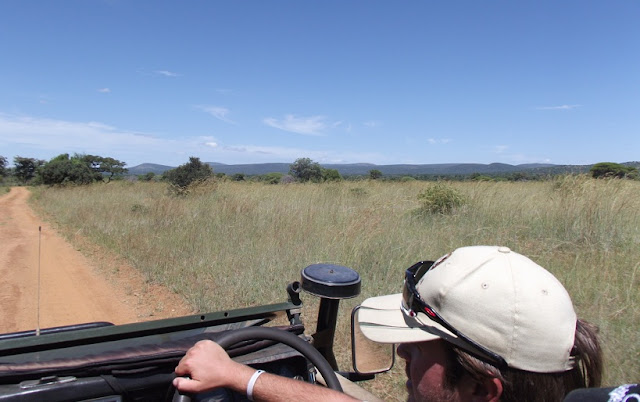 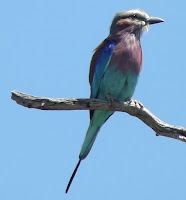 And we got to see some lovely birds too. I remember seeing a lilac-breasted roller at one of our previous visits to Mabula. Such a beautiful bird and an excellent photo of it too. 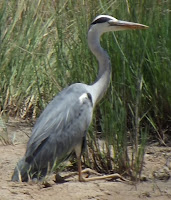 And how lovely to see a blue crane – the national bird of South Africa. 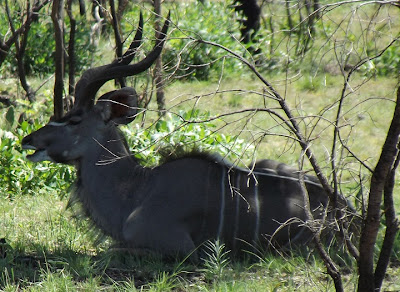 We had a quick glimpse of a kudu when we started the drive and the ranger had told us a tongue twister about the kudu. It was lovely to see this big male kudu and both Brendon and Rachel managed to get the tongue twister right. 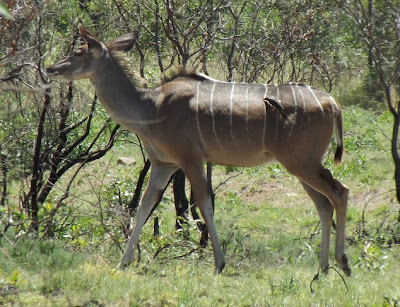 And a female too. A good shot of an ox pecker looking for fleas too. And for those who want to give it a try...."If you could do what a kudu do, then you could be a kudu too. But you can’t do what a kudo do, so you can’t be a kudu too.” We again thank the Lord for a wonderful game drive and all that we got to see.
Posted by Buckland at 8:59 PM