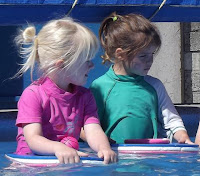 Friday: Hannah started crying again before she even got in the pool. She said she needed to go to the toilet so we had a little chat while we were there and she stopped crying and at least had the first half of the lesson without tears.

Thankfully Ruth has no fear of getting her face under the water and so she is getting her things done easily. Here her "helper" holds a hula hoop and she swims under it. 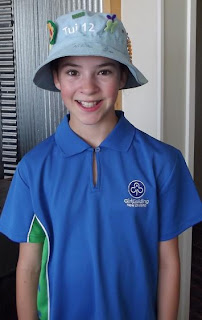 Brendon got home a little early and so just after 2 we were on our way to town. We had quite a long shopping list that we hoped to get through and were thrilled to get everything. We had Brendon's choice for dinner (KFC) and then headed over to the airport to pick Rachel and Hayley up. Unfortunately I forgot my camera at home. It would have been wonderful to take a photo of all the girls and family as they were re-united after the week at Jamboree. They chartered the plane just for the girls so it must have been quite an experience - the flight alone. Their flight was a little late and only arrived at around 6:30. We got some food for the girls on our way home and were finally home around 8. Brendon and I then watched the rest of Defiance and that was the sum total of his birthday. What a pity we could not do anything more special for him. 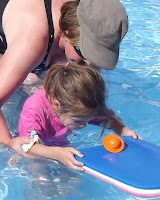 Saturday: Swim week finalized with the demonstration and presentations this morning. Tears from Hannah again unfortunately but Bronwyn managed to get her to at least blow some bubbles and then she could get out.

Because they were just quick demonstrations - done one group at a time - I was able to watch Ruth a bit more which was nice. she is thrilled to be able to kick with the board without her helper holding her tummy up.

She also does a good job of going on her back without help too now.

And then to fetch a stick from the bottom of the pool. It may sound simple but it can be quite something for a lot of the children. So well done Ruth. 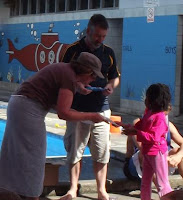 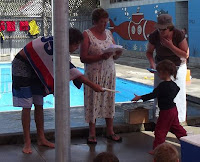 Then it was time for certificates and ice lollies.
They thanked the parents for bringing the children and this year I really did feel it was a huge effort from my side. I was so thankful to finally have it all finished. I think with the move and Hannah's crying it was just a bit much for me. I was exhausted by the time we got home on Saturday. Perhaps added to today's stress was that Tiger (Rachel's cat) has been missing for over a day now and I can tell it's really upset me. I do pray he is safe and that we find him soon. 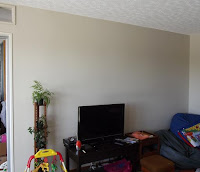 Friends came over for lunch (and to pick up the extra dish washer we now had and have given to them). Dave is a builder and is going to help us put book shelves up on this wall. So it was good to chat to him about it all and Brendon and Dave even popped over to the Stern's home so that he could see exactly what we wanted. So watch this "space". 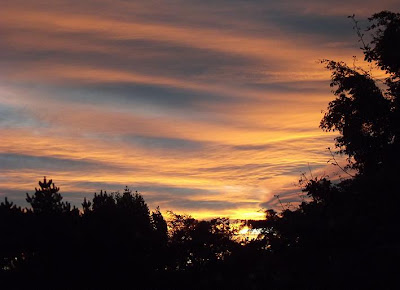 They had to leave by 2:30 so it gave Brendon and I time to get some things done around the house which was great. I don't think I will see wonderful sunrises from this house but at least I got to see this magnificent sunset from my kitchen window.
Posted by Buckland at 9:00 PM