There were fireworks planned for last night but it was too wet and windy so they were postponed to tonight. We could see this morning how much snow had fallen overnight. How strange for November. So beautiful though. 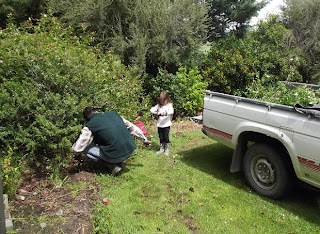 It was a beautiful day today which allowed Brendon to get stuck into the garden again. He had his helpers again and they managed to clear out the whole area.

What a difference. As we thought would happen we found a nest in here with a dozen eggs in it. Later Brendon found two more nests. So 24 eggs collected today and not 1 of them was bad. We had omelette's for dinner. :-) 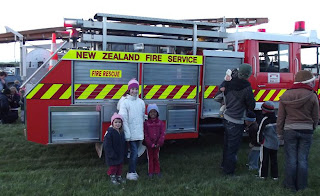 I stayed home with Hezekiah while Brendon took the girls to the fireworks. And it's not just boys who like to see fire trucks. 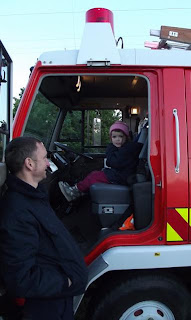 And a real treat - to climb inside. 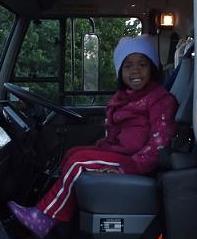 Ruth too.
You can imagine that with all that snow about it was rather cold out. The girls were well wrapped up though. 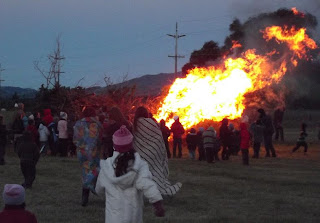 There was a huge bonfire which Hannah was rather afraid of. Brendon said afterwards that perhaps she just heard "bomb" and was scared that there would be a big explosion.

Brendon was surprised that it was allowed on such a windy night. But the fireman seemed rather relaxed about it all. 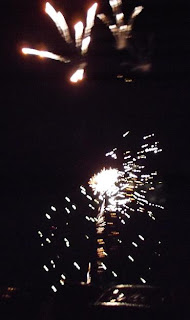 Rachel was excited to get to see fireworks live for the first time. She missed them last year as she was on a Brownie camp. They were disappointed with the whole evening though. The place we went to last year - although a little further away - was way more organized and had a lot more things planned for the evening. 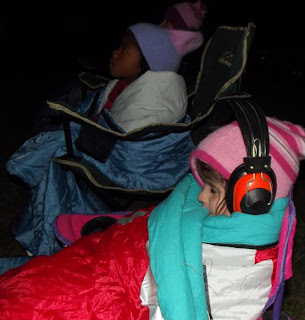 The fireworks themselves were even bigger last year. So I think next year we will plan to do the extra traveling.
We were prepared this time for Hannah's sensitive ears. ;-)
Posted by Buckland at 9:00 PM