Over the last two weeks I have had a bit of pain in my left hip. The night before last however it was so bad that I did not sleep well because of it. Brendon suggested I get into town to see our chiropractor and thankfully I got an appointment for this morning (they are going away for 2 weeks from tomorrow). Even though it was not nice to have a bad night I thank the Lord that He got me to see Sharon when I did. Two more weeks of the pain would have been terrible. 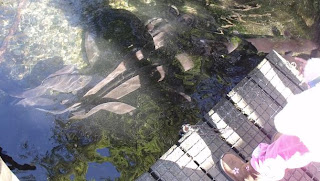 So into town we went. Leaving before 9 to get to her by 10:45. This was the first time we had to get to the other side of town and I am glad I allowed for the extra time in traveling. A sad reminder of what everyone in town is having to deal with after the earthquake. 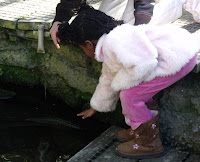 After the doc we got a little bit of shopping done and then headed to Willowbank. We have a yearly pass, so it was a good day to use that and had planned a picnic lunch. Ruth specifically wanted to touch the eels. She kept calling them seals however - which was quite funny. 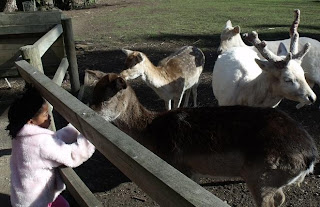 The deer were more friendly today than they had been before and it was nice to get to see the male's new antlers growing. 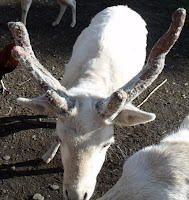 You would never think of antlers being hairy. 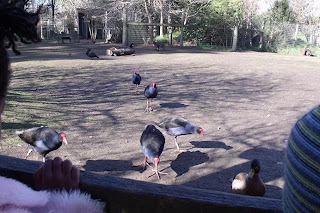 The wallabies were however not as friendly as normal and so we did not stay here long (you can see them on the top right of the photo). 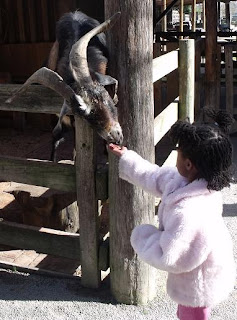 Ruth was the first one to give the donkeys some food and as her hand got really dirty the other girls decided they did not really want to feed the animals all that much. So Ruth gave a bit of food to the goat and sheep and then we headed to the picnic area for lunch. 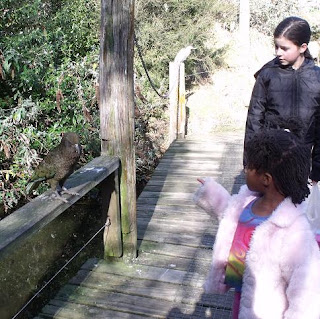 The girls had a lovely time watching all the different chickens and roosters running around looking for bread crumbs and once lunch was finished we made our way through the rest of the park. It was nice to have the Keas come close today. Just a pity you are not allowed to feed them.

I always avoid going into town as much as possible but we had a lovely time together and so I thank the Lord for that. It was almost time for Ruth's ballet by the time we got back to Hawarden, so we just stayed there (I had packed Ruth's clothes just in case). Brendon took Ruth and Hannah home once her lesson was done and Rachel and I finally got home at about 6. So it was a very long day but one that the girls really enjoyed.
Posted by Buckland at 9:00 PM