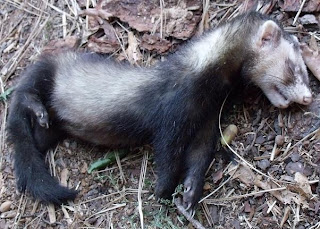 We were all very pleased this morning to find the ferret had finally been caught in the trap.
It's been good to see how much Hannah has learnt through this whole time. When we first got the trap we told her that she must not touch it as it could cut her hand. She really thought about it though and worked out that it can't cut you on the outside. So she had asked if she can touch the outside. The rule was then that she could touch the outside if Dad was with her. She has seen this week that we don't just make rules for the sake of it. The rules really are there to protect her. She is also pleased that the "ferret is dead. Ferret is ugly. Ferret killed the chickens. Ferret broke chickens necks." 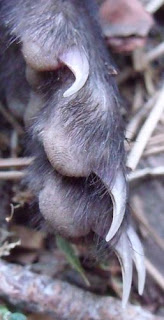 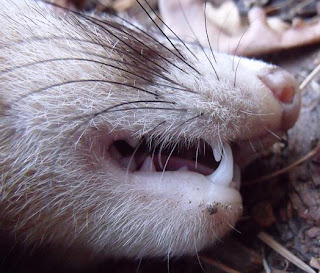 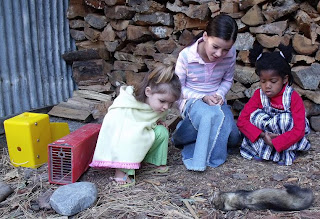 The girls were very interested to finally see what this creature looked like. Incredible that such a small creature can do so much damage. The person we got our chooks from has already lost 30 chooks this year to ferrets. So at least we know we are not alone. There are many people in North Canterbury who also get very excited when they catch the ferret that has been causing them loss.

I encouraged the girls to touch it. Hannah is often afraid of doing new things and so it was good that she had a touch too. They obviously washed their hands well when we got back inside.
Posted by Buckland at 8:00 PM

YEEEEEEEHA!!! Your macro shots of the rotter are awesome!!