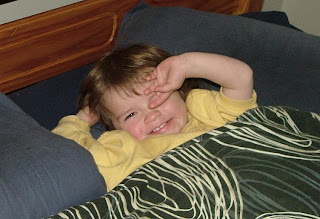 Hannah did not have the greatest night last night and with the camping cot packed up we decided to just bring her into our bed so that she did not wake the other girls. At least she woke up a "happy chappy" thinking it was such a treat to find herself in our bed. 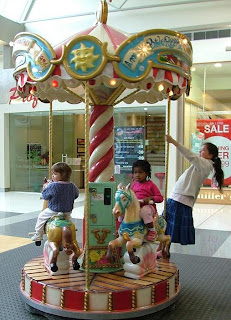 Brendon got his eyes checked this morning to make sure they are not the cause of the headaches he has every so often. It has been almost 3 years since he had them last checked so it was good to know his reading glasses are still fine and that his eyes are fine too.
Whenever we are on this side of the mall the girls will ask to sit on the horses. Rachel decided to use some of her hard earned money to give them a proper ride. There are only 2 horses but Rachel gave those to the little two and still had a lovely time. They even got a second go when another little girl came for a ride. Ruth just sat on a box thing that was on the other side. 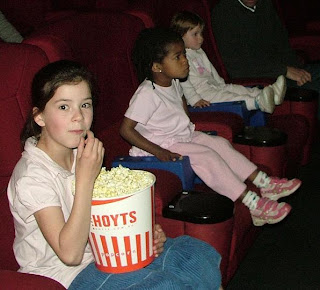 And then it was time for the movies. Rachel and I put money together to buy this HUGE box of popcorn. It was great to have 4 free tickets and Hannah was free - so it only cost us the popcorn. It's been such a long time since we went to movie it is quite an adjustment to see these HUGE seats and aisles. Thankfully they had booster seats for the little two.
We remember when Grandpa and Nana took Rachel (and us) to her first movie. She also had a booster seat. We started thinking back and realized this was only the 3rd time Rachel has been to the movies. 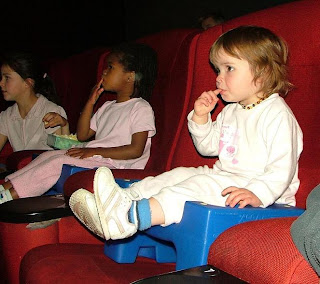 Hannah sat and ate popcorn for quite some time. We should have let her run around outside until the movie started - but I think she did really well. She spent the rest of the time running circuits around the movie theatre. She did not make any noise though and when I apologised to the two other families after the show they said it had not worried them at all. 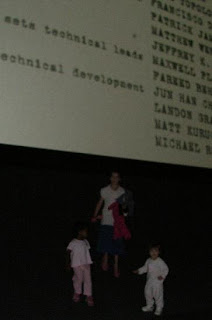 Afterwards the girls went down to the front to have a good look at how big the screen is. Ruth had been so excited about the movies and in some ways was a little scared with Rachel telling her that the screen is HUGE and that it is so loud ect. 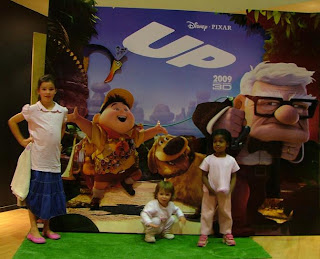 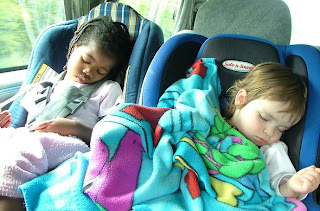 We quickly had some lunch at the mall and then headed off for camp. Thankfully Hannah was exhausted and fell asleep quickly. She does not normally fall asleep even if she is really tired. But I only gave her a bottle just as we left and I think she is getting used to having a sleep right after the bottle. So finally we can get to travel with a bit of peace.
Ruth is always asleep within minutes if she has missed or is needing her nap. This time she said she did not need her dummy and blanket as she was not going to sleep. But she was also asleep really quickly and they both had a lovely hour nap as we drove to camp. 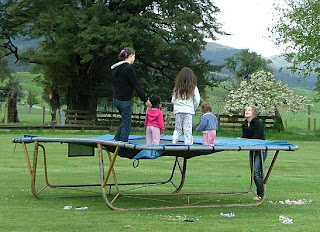 We arrived just after 3 and it did not take the girls long to head out to the trampoline. Only the Sinclair family had arrived (they organize the camp every year and do an amazing job). Ruth was really excited about seeing the Pollards again and as every car arrived she would run over and say hello and tell them that she is waiting for the Pollards. Really sweet and a great way for Ruth to break the ice with many people on camp. It was amazing for us to see how confident she was. Quite a difference from the shy little girl that went to camp last year.
This is our 3rd church camp with Grace (in Christchurch) and Marchwiel (in Timaru) at this Staverley camp site and it was great to catch up with friends. It has become a yearly highlight for the family.
Posted by Buckland at 11:09 AM