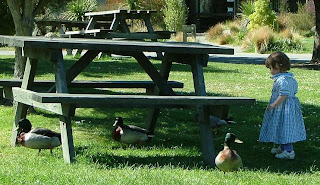 Brendon took the day off and we all came into town together. After the hospital we had lunch, did a little bit of shopping and then headed over to Orana Wildlife Park. Ruth has been asking to go for a number of weeks now.
As soon as we arrived Hannah headed over to the ducks. She so wanted to touch them. 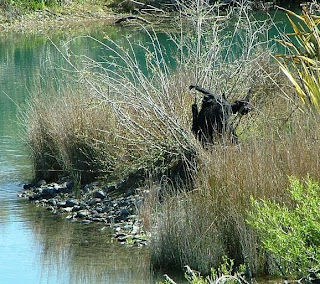 And we got to see the gibbon who had only just been born at our last visit. That's the baby out to the right of the Mother. 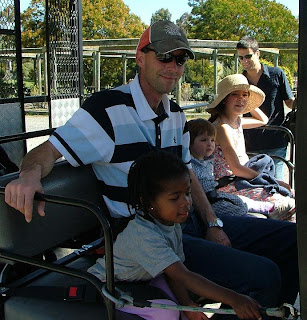 A highlight for the girls was a ride on the shuttle. They have installed seat belts since the last time we were here and it was nice for Ruth to be allowed to sit on the side.
We had a really lovely drive around. The male ostrich was running around giving us a lovely show. There were also a few big ostrich eggs around - so it was great for Ruth to see those too. As we drove past the cheetah enclosure a couple of them got up and ran along with us as we drove past. It was also lovely to see the black swans again with one of them sitting on their huge nest. Ruth has been learning so much about birds and eggs and nests so it was really special for her. 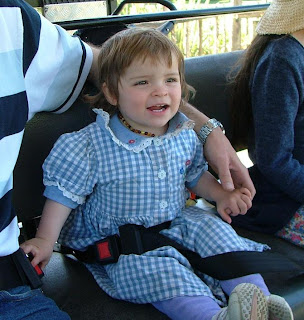 Hannah just loved being on the shuttle. And as the shuttle is pulled by a tractor she just kept saying tractor with such delight. 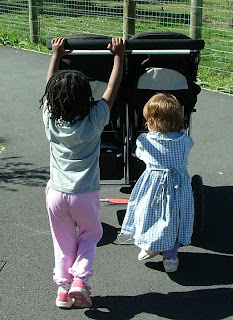 Then we hopped off to see the new lion cubs. Well, the pram was brought with for the two of them - it just served as entertainment for the first while. 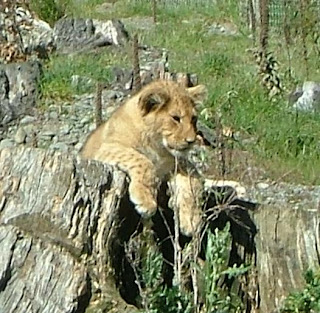 At least we got to see one of the lion cubs. Rachel really enjoyed seeing a male lion that was indoors for some reason. To look at him so close, just through a window, made us realize how huge they are. 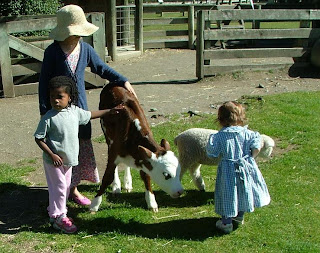 The girls enjoyed the farm yard area. Especially this area that you could come into and have close up contact. 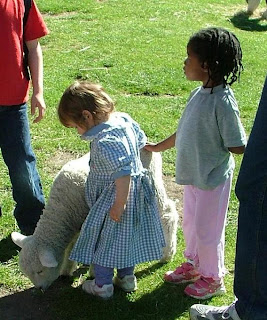 Hannah so loved wiping this lamb. We had to keep telling her to walk slowly so that it did not feel chased. She quickly realized that if she came up slowly the lamb would stand still for her to get a wipe. 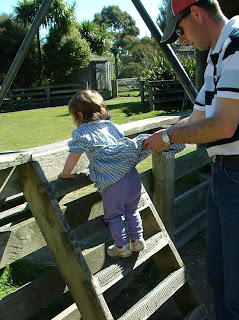 Independent Hannah climbing over the stile on her own. Dad just helping by getting the dress out the way as well as giving her a hand to hold onto on the way down. 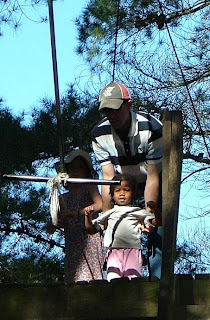 Before we left the girls wanted a go on the flying fox. And Hannah got to see the elephant - she was sleeping when we were here last time. 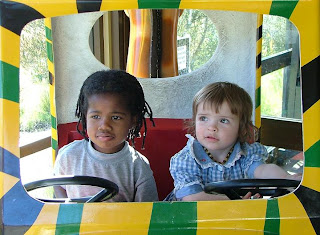 The trips home are always hard for us with a tired Hannah who will not sleep. But other than that we had a lovely day. One of those days that childhood memories are made of. :D
Posted by Buckland at 3:07 PM