Brendon had a terrible night last night. We both got hardly any sleep and I spent 1/2 an hour on the phone with a nurse at 3am to just make sure I could wait for the morning to take him to a doctor. There is a medical help line in NZ that you can phone 24/7 to get advice. So it was very helpful to know what to watch out for - to know at what point calling an ambulance would be the next step. He was that bad.
Thankfully we made it to the morning and called to organize to see the doc as soon as the Amberley medical centre was open. That's the one that is 1/2 an hour away, but they open 1/2 an hour earlier than the closer medical centre. The doc felt sure it was just food poisoning from Sunday's KFC. I think at that point both Brendon and I were wishing he could have just gotten sick last night and gotten it out his system. So he got an injection for the nausea (as the tablets we had were not helping at all) and within an hour he was feeling so much better. He still spend the whole day lying down and the nausea did return a bit in the evening. But on the whole he was feeling much better.
While we were at the doctor the girls got to spend time at the Love's home. They are 10km before Amberley. So they thought the outing was rather fun. 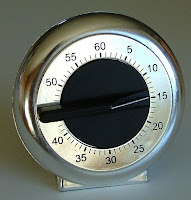 Last week I started a new cleaning plan. A friend had mentioned what she has started doing and I adjusted it to suit me. So I have split the house into 5 sections (kitchen, dinning room & lounge, laundry & bathroom, bedrooms, study) and have allocated a day for each area for the days of the week. I set the timer for just 15 min and make sure I get that bit of cleaning in every day. Last week being the first week of starting this I found I was working for about 30 min each day. Today was my first missed day, but I am sure in 15 min tomorrow I can do both today and tomorrow's areas. This has been such a practical help.
Thankfully Brendon was feeling well enough to watch the girls this evening so I could head down for squash coaching. We had missed last week because of having a cold and unfortunately Brendon missed this week again due to ill health. Hopefully we can both get down for the final week next week (at different time slots so we can alternate with the children).