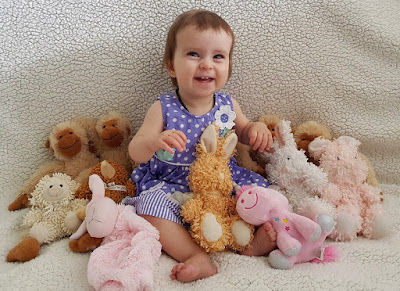 Wednesday 17th: I was just too tired to get these photo done before today. 11 months old already.
She has 4 more teeth busy coming through. Loves pulling herself up into a standing position. Is still full of lovely smiles and now enjoys wrinkling her nose up and watching people copy her. :-)
She only put 100g on over the last month, so still a real light weight. She is developing in other ways though, so have to try ignore the scales a bit. 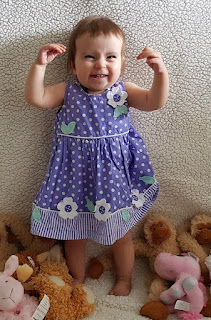 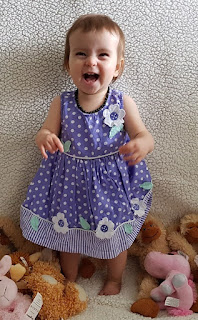 A note for Tuesday 16th. Asher had a seizure at school today just after midday. Thankfully a short one again. 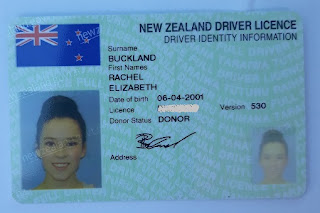 Rachel booked to do her full licence as soon as she was able and got the first appointment that she could. That was for this afternoon and we were all thrilled to hear that she passed first time. Well done Rachel. 17 1/2 years old. The youngest you can get your full licence (which includes passing a defensive driving course).
NOTE: This photo was taken the following Wednesday when the actual licence arrived in the post. Nice photo Rachel. :-) 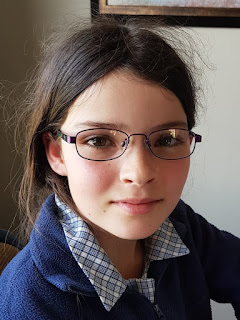 While Rachel was doing her driving test, Brendon was at home with the youngest 3 as I took Hannah to pick up her new glasses. She went for much thinner frames this time and they look really smart. Nice choice Hannah.
Ruth also came with so that she could open a bank account. She is going on a school trip at the end of November and the recommendation is to rather have their spending money on a card as apposed to everyone bringing cash with. So she was excited about getting her first bank card. She is working at saving up as much as she can for spending money, so it's a nice way to also keep the money separate and save up.

I can't remember when this photo was taken (as Ruth took the photo and sent it to me on WhatsApp - so it does not have a date on it).
We were given 6 chooks. So we are thrilled to be collecting eggs again. 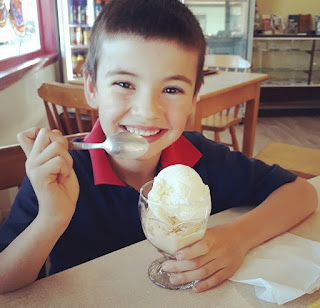 Friday 19th: Now that Rachel has her full license, she can take the other children out whenever she wants. So she decided she would start taking them to the tea rooms. Hezekiah got to go first today and she treated him to an ice cream. 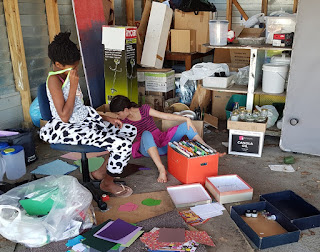 Saturday 20th: Ruth has a good idea for a group Christmas present this year - a table tennis table. The only problem is that there is too much stuff in the garage. So we said that if the garage can be cleaned out - then we will have space for one. So she got started today and got a little bit of help from Hannah and Hezekiah. Unfortunately Ruth struggles from hayfever and the dusk was really getting to her. She did manage to sort out quite a bit though. 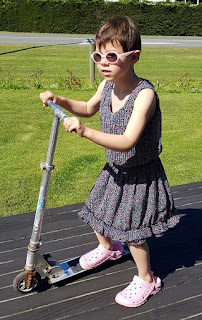 It always amazes me when I see Asher on a 2 wheel scooter. She does really well for a child who often looks unstable just walking and running. 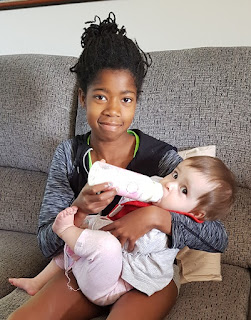 Monday 22nd: Labour day today, so a nice day at home for everyone. Ruth was thrilled to be able to give Anastasia a bottle today. 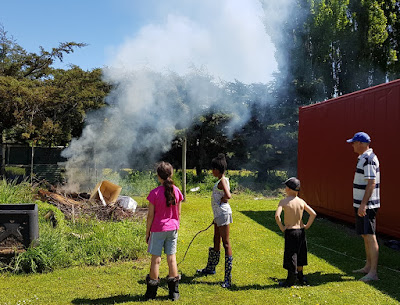 Asher spent the day with Rachiel and so it allowed us to get a lot done around the house today, as well as rest.
The children were thrilled to light the fire - but just disappointed that the shop was closed and they couldn't go buy some marshmallows to roast.
Branches are piled up here over the months, and when the weather is good, it all gets burnt. It's good to get it done now before the fire bans come in for summer. 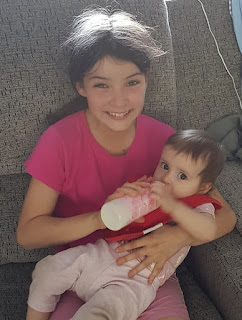 Hannah thrilled to be able to give Anastasia some milk today too. She is not actually drinking all that much yet, as we are still working out the best teat. She is still learning to drink from a bottle, so lots of extra time to practice has been good. This bottle eventually was not used anymore as she was just not getting much milk through it at all. 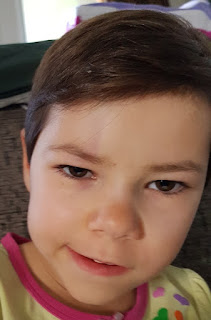 Tuesday 23rd: Asher had a seizure this afternoon. I think she was running around to get to me and didn't make it. She fell right onto the corner of the bookshelf. It bruised very quickly above her right eye, but can't really be seen on the photo that well. I should have taken a photo a couple of days later - when it was really discoloured. Poor girl. She has had a seizure on Tuesday for 3 weeks in a row now. (NOTE: This was the last one for the month though - so only 3 for the entire month - which is brilliant.)
Posted by Buckland at 10:00 PM