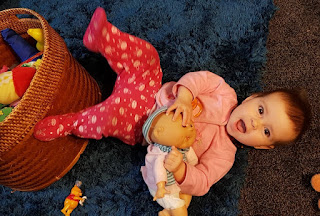 Monday 13th: Anastasia discovered this doll in the toy basket and just loves playing with it's eyes. 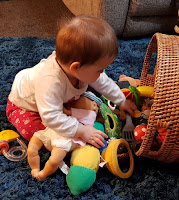 Tuesday 14th: So much fun to have a whole pile of things to look through. 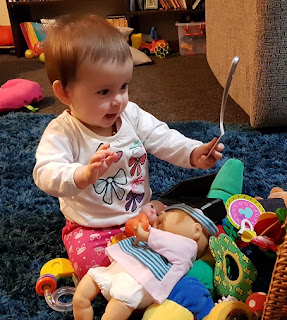 And the strangest things might catch her attention. I almost threw out the plastic banana that was in here, but it has actually ended up one of her favourite things to chew on. :-)

This morning I joined a local walking group for the first time. A good hour walk around the neighbourhood. Anastasia enjoyed being in the pouch (which was easier than using a buggy as there is a section on shingle road). 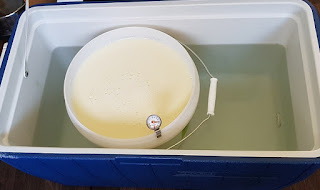 Wednesday 15th: It's been many years since I last made feta cheese. With the mild winter we have had the cows are calving early this year and so they have already started milking. As soon as we knew they were milking again I got myself set up with starter and rennet and was excited to get my first batch on the go this morning.
The chilly bin works well to keep things warm too. :-) 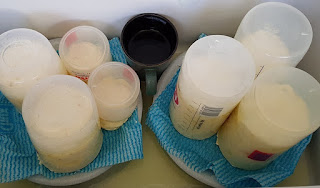 I was pleased the timing of it all worked out well and I had it in "hoops" (easiyo containers work well) before the children got home from school. 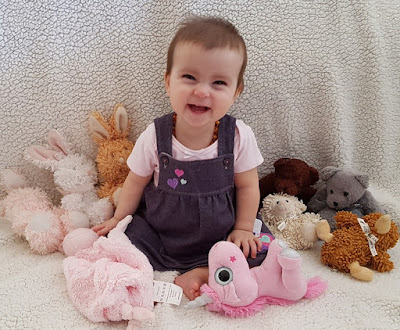 With the walk yesterday it ended up too busy to get Anastasia's 9 month photos done. So I managed them between cheese making today. 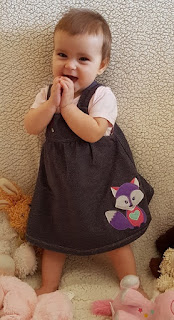 I saw that Asher was standing by 8 months, so I set her up for a standing photo too. She can balance leaning up on something for a few seconds. Not as stable as what Asher was at this age. I'm sure not having that time of pulling up on the cot plays a bit role. Anastasia just still needs to be swaddled for sleep though, so it's an area that will just take a bit longer for her. 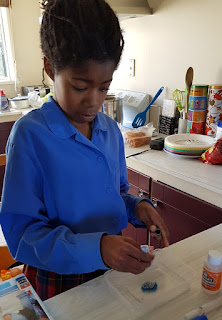 Ruth saw a slime making kit at the shops but didn't have the $25 for it. When we went on the weekend it was marked down to just $13. So with the big discount I offered to buy it and then once she had earned the extra money, she cold buy it off me. She worked diligently this week getting extra here and there, and was thrilled when she had enough to buy it today and get started. 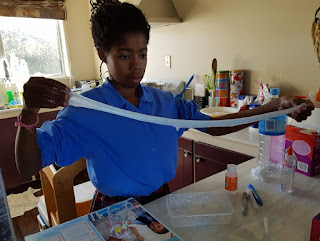 Ruth does love her slime. I have to add that she is also a great business woman. She was $3 short and so pre-sold some slime to Hannah for $3 so that she had enough to get it today.
Hannah was very happy with her purchase. 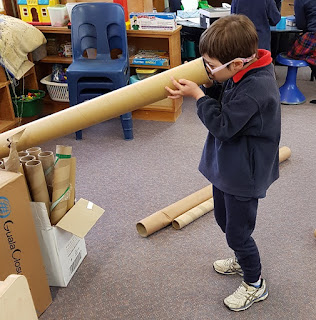 Thursday 16th: My turn to drop Asher this morning. The children were all making a lot of noise tooting through these pipes. When the teacher arrived she said they should take them outside to make the noise. Most of children just headed out to make their noise without the pipes, and so Asher was able to play with them. She went over and had a toot through the biggest ones. Thankfully she hasn't worked out how to be really loud, so she didn't make much noise at all (I don't think she could be heard from people on the other side of the room). I could hear her though, and see her trying to copy what the children had been doing. So special to watch. 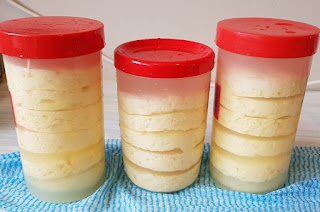 Feta into brine this morning. I was pleased to have 2,1kg of cheese from my 10L of milk. Buying Feta is a bit different in NZ to South Africa. Here you buy a 200g shrink wrapped piece. It will be nice to have a whole container in brine in the fridge. We are heading away for our getaway on Saturday, so that will help keep us from trying it out too soon. Officially it should sit for a week, but I'm not sure we will wait that long. :-)

Anastasia is crawling properly now. It's been so much fun watching her learn through the stages over the last few weeks. 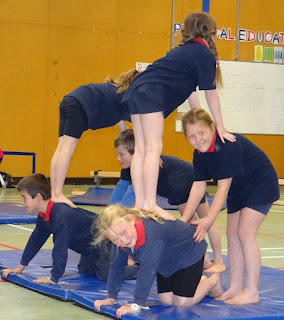 Friday 17th: There were a lot of parents at assembly today as there were two big demonstrations happening. Frist it was a street dance that Hannah was in. They also showed some graffiti art that they had created (my photo of Hannah's was too fuzzy).

And then Hezekiah's class did a great demonstration of all the gymnastics that they have been practicing over the last weeks. 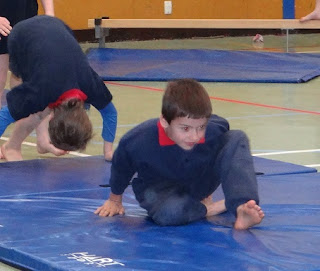 Hezekiah's forward roll was so quick and a bit like a flip on the trampoline, I don't think he even touched the ground with his back and just landed over on the front. :-) 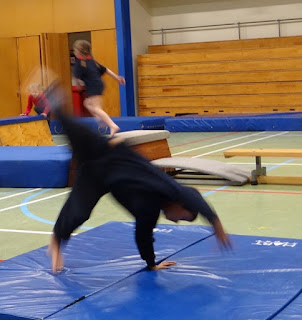 And then next time around they did cartwheels. Great job Hezekiah. I didn't know you could do a cartwheel, and it was so good. 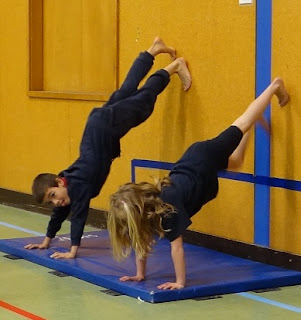 So strong and straight. Great job.
And then a nice finale below. You could see the children all had so much fun and obviously learnt so much.

Asher had a seizure at 5:30pm. It was only 45 seconds but again she knew it was coming and jumped onto Brendon's lap just before it started. 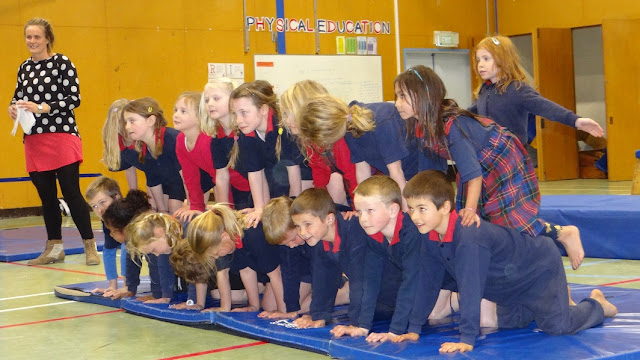