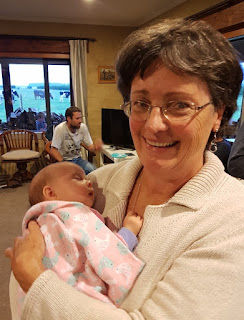 Thursday 11th: Asher had a cluster starting today with a seizure at 1pm. She ran to me and it started just as she got to me. She went very blue.
The next one was Friday 1pm. She had been pacing the whole morning and even though I gave her the midday medication a bit early, it didn't stop the seizure coming.
Then on Saturday it was 3pm.
On Sunday it was 9:30am, just as we were leaving for church, and then 4pm. She started with a slightly elevated temperature through the afternoon and was not eating. At about 6pm she was so unsettled that we gave her a dose of Midazolam (the one for long seizures) and that must have helped break the chain. Thankfully she had a quiet week after a really hard weekend.
Friday 12th: We have gotten to most of the summer BBQ and bible studies this season. This evening it was so sweet to see how Anastasia had fallen asleep. Holding on to Josie's necklace. So cute. 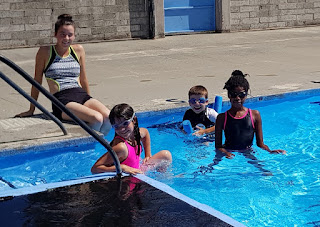 Sunday 14th: Brendon watched Ashe and Anastasia and I took the others to the pool.

Hannah has been practicing doing backwards flips. She is getting good at keeping nice and straight. 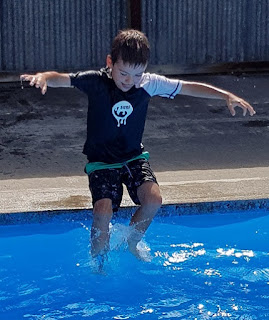 Hezekiah decided he wanted to learn to jump in. He jumped off the step and then had the confidence to try from the side of the pool. At first he was jumping a little bit too close to the side and leaning back a bit. Thankfully he didn't bump the side and quickly learnt to lean a bit more forward and also jump far enough in. 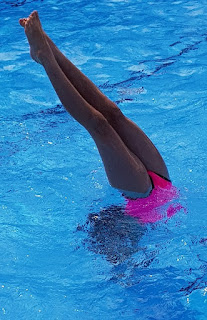 I gave Ruth some swimming lessons and then just before we left Hannah wanted me to take a photo of her doing a hand stand. I was a bit slow with taking the photo and she was on the way down already. But she had her legs nice and straight. 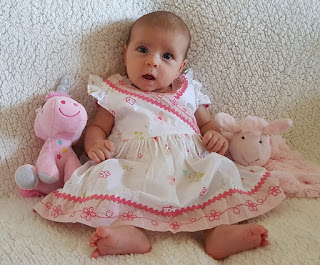 2 months photo shoot. Keeping up the tradition I started with Rachel (before digital cameras) of putting the amount of teddies next to her to show how many months. 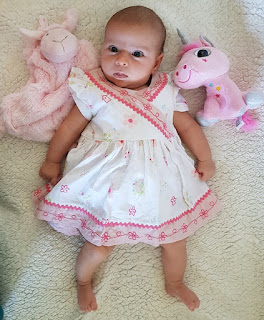 She has hardly put any weight on this last month, but has grown taller. She is looking healthy and that is what I have to keep focused on (rather than worrying about the scale). 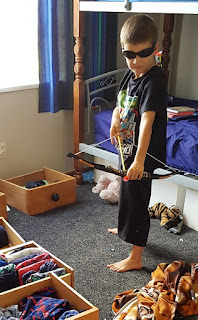 Monday 15th: Ruth wanted to swap draws with Hezekiah, so they both had a clean up in their draws today. Hezekiah was thrilled to find his black glasses recently. So they are an active part of his games again. 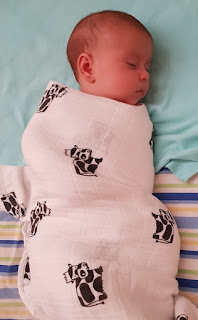 Tuesday 16th: Anastasia was really struggling again last night with stomach pain. So I gave her another dose of the homeopathic remedy that helped before. She had a good sleep but was struggling again after her early morning feed. When I eventually held her lying in my arms quite tightly, she calmed down. So I decided to try swaddle her again (I had tried weeks before but it didn't help then). This time it worked a charm and she slept so well. I started swaddling her for ever sleep and it has helped so much. It's not ideal when the weather is as hot as it's been, but at least she is getting good sleep. 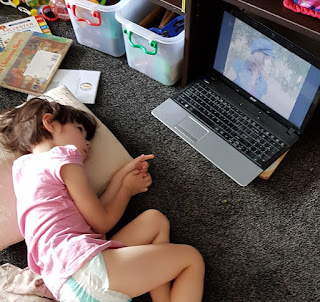 Asher wasn't looking great today. I even put a nappy on her as I thought she was going to have a seizure. Thankfully she didn't have one, but enjoyed just resting and watching some of her music dvds. 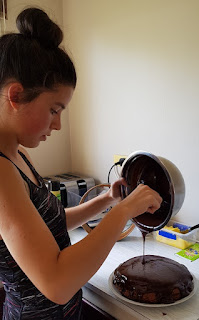 Rachel doesn't work on Tuesdays, so today was the day to make Dad's birthday cake. Debbie arrives this evening, so we will enjoy it tomorrow (although his birthday is only on Saturday).
Rachel will be going to a cake decorating course on Feb 5th, so we decided we would use that cake for Asher's birthday cake. So this year's cake theme will mostly be Rachel making the cakes. So with me around to advise and help where needed, she made the much enjoyed Chocolate mousse cake. It takes 1kg of chocolate and 1l of cream. The only other ingredients being some butter, eggs and a bit of sugar. She did really well and everyone is very excited about enjoying it.
Although I never want to make cakes for sale, Rachel is keen on potentially starting a cake making business. So it will be great practice for her this year. 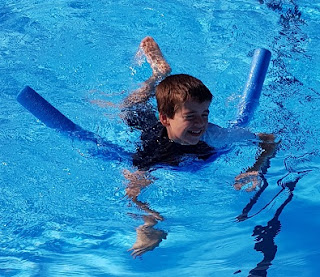 I took the children to the pool again this afternoon. Hezekiah started off practicing his swimming with the pool noodle under him. 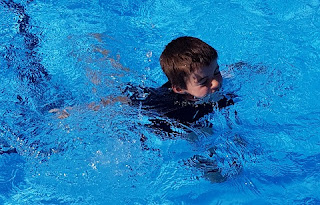 But was soon happy to practice without the noodle. 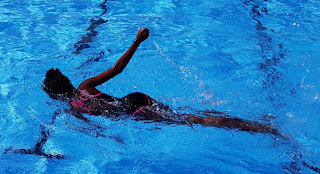 A bit more practice and tips for Ruth. Next time we need to work on her breaststroke. 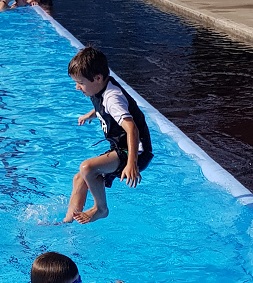 Hezekiah wanted me to take a photo again of him jumping in.
Posted by Buckland at 10:00 PM