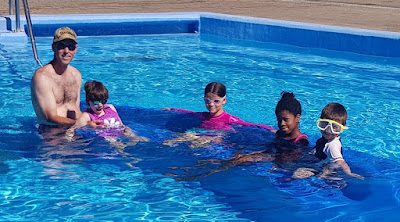 Saturday 20th: On boxing day we were gifted not only free pool entry, but also vouchers for accommodation, meals, putt-putt and the bicycles. So I didn't think too much about it and just booked. It was wonderful that we could get accommodation for this evening, being Brendon's birthday and having Debbie visiting. What a wonderful treat. From start to finish. 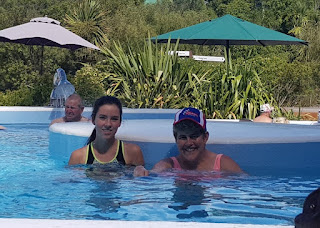 An opportunity for us to try out Asher's new goggles (with polarised lenses) and for Debbie to experience Hanmer's Hot pools. The hot water is so very good for Debbie's muscles - so she really enjoyed and benefitted from this special outing. 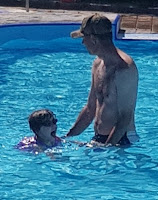 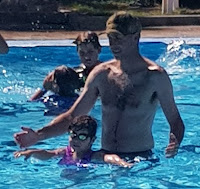 While packing togs I found the blow up togs that I got for Hannah. They fit Asher and worked wonderfully. I was a bit concerned about how Brendon's low energy levels would cope with holding Asher in the pool all the time, so this was a real blessing. They were just a bit too far away that I didn't get nice photos. He had to keep an eye on Hezekiah too - so it was still quite a busy time for him. 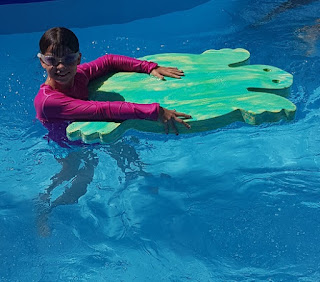 Hannah was allowed to swim by herself (the life guards had told Brendon he had to keep an eye on Hezekiah himself too). 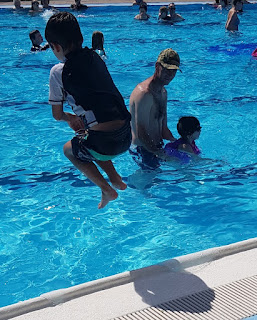 So it helped Brendon when Hezekiah came to join them in this pool. He loves jumping in now. He told me he was "diving" because he had his hands together in front of him. :-)

Asher looking cute with her princess towel. They all came for lunch and then headed back to the pools. 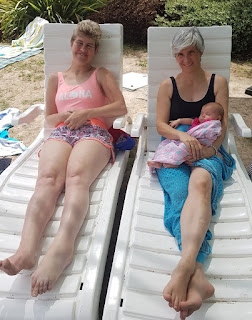 Other than walking around to take a few photos - I spent most of the time in the shade. These chairs had been "booked" with bags but after a couple of hours I just moved the bags off and we could enjoy a more comfortable seating arrangement. In all the hours that we were there we never saw the people who had "booked" them.

Below: Debbie off to enjoy some of the rock pools before we left. So I made sure I got at least one photo. 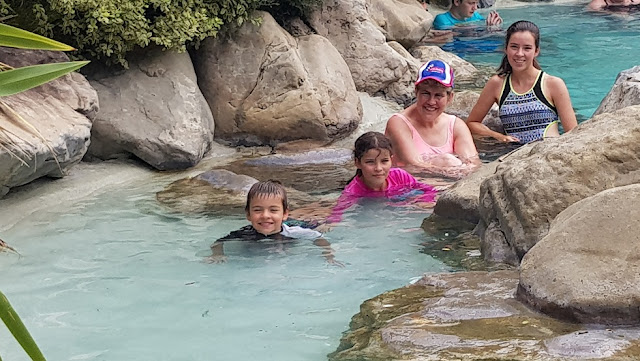 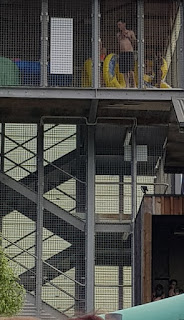 Ruth decided she want to pay to go on the rides today. I was pleased I managed to get some photos as there were such long queues today.

It was nice to get the fun photos below of her arriving at the bottom. 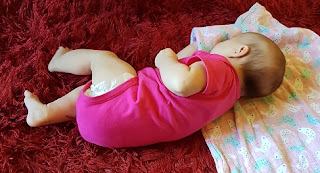 And Hezekiah had fun on the playground slides too.
Then we got to the house we had rented for the night and got everyone dry.
Anastasia almost rolling over. 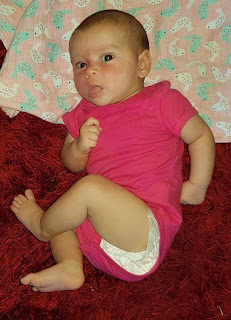 Even though I tried to keep her out of the sun, she still got a bit burnt on the right side of her face. Probably from the times I was walking around taking photos.
Sorry my little girl. 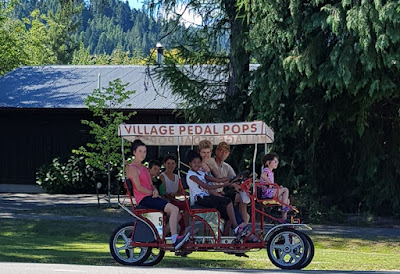 Anastasia and I then stayed home so she could have a nice nap. The others went for a bike ride. 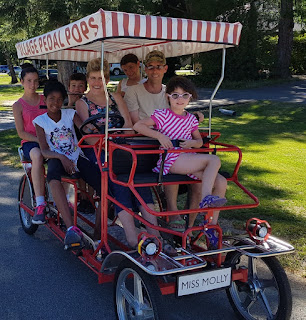 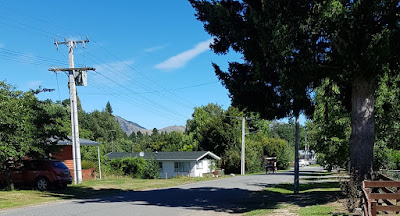 And such a lovely little town to ride around. 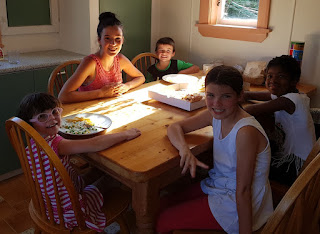 We had vouchers for two restaurants. So we used the one to buy pizza and hot chips for the children.


And then we headed out for Brendon's birthday dinner. Debbie's birthday was on the 8th of Jan, so it was nice to celebrate with them both. 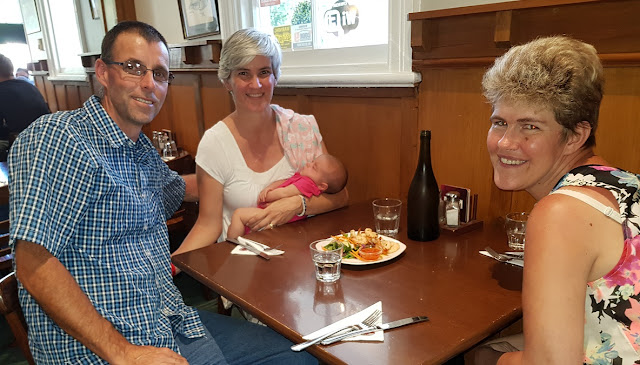 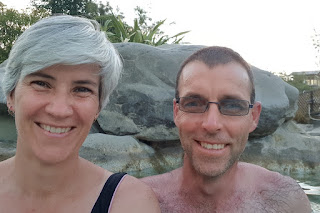 And then once Anastasia was down fed and asleep, Brendon and I headed to the pool so that I could have a swim. Thankfully we could get return passes as I had not even managed to get in earlier. It was nice for us to be able to have this bit of time alone together. 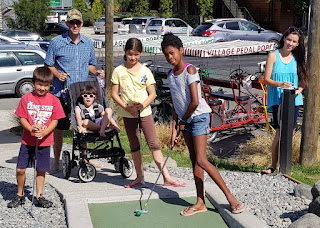 Sunday 21st: Debbie did some shopping, I fed Anastasia and then joined Debbie, and the rest of the family enjoyed putt-putt.

Asher did really well sitting in her buggy watching them for most of their game.

What an amazing backdrop.

An amazing treat in so many ways. Thank you so much for joining us Debbie. 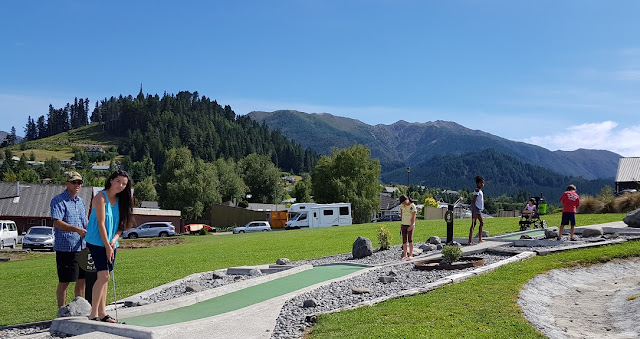