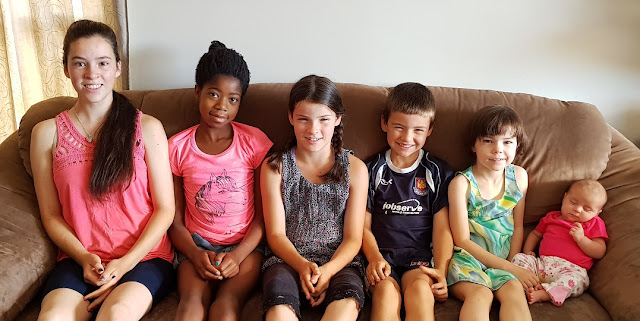 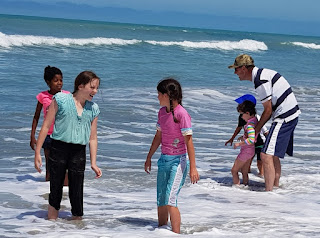 First children's photo for the year.
Brendon has this week off. It's great having the 1st and 2nd as public holidays as it means he only has to take 3 days leave to have a whole week off.
Rachel and Daniel headed down to join his family for a picnic lunch before heading to the beach. We had lunch at home and joined them a bit later. 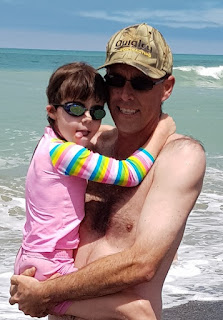 It gives us the first opportunity to try out Asher's new goggles (with proper polarized lenses - as recommended to try by her neurologist). We were thrilled that they worked and she didn't have a seizure or even any pacing and we were able to stay for hours. 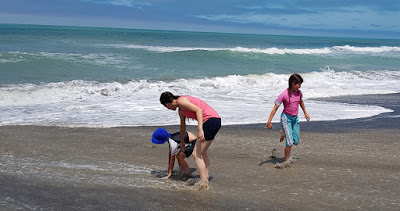 It didn't take them long to get into the water. 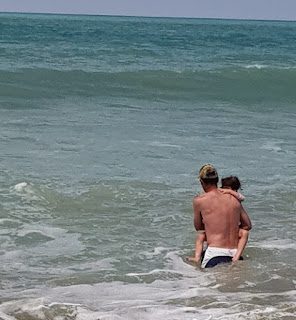 Brendon took Asher in deeper. She just loves the sea so much. 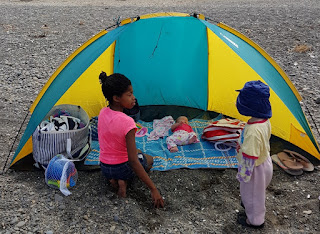 I brought this little tent with for Anastasia and I. My parents bought it for us when we lived at the coast in South Africa when Rachel was just a 2 year old. So it's done very well for being 14 years old. 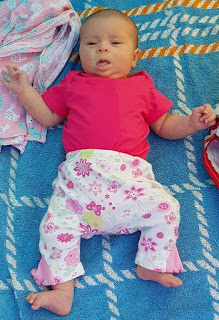 A few of the older children went in deeper. It's not the beast beach for swimming though, so they had to be really careful.
The beach was chosen for sentimental reasons - not swimming, so no one minded. It was still loads of fun. 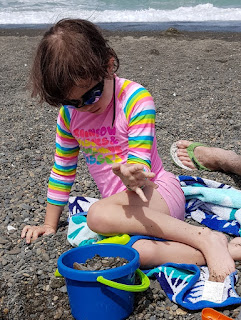 Eventually Brendon had to bring Asher out as she was so cold. We managed to eave her goggles on for a while as we weren't sure if looking out over the water would affect her. Thankfully she got really into playing with the stones, so we could eventually take them off and her glasses were enough.
We had a bit of a problem with her throwing the stones, so it was good we had her bucket with to give her something specific to do. A bit later Brendon did allow her to throw, when it was a specific game they were playing - with no one in front of them. It looked so special. Brendon, Asher and Philip (who was having great conversation with Brendon) all sat throwing. It would have made a lovely photo - but I missed it. 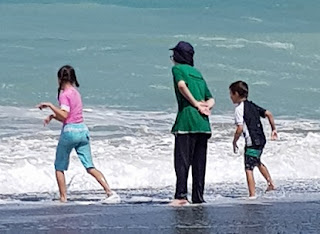 Hannah, Hezekiah and Jonathan had a great time together. They spent so much time in the water (more than anyone else).
They did come out at one point to warm up, but it wasn't long before they headed back again. Such wonderful memories made today. 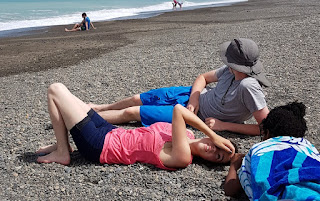 The young couples enjoyed the time to just sit and chat. 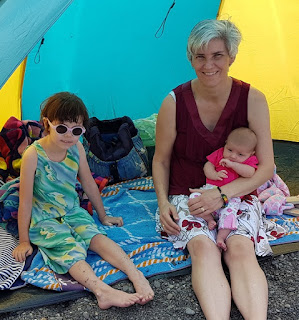 Asher warm and enjoying sitting in the tent with Anastasia and I. We had to move further up on the beach as the tide started coming in. Katrina (Mrs Sampson) sat with us and we had such a good time chatting.

Then the big spades came out to dig a moat. 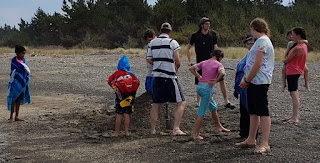 It didn't take long to decide to burry Daniel's legs. Brendon enjoyed getting in on that action.

I'm so glad we got to enjoy the day with the Sampson family. It was such a lovely afternoon of fellowship and fun. 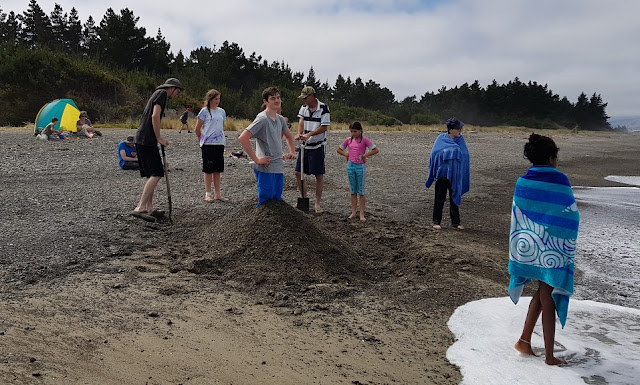 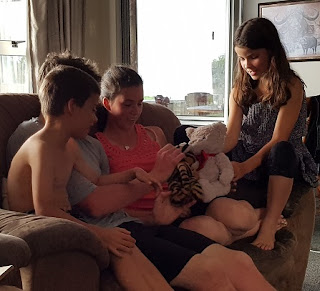 This evening the entertainment was a puppet show with some of Hezekiah's teddies. Hannah didn't take long to get into it. 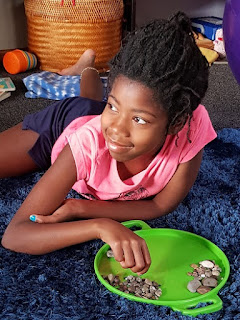 Ruth was sorting the stones she collected on the beach, but enjoyed the show too. 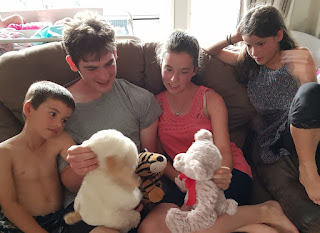 Then more characters were added and Rachel took over from one of the teddies. 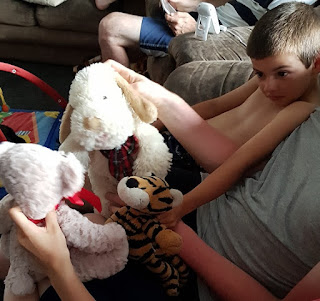 Hezekiah enjoyed being his tiger too.
A fun end to a very fun filled day.
Posted by Buckland at 10:00 PM