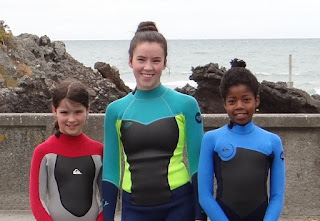 Parent to Parent organized a Sibling Day today - surf lessons. Brendon took them to the beach and took photos for me. :-) 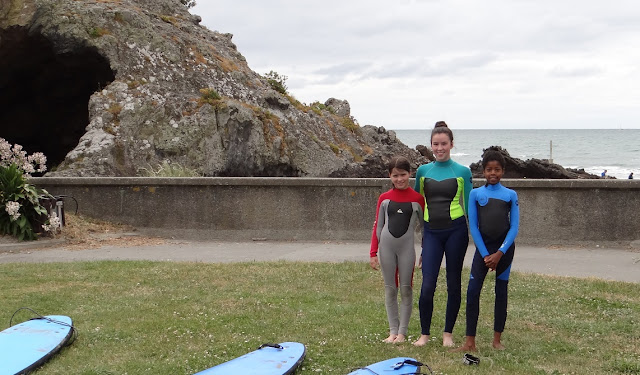 First the instructions on dry ground. 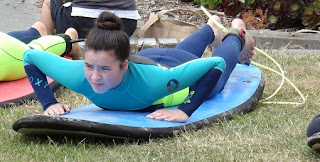 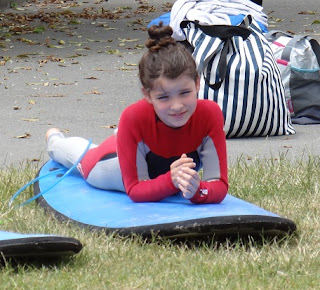 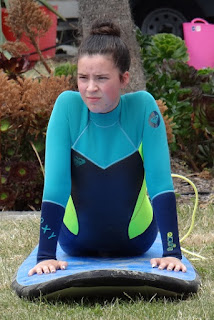 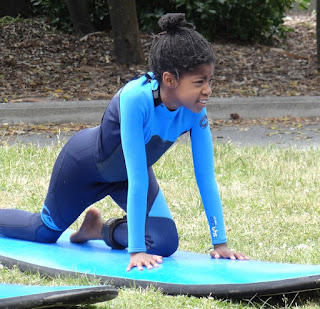 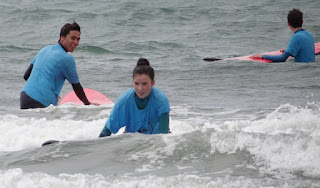 Then into the water to try it out. 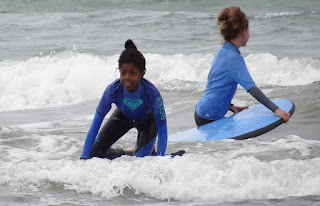 It was a bit tricky for Brendon to spot Rachel as they all had the same tops on. Ruth was easy enough to spot. ;-) 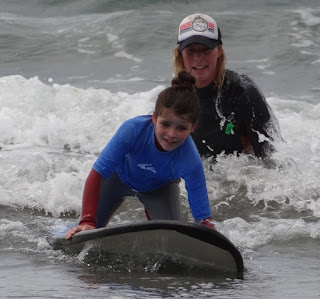 And Hannah was easy to spot too because she stayed in the very shallow water to start as she was very scared. 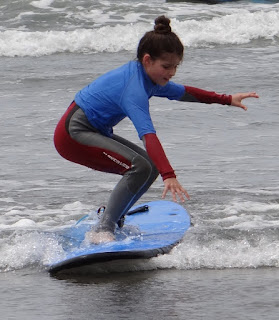 She ended up doing so very well and when I spoke to her about how well she had done, she said "it's because I was scared". And she figured it out actually. Because she was afraid and stayed so shallow (ankle deep), she got into it really quickly. Then the lady encouraged her to go a little deeper and eventually she was going out to chest deep. Ruth was eventually at shoulder depth.

Falling was obviously a big part of the day (and the reason Hannah stayed shallow - not wanting to fall into deep water).
Brendon just happened to get this photo and Ruth has said I can include it. I like it actually because of the lovely smile on her face. She said falling off was scary but also fun. 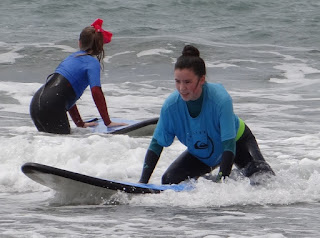 When we discussed it afterwards we realized why Hannah had more success than the other two. They were shown that getting up was a 2 part process. The older girls took too long to get through these two positions (Rachel stuck here in the first position). Hannah went from one to the next really quickly and so got up without loosing her balance between the steps. 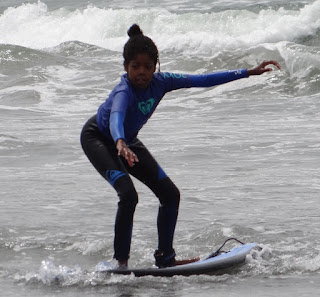 It was hard for Brendon watching all three and trying to get a photo of each one of them up. So it was great that he got this one of Ruth nicely up and stable. 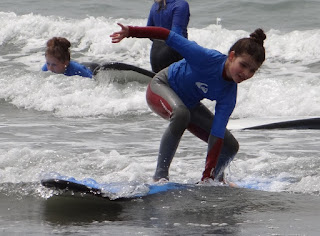 Hannah was a bit easier though as she got up so many times. 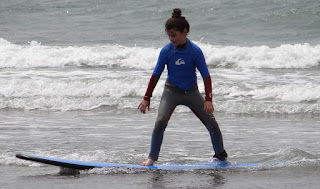 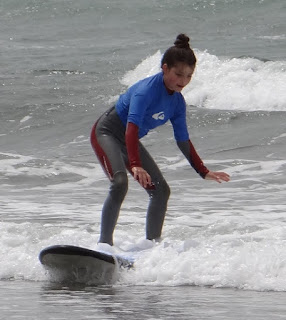 So nice that even though she was so afraid to start with, she ended up doing so well and having so much fun. 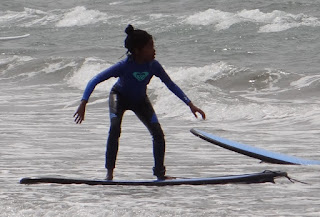 Another one with Ruth up. 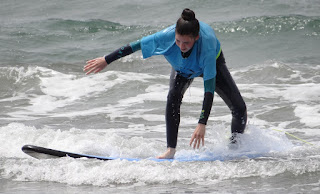 And he got one of Rachel up too.

What a great day for them with such special memories. Big thanks to Parent to Parent and their sponsors for making it possible.
Posted by Buckland at 4:30 PM