Postponed party with a pal 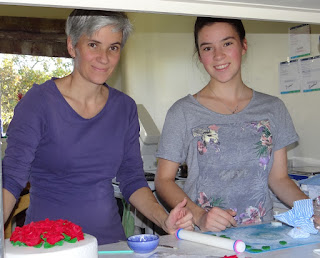 Saturday 13th saw Rachel and I very busy with cake preparation for tomorrow. 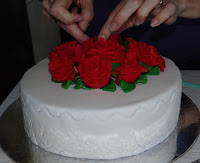 Even though Rachel had the idea of her cake worked out, she still wanted my help with covering the cake and putting the flowers and leaves on. I was glad I could at least help a bit. She did a great job with the roses. 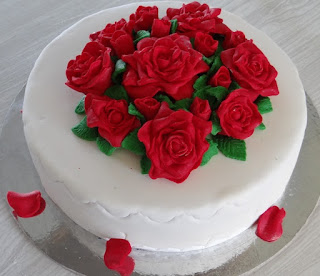 Such a beautiful cake Rachel. Well done.
No candles anymore, so I suggested she make 16 roses to celebrate her 16th. The theme for her has been Beauty and the Beast (as we watched the movie together as her birthday treat). So the red roses worked well with that theme. 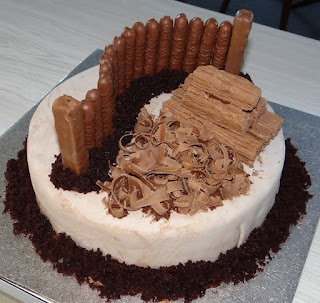 I often spend time in my sleep planning the birthday cakes during the weeks or days leading up to the children's birthdays. This time Rachel had such a clear idea of what she wanted and was going to do all the flowers herself, so I was left with nothing to dream about. So my mind filled the gap and I came up with an idea to do a matching cake for Daniel (matching in shape and covered with fondant) but with a wood theme (as that is what he is really interested in and good at). So I thought of flakes for planks of wood, and shaving of chocolate for shavings of wood. Rachel had a great addition to the plan though as there was a funny story about a crooked fence. So his cake got a crooked fence too. And as he is turning 17 this year, I decided the fence may as well have 17 posts. :-) Thanks for letting us join in with your birthday celebrations Daniel, and allowing me to enjoy some cake creativity. 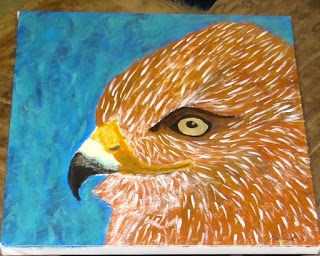 Just as Rachel was going to wrap Daniel's present I remembered I should take a photo. Here is the finished product. It's much better "in real life" though (especially as this photo was taken at night with a flash). The paint is shiny and even the blue background has a lovely sparkle to it. It really did work out really well Rachel. Good job.
Early on Sunday morning Asher woke to a 1 minute Tonic Clonic. Just an hour later, at 3am, she had a 2 minute Tonic Clonic. She had started coughing yesterday, and so guessed she was getting sick. That's normally the only reason for seizures at night. As per the neurologists previous advice, we gave her an extra dose of her  daily AED.

Thankfully that seemed to be enough to just stop the seizures right there and even though she had a rough week with a sore throat and fever, she didn't have any more seizures.
On Sunday morning we drove through to join the Sampson family at their church and then joined them at their home for lunch and cake. 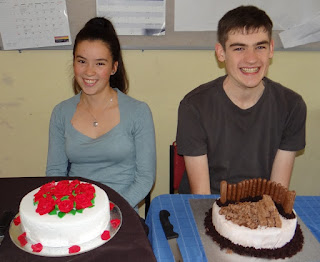 We had a lovely lunch with a great range of things to eat (especially helpful with some fussy eaters - thankfully we aren't the only family with those). I take my hat off to them for getting 20 people at a table for lunch. It was great.
And then for desert we enjoyed the cakes.
Say "cheese"! 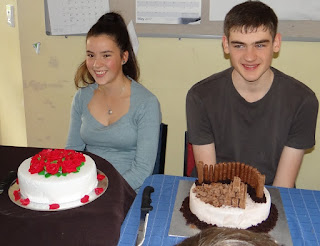 And smile for the other Mum with a camera. :-) 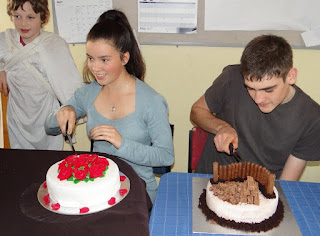 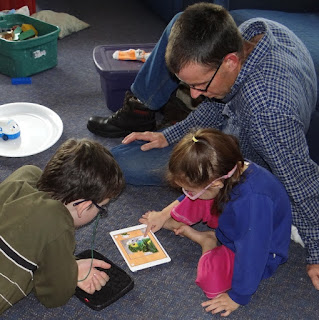 Asher did so very well today. With not feeling 100% either. We had a good range of things to keep her busy (and feeling "at home") and I was so pleased with how it went. She introduced the Sampson family a great free puzzle app. And they in turn introduced Ruth and I to the fun of doing bigger puzzles (as you can set the puzzles at different sizes - all the way up to 400). 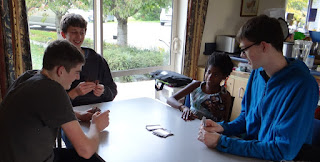 Some of the older boys introduced Ruth a game that is only really fun for those who have played it before. The new person is not told any of the rules and just has to learn as they go. They tried it on Brendon but he walked away rather quickly (as most people would). So well done Ruth for playing two games with them. She didn't loose the 2nd time either - so that was impressive. 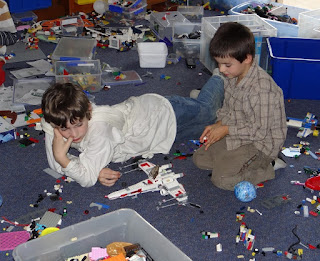 Hezekiah absolutely loved the lego room again. The boys had so much fun and we hardly saw them through the afternoon. 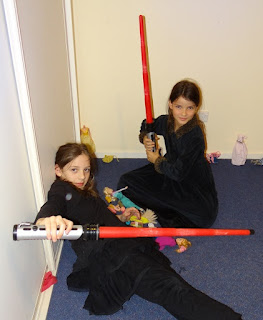 These two also just picked up where they left off last time and had a great time together. They both love star wars and playing with dolls. :-) 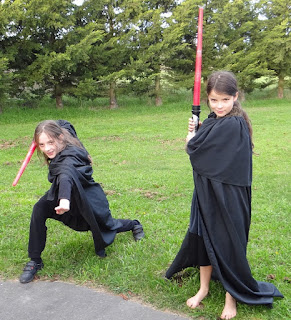 And then some outside Star Wards shots. Sorry for the delay in getting these to the Sampson family. They know how to really spice up photos - so I look forward to seeing their work on these. 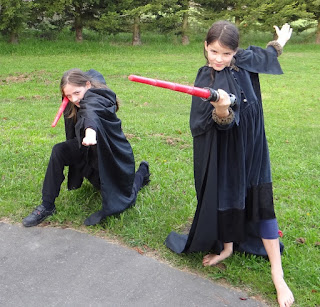 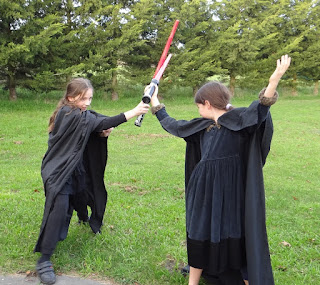 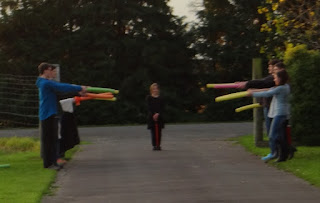 Rachel will be traveling with the Sampsons to the JumpStart camp tomorrow, so she stayed behind. She was thus included in the farewell party. 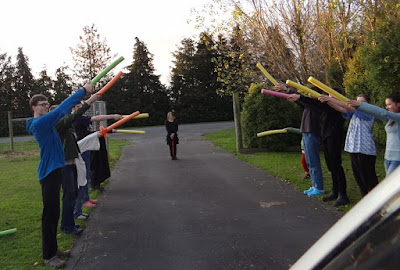 Thanks for a great day.
Posted by Buckland at 10:00 PM