A fun filled day at camp 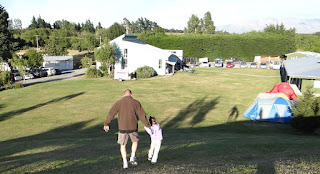 Not even 8am and Asher is up the hill already. I decided to take a photo from the top to give you a better picture of some of the camp site. 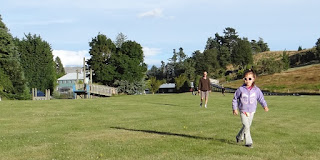 We convinced Asher to go for a walk (to give our legs a break from the hill) and so we headed off down the huge field. I had to run rather fast to get in front of her for this picture. There was a field of sheep need the end of the field, so she enjoyed that. 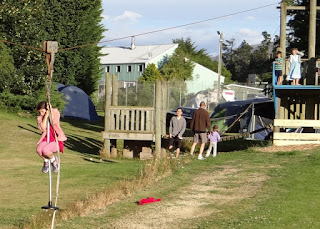 Then we headed back up to the park area. I was pleased to have gotten this photo of Hannah showing off on the flying fox. :-) I'm impressed Hannah.
And then just after this Asher had a 1 minute Tonic Clonic. I still had my camera out but quickly ran over to her and Brendon. I think my camera cable must have bounced out of my bag at this time, as when we got home it was missing.
I went to our room with Asher so that she could have a sleep and Brendon headed out with the camera. 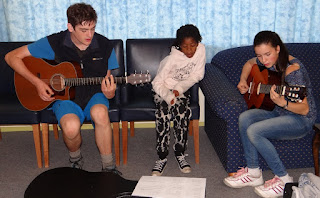 First was to get a photo of the practice session that was happening for the camp concert tonight. Daniel arrived early this morning to spend the day at camp. These three have been practising this song over the last couple of weeks in two different locations, so it was nice to get them together for a practice today. 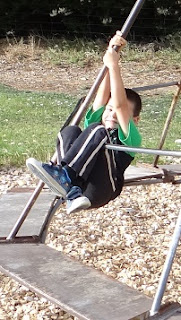 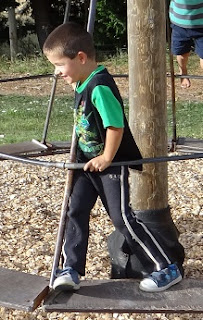 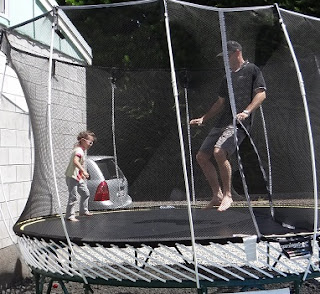 After lunch Asher was asking to go on the tramp again. We had said no to her yesterday, but thought that perhaps because she had already had a seizure this morning, she would be ok. She had so much fun with Dad. I managed to get the next two photos and then was called over as Asher was having another seizure. Another Tonic Clonic but this time lasting 1 1/2 minutes. I'm thankful they were both short today. 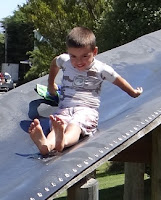 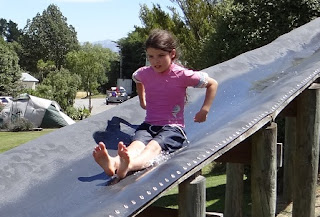 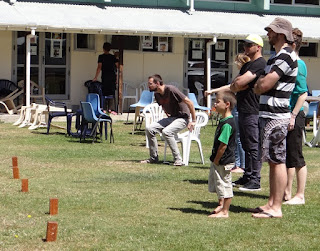 I was again with Asher sleeping in our room and Brendon headed out with the camera. It was lovely for me to hear that Hezekiah had been included in one of these games. He was really interested and I am so pleased they allowed him to join in.
I love this photo Brendon got of them all looking while the other team has their go. 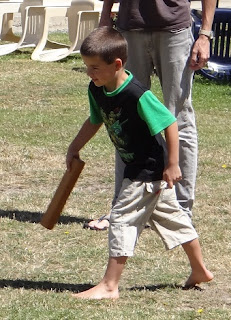 Hezekiah was not just a spectator. Such a great in action shot. 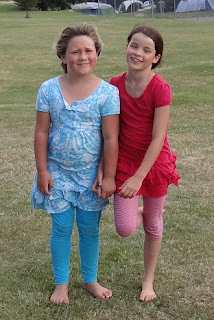 Hannah and her friend Ruth. They played so wonderfully together last year and just picked it up again this year. They were almost always together. Hannah had such a great time. 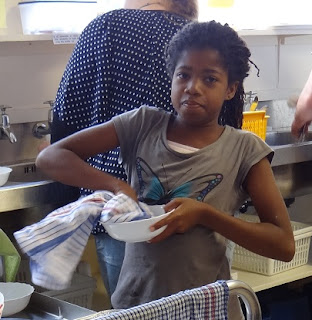 Ruth didn't have many friends her age at camp. She had wanted to help in the kitchen though (as she did last year) but had more courage to get involved this year (and go and ask what she could do). So that was great to see. She was again included in many games with older children, so she also had a good time. The thing I wish I had gotten a photo of was her playing table tennis. I heard that she has really improved amazingly since last year. There was an older boy who played with her and he commented on how well she was playing. Brendon was also really impressed when he got to play with her. Nice job Ruth. 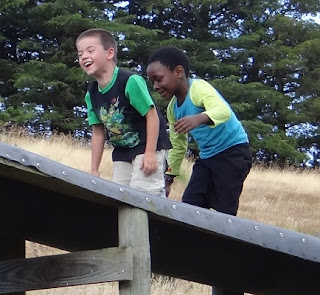 Hezekiah had so much fun with M (I have no idea how to spell his name). The funny thing was that yesterday Hezekiah said to me "Mum - this is my new friend" and I told him that he had actually played with M last year at camp. When I spoke to M's mother, she said M hadn't remembered coming to camp last year. They have both turned 5 now though, and I am sure they won't forget each other now. They had such a great time together. 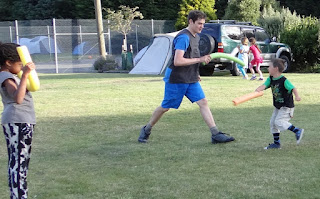 Daniel had brought some pool noodles with as "swords" so they had some fun with those this afternoon. It was so funny watching Hezekiah because for the first few minutes he was just walking towards Daneil swinging madly. Eventually he got the hang of standing more still and blocking too. :-)
Ruth tried one out as an instrument. It reminded her of the Didgeridoo we have. 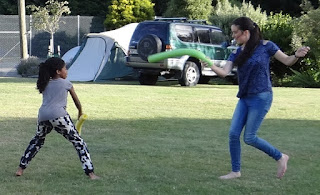 She did get some fighting in with Rachel too.

And then it was the Talent Concert in the evening. I didn't think ahead before starting the video - sorry. Half way I realise I will see better on the steps, so I hope you don't get sea sick as I walk over. I didn't want to stop recording. They sang really well and I was so pleased to be able to hear Ruth. She harmonises so beautifully and I wasn't sure if we would be able to hear her in such a big hall. After this Brendon joined in for a bit of fun and laughs with a verse in a bit of an opera style. :-) 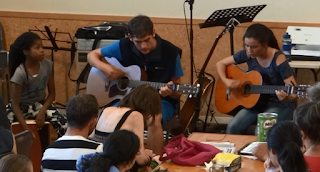 And then it was Daniel, Rachel and Ruth. I was surprised to see Ruth on the drum That was a clever last minute addition. 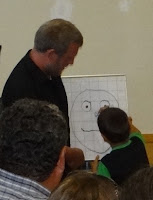 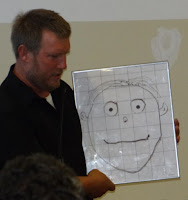 Everyone was very excited when James came up. We all enjoyed his ventriloquist puppet last year. It was a bit confusing when he got the children to draw this face. Hezekiah added the nose, and then Hannah added some ears (which got a laugh as they looked like Shrek ears - nice touch Hannah). 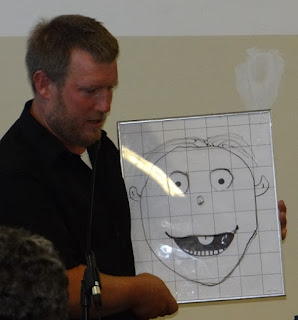 The first surprise was when the eyes started moving.
And then it started talking. So much fun. 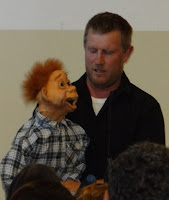 We were all pleased when he brought Danny out again this year. 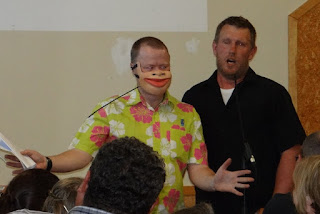 And then we had a good laugh. If any of you have seen one of these before you will know how funny it can be. Jonathan was such a good sport.
Posted by Buckland at 10:00 PM