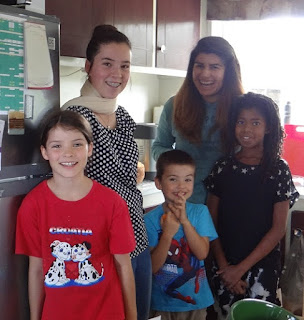 Hannah had put a notice up on the board about a surprise for Dad. Everyone who wanted to join in needed to meet in the kitchen when Dad got home. So they all crowded into the kitchen and gave him a big fright when he walked in and they shouted "Happy Birthday". They had so much fun and it was a good laugh for Brendon too. 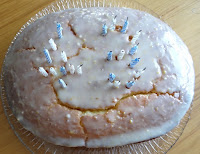 I decided at the last minute to make him a cake today. Ruth wanted to put candles, so suggested writing 43 with them. 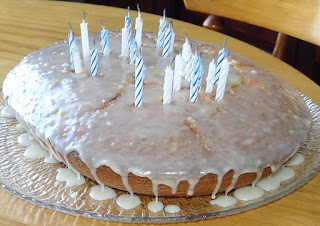 It was a Gluten and Dairy free Lemon Drizzle cake and it was a great success. It was very rich, but wonderfully light and fluffy.
For those who are wondering, I did use normal sugar. I was already changing it from butter to coconut oil, so didn't want to mess around with it too much. We compromise with our "no sugar" for birthday cakes. :-) 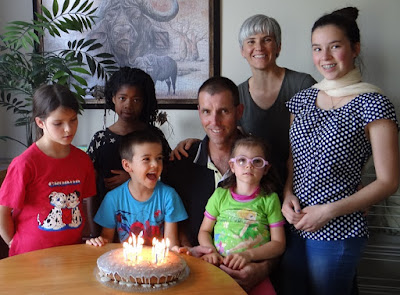 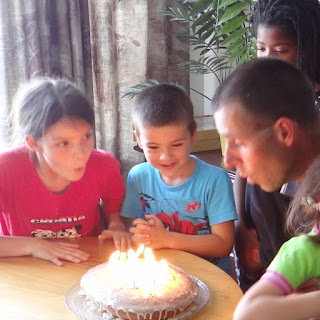 And the kids helped blow the candles out. 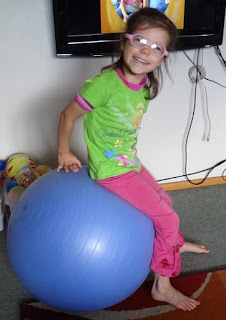 Asher is getting really good at bouncing on the balls. So good for balance and just so much fun. 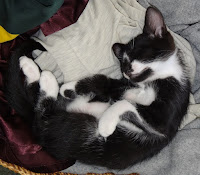 Anakin has a favourite sleeping spot for during the day - in Brendon's clothes basket. :-) 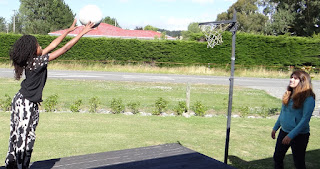 This afternoon the girls got into netball again. 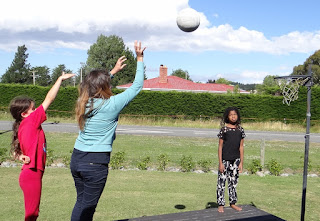 So nice that Arianna is so good as it motivates the girls. 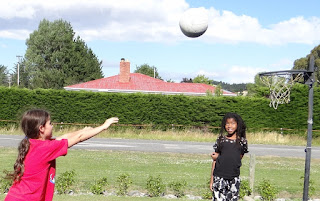 I can't leave any of them out - Hannah taking a nice long shot. 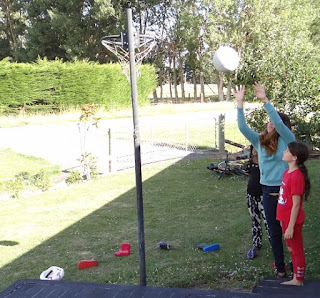 And then they started a new game - around the clock - where they have to shoot from different spots. They only move to the next one once they have gotten it in at the current one.

And then we headed off to bible study and the ball and game just changed - they continued with their fun. 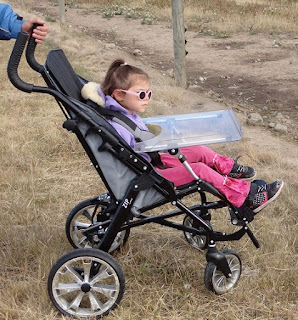 Asher was happy to go into her buggy when we arrived today, so Brendon took her for a little walk. She loved looking at the pigs and was so relaxed. A great start to the evening. 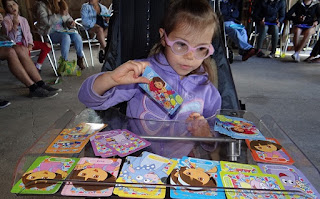 We headed back closer to meal time and she happily ate. Once she was done I pulled out her bag of games and she had so much fun. 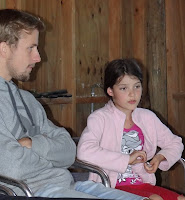 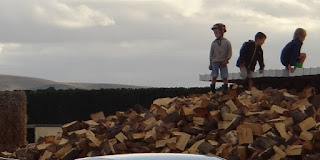 I took this photo even though it doesn't capture the moment well at all. It just serves as a reminder. Hannah sat next to Arianna and she had this guy on her other side. She had never met him before but got chatting away. At one point they were both laughing so hard. It was so fun to watch her, just so relaxed and talking so passionately as she so often does.
Hezekiah and the boys climbed up the wood stack to get their ball back. He has so much fun with them each week. 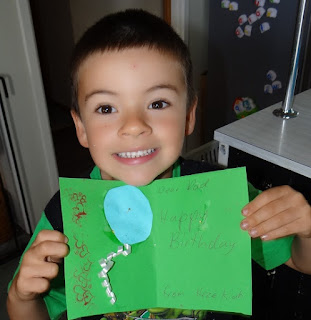 I remembered to take some photos of the cards they made for Dad.

From Ruth, Hezekiah and Hannah.

Hannah had asked everyone in the family what their favourite colour was and she dressed their picture accordingly. :-)
Posted by Buckland at 10:00 PM