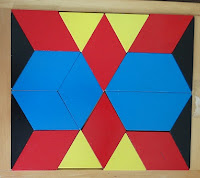 Saturday 3th: While Brendon, Rachel and Hannah were at their karate assesment Ruth kept herself busy with some creative games. First she had fun making patterns with these puzzles. She always enjoys having photos taken of her creations.
She was looking for some other creative games and we got out these two that Graham (my brother) gave us. 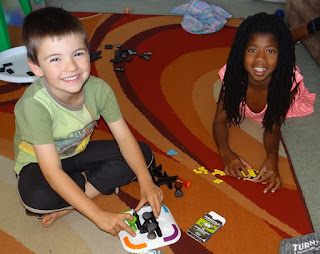 Hezekiah had fun trying to work out this game - where you set it up according to the card and then try and move the colours to their correct corner.

And then we walked up to the school to have a look (and for me to take some photos). And it's not like ballet - they don't need to all be in time. They need to focus on doing this correctly - at their own pace. 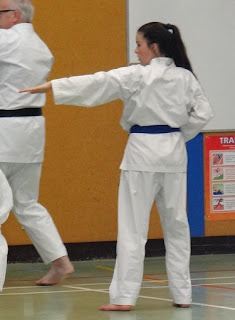 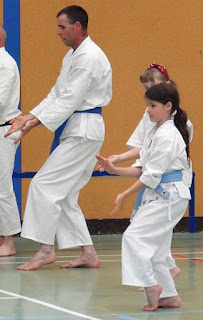 Some photos of the katas. This was what I specifically wanted to come and watch. It was a bit tricky as Asher was not really happy to be there. They said it wasn't a problem as part of the karate training is to stay focused, despite distractions. So they just used her bit of noise when we arrived as an opportunity to teach. Hannah is especially passionate when she does her katas. She is always such a pleasure to watch.

The snesei that was taking notes for the assesment is in a wheelchair. I don't know all the details, but I know he achieved some of his black belt dans while in the chair. He is so strong but also such a down to earth guy. They always enjoy having his feedback. I just don't know how he manages to watch them all. 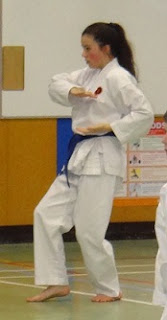 Rachel is really good with her katas too. She picks them up so quickly (the dancing background helps her). They all skipped white tap and went straight to blue. With this assessment they were all hoping to skip blue tab and go straight to yellow (which they all did). We heard afterwards though, that if it hadn't been for Rachel missing 2 months due to her ankle injury (as attendance is a part of the requirements), she would have possibly been able to jump right up to green belt. So she really is doing very well.

Below: Doing some 2 man katas. We couldn't quite figure out what was going on with Rachel and the other assesor, but then she explained that he had asked her what was next, and so she showed him before they actually did it.
Brendon pointed out that they should have swapped partners, as their heights would have been a better match then. :-) 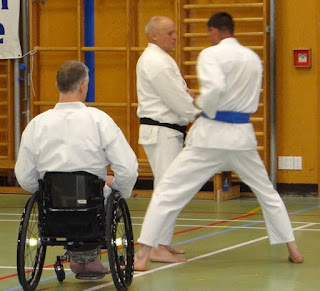 I'm glad I got to watch some of it. So proud of them all for working so hard for this (and getting fit while they do it). 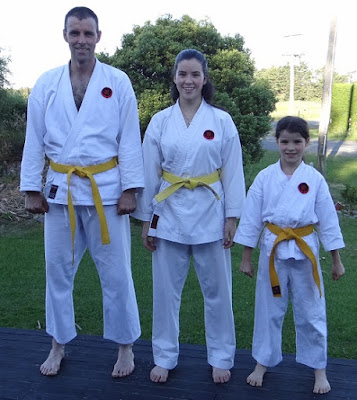 They only found out on Monday at training that they had all gotten their yellow belt (that's when this photo was taken) but I thought I would pop it in here. Well done you 3.
For those who are wondering, Ruth only attends once a week (rather than twice like these 3) so she can only do one assessment per year (which she has already done when she moved to blue belt). 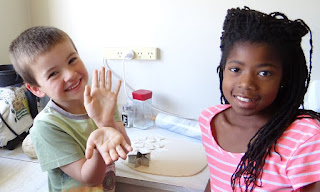 After lunch we started on our Christmas card decorations. We decided to go for stars this year, and used a baked play dough.
Hezekiah had fun helping cut some stars too. 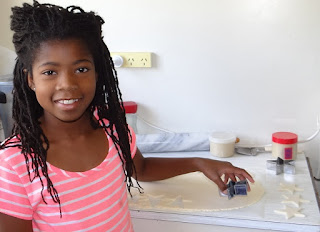 Ruth and I got loads done together though. 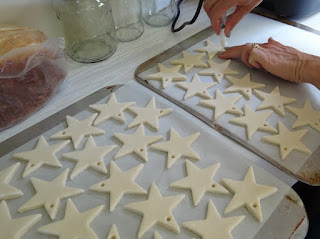 We got a nice little rhythm going with her cutting and then I put make the little holes for the ribbon. 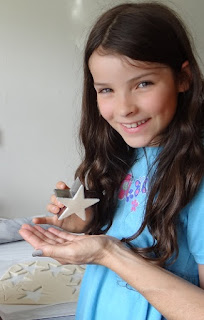 Hannah did also get to help out at this stage too though. So fun to have them all being a part of the preparations. 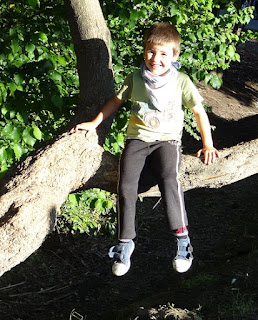 In the evening we headed down to Amberley for Carols in the Park. Hezekiah had a great time running around with friends, climbing trees and enjoying the play ground.
Asher also spent most of her time at the play ground too. 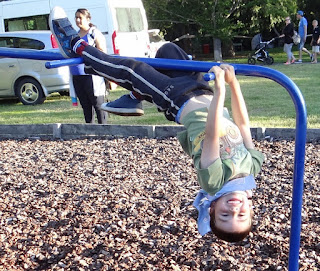 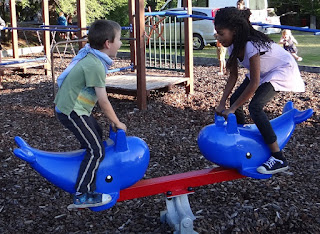 Ruth split her time between the play ground and the carols. 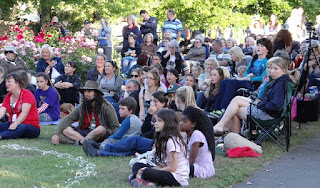 Hannah and Rachel spent most of their time watching and singing though.