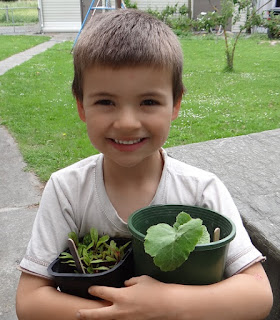 Saturday 10th: I didn't even see Hezekiah through the afternoon yesterday, so on Saturday morning he showed me the plans that he brought home from school. 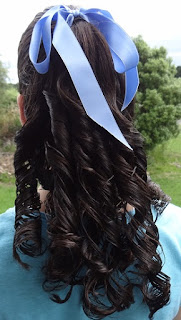 They have had a unit study about plants happening through the junior classes and he was very pleased with what he could show me that they had grown.
I was very pleased with Rachel's hair for today's two shows. We had to leave just after 11am to get there on time. So another busy afternoon for the girls and I. 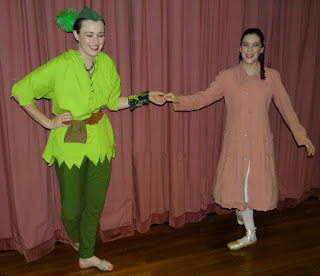 I quickly managed to ask Azaria and Rachel for some photos before the show started. So much excitement.
This year's concert is really a dream come true for Rachel. Not only with her being in her pointe shoes, but also having a lead role. Dreams from when she was just a little girl. So it's been such an exciting week for her.
Ruth and Hannah were so pleased to be in the opening scene of the two shows today (so they got to be in the finale too - just the two of them coming out together).
I enjoyed working on the back curtain for both shows today. The dress rehearsal on Friday didn't help much as the pieces were all over the place. So the first show today was more learning (and I started making my own notes). The 2nd show went much better (from the curtain perspective - the dancing was great for both). 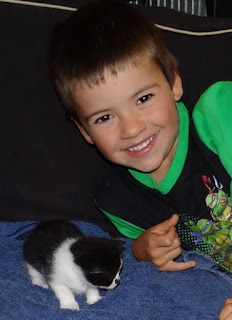 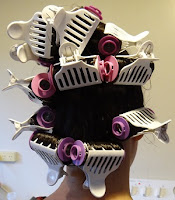 Sunday 11th: Rachel and I were up early this morning. Both us of knew we needed to get a lot done on her hair before we left for church. So we had all the curlers in before everyone else was even up.
Hezekiah didn't sleep in (ie - he was up not long after 7am) and so he spent quite a bit of time playing with the kittens. 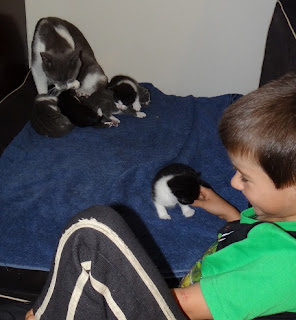 Little Miss has settled with being in the dinning room with her kittens now. 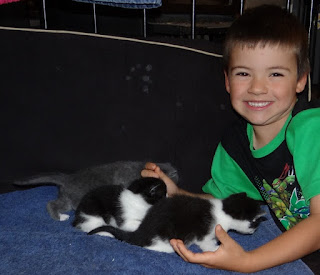 It didn't take long for 2 more to join in on the fun. Hezekiah is so pleased that he can start playing with them now. They are still rather wobbly on their legs, but it won't take them long to get going. Especially with this little boy to encourage them.

It was the Sunday School production this morning at church. Thankfully Hezekiah's class had recordered their parts over the previous 2 weeks, so Brendon just stayed home with him and Asher. The girls and I could then just head straight to the ballet concerts after church.
Below: The whole Sunday School singing a song. It has been a real blessing for the children to be a part of this over the last year. 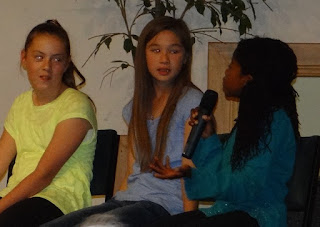 Ruth in her part. She told me later that just before she went totally blank and forgot all her lines. She remembered them in time though, and did fine. 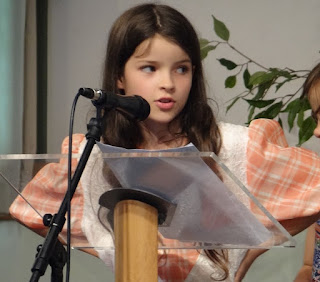 Hannah was one of the narrators in her class. She did really well with reading her part and even getting eye contact with the audience and the actors (she has practised well). Good job girls. 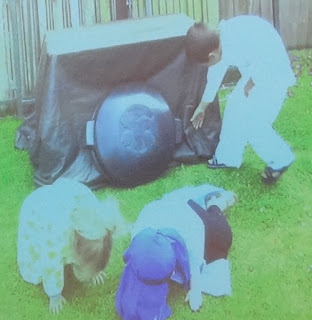 Easier than having to work with unpredictable preschoolers on the day, they had prerecorded their scenes over the previous 2 weeks. Hezekiah was the angle that rolled the stone away from the tomb.
And yes, even though it's almost Christmas, the whole focus of the production was on Christ's work on the cross and His resurrection. The really stuff that makes it all possible for us to be saved. 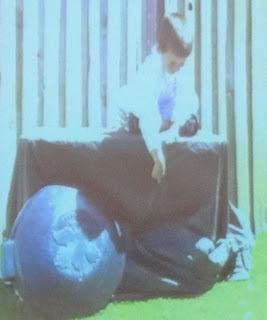 Showing them that the tomb is empty.
I just took photos from the screen that was playing the movie - so the quality is a bit different. It was great to watch, and I was sorry that Hezekiah and Brendon didn't get to see it too. Although, if they had been with, Asher would have had one of us out with her anyway. 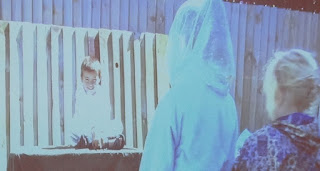 So proud of my little angle. And a rather handsome one too. :-) 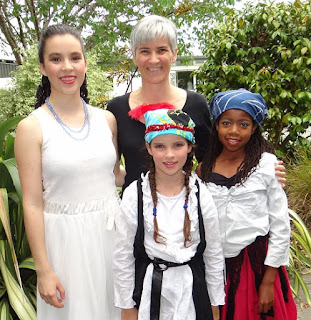 After church we headed over to get the girls ready for their first concert of the day. I didn't get around to taking many photos at all. I enjoyed the first show in the audience. I found I enjoyed it even more after having helped with the back curtain the day before. I felt so much more a part of it and it was just wonderful to get to watch all the dances from the front. They all did such a wonderful job.
I did take videos of the girls as best I could - so you can have a look at those here. I did miss a bit of Rachel's dancing, but was pleased I got some. It was just so special seeing her on pointe.
I then changed to my black clothes for my back curtain job in the second performance. By now I had the job down pat. I had re-written the notes with our job as the focus, and that helped the ladies on the first show to have a better idea of when to open and shut (as they hadn't done it before). It was more complicated than it sounds. ;-) I remembered to get a photo of all of us during the interval. 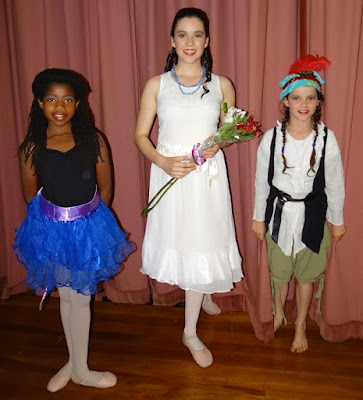 And then another photo of the girls after their final finale. What a special year for them all. I am so thankful to Brendon for all the time he gave watching the younger two so that I could be so much more a part this year. It was loads of fun, and so special to be a part of it all together.
Posted by Buckland at 10:00 PM