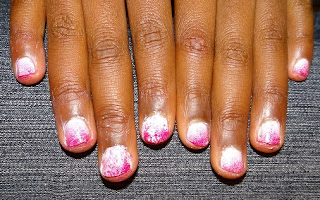 Monday 26th: Ruth making the most of the holidays with painting her nails. She used a sponge to get this design (not the best use of the nail polish - but thankfully it wasn't an expensive one).
The only beef we have left in our freezer from our previous cattle beast, is mince. So I am having to get a bit more creative with it. Today, instead of making meat balls, I made meat patties - for burgers.

I didn't have rolls, but the bread worked. Ruth and Rachel were really impressed with it. Hannah has a bit of a mental block against mince, so I tried to "distract" her with little "With Love" signs on them. Unfortunately it didn't work. 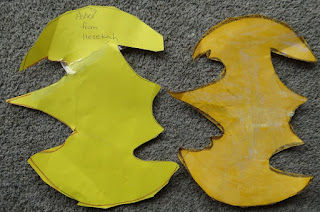 Hezekiah still goes to preschool during the school holidays. Asher's EIE works for the Champion Centre, which is closed in the holidays, so Asher stays home. At least I am more mentally prepared now for the fact that school holidays means more work for me. :-)
When I picked Hezekiah up today he made sure I collected the two "Bat Man" shapes that he had made. He made one specifically for Asher. Sweet boy. 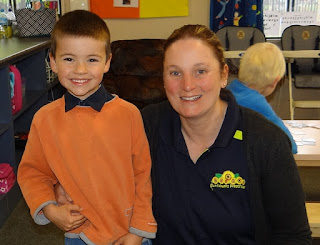 In the afternoon I left Asher at home with Rachel and headed to the preschool a bit early. They had a special afternoon tea for Naomi who is leaving at the end of the holidays. She was Hezekiah's teacher, so I got a picture of them to help remember the fun they had.
Tuesday 27th: This morning Ruth had blood tests done again. When she saw the doctor at the hospital 2 weeks ago, he suggested we do a screening for Thalassemia. She just wanted a bit of a break since the last blood tests, so we waited a bit. It did make it much easier going in the holidays as we didn't need to rush to get her there after school but before the courier comes. With it being a rare condition, I don't think we will get results very quickly. At least the blood has been drawn. Now to just wait for results. 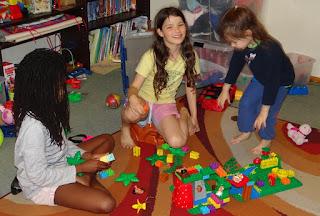 At 4:30 Asher had a 1 minute Vacant seizure. It made me realise she hasn't had many vacant seizures recently. The last one was 7 September, but before that it was early July. We do expect things may be very different over these months while her medication is reduced. So we are always thankful when the seizures are short.
Wednesday 28th: It's always fun to have some toys packed away for a while. When you bring them out again they are so much fun. It was great having Ruth and Hannah enjoying the lego today. 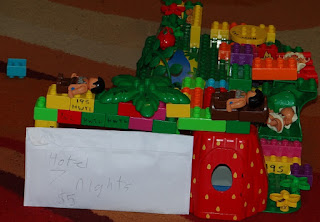 They created a hotel. Ruth took a few photos, so I will include them as she was very specific about how it was designed. 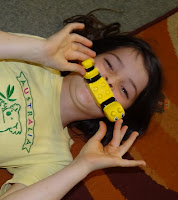 So nice to see them having so much fun together. 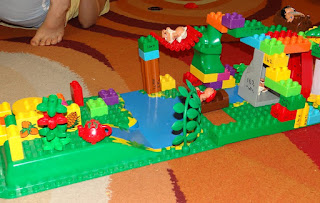 There were many bedrooms. 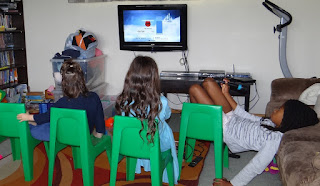 The Sing Start has come out again and I think it will get used regularly through the holidays.
Asher seems to be wanting to drop her afternoon naps. I put her in bed as usual each afternoon, but she hasn't slept. At least on Monday she played in her bed for an hour. Today she wanted to get out straight away. Thankfully she was happy to just bring extra chairs and sit and watch the girls singing for a while. 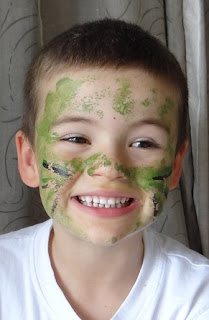 Hezekiah had face painting at preschool today. He was a green lion. For years he has loved his imaginary "blue lion" friend and had an imaginary friend called "blueie". Recently he has decided though, that his favourite colour is now green. He has been watching a lot of Star Wars recently and has decided that you get upgraded from a blue to a green light sabre, and his new favourite colour is green. And so now he plays more with his imaginary friend "greeny." :-) It was rather rubbed off by the afternoon, but he still wanted a photo to remember it. 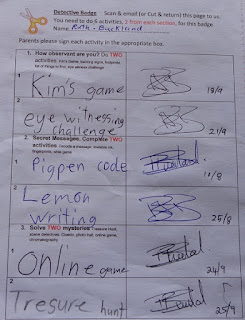 Thursday 29th: Ruth has been using the holidays to get a bit of her guiding work done. She managed to finish all her work for the Detective Badge today.
At 5:30 Asher had a 6 1/2 minute Tonic seizure. She was sitting on the bench in front of the TV as she often does, and she just went back and then fell off. I spotted her as she was going back, and both Brendon and I jumped to try and catch her, but it all just happens so quickly. Thankfully it wasn't a bad fall. I started getting the medication ready at 4 1/2 minutes, but had such a hard time with the syringe not fitting. Eventually at 6 1/2 minutes I had the medication drawn up, and it stopped.
I think today's seizure was from her just being so over tired from no naps this week. I hadn't even bothered to put her in bed this afternoon. She was so tired after the seizure that even after an hour she was still fast asleep. So we just got her evening medication done and put her in bed for the night. 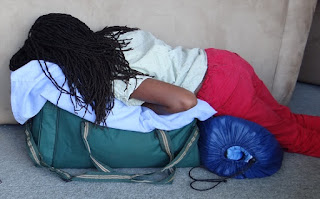 We will change that back and make sure she does at least spend some time in her bed. Then at least she can get a small nap on the days she needs it.
Friday 30th: One of Ruth's school friends said she would organise a sleep over for their group of girls in the holidays. Ruth was thrilled yesterday when plans got made for tonight. She wasn't too pleased with me wanting to take a photo. :-) She was packed and ready this morning and got picked up just after lunch. She was especially excited about getting to ride a horse. 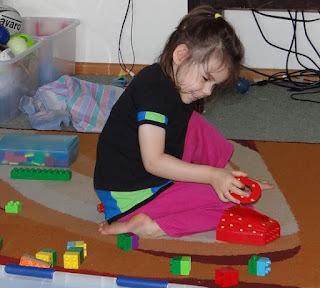 With Asher going to bed so early last night, I suspected she may have a restless night - which she did. She woke at 1:30 and came into our bed. It ended up just being a bad night for me and I woke with a terrible spasm in my shoulder. It was getting worse through the day, so I ended up heading off soon after lunch to get to see our chiropractor in town. I was heading off to our Church's Ladies Retreat this afternoon anyway, so I just left a little earlier. 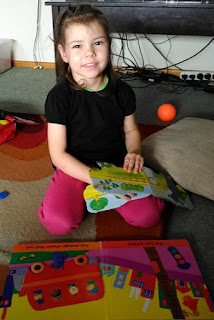 I took this photo this morning. Asher has started really enjoying playing two games at once. I had to smile when I saw her reading two books at once. It was great that she was looking at each page (and not just paging as she used to do).
While I was in town in the afternoon there was a torrential storm at home. Rachel had written and told me about the thunder and lightening getting closer and closer. A bit later I heard that it was hailing (the garden already white) and then a bit later that the house had flooded. Thankfully mostly on the vinyl in the kitchen, entrance and laundry. We heard from neighbours that there was 30ml in just 7 minutes. So Brendon and Rachel really had their hands full drying it all up.

Saturday 1st October: The ladies retreat was at Mt Hutt. Unfortunately the chiro didn't do a great job and I was still in a lot of pain overnight and didn't get much sleep at all. At 6:30 I just decided to get up. The one advantage of that was getting to see a beautiful sunrise. 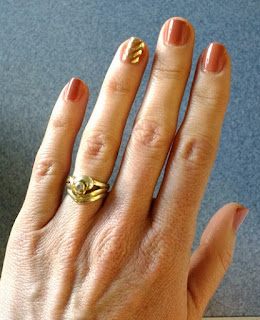 The day started off quite stressfully for me when I heard that the washing machine was not working. Brendon was trying to wash all the linen they had used to dry the floor, and it kept stopping. I talked him through setting the machine to spin only - so at least we knew where the problem was. The whole situation had many lessons for me to learn. Thankfully one of the ladies saw that I was upset and sat and chatted with me. I quickly realised two main things. First - this new trial was something that Brendon and Rachel were given - not me. Secondly - I need to stop trying to fix everything. She had mentioned how much Psalm 34:19 had helped her. It says "Many are the afflictions of the righteous; but the Lord delivers him out of them all." I immediately realised that I was trying to get them out of their trial. I needed to stop trying to do God's job. I needed to trust God to deliver them. It was a very important lesson for me to learn. 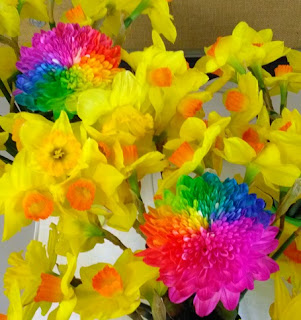 The teaching sessions through the weekend were a real blessing to me as well as all the conversations I was able to have with many different ladies. It was lovely to get to know so many of them. Sundays are so busy with most of us looking after children, so it was so good to have time to just chat without distractions.
A couple of the ladies also did nails on Saturday afternoon. There are a few ladies in the church who use Jamberry and I enjoyed getting my nails done. Rachel has been interested in nail wraps for a while, so I plan to help her organise a party. I look forward to seeing how long this lasts. I have normally got chipped nail polish within a day or two, which is the reason I never bother putting it on. :-) It was nice being a bit "creative" in choosing and I loved what some of the other ladies did.
The theme for the weekend was Mexican Fiesta and these were the amazing flowers we enjoyed. 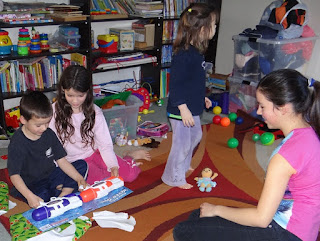 Sunday 2nd: The weekend was a blessing to me in many ways and I thank the Lord that I had the opportunity to go. We enjoyed a lovely lunch together and then headed back. We arrived at church (in town) at 4pm. I had a few things to pick up on my way home and so eventually got home at around 6pm.

As Rachel was heading off to another CEF camp on Sunday morning, she gave Hezekiah his present from her in the morning (a day early). I forgot to ask Brendon to take a family photo and so that will be a bit late this month. 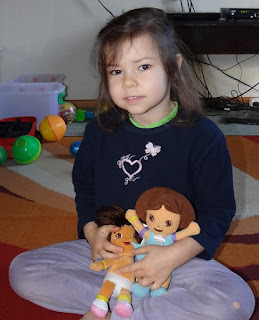 Ruth's friends had these Dora dolls that they gave Ruth for Asher. She does love Dora at this stage - so she was very pleased with them.

Asher had another drop in her one AED today (we drop it every Sunday). In July she was on 14ml a day. She is now down to just 6ml a day. She had a 3 minute vacant seizure at 1pm today (just before going for her nap). She has had a seizure every Sunday through September. This may just be her body adjusting to the new levels. 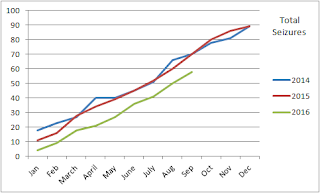 For those who are wondering about how her seizures are compared to previous years - I can share some quick pictures from the end of September. This first one shows the total number of seizures. It really is fascinating for me that in 2014 and 2015 she had had 45 by the end of June and 89 by the end of December. Exactly the same in both years. So I already felt really positive this year when at the end of June she had only had 36. And so far the total is still below what it was at this stage the last two years. 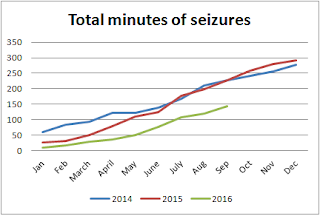 When Asher had two longer seizures in September it made us realise that she has on the whole had much shorter seizures lately. So this got me wondering about comparing the total number of minutes of the seizures through the years. It didn't take me long to just correlate the information I already have on my spreadsheets, so I quickly got this comparison made. This year is a much better year by far. I'm hoping these graphs don't change too drastically with this change in medication. Please pray with us that these improvements continue.
Posted by Buckland at 10:00 PM