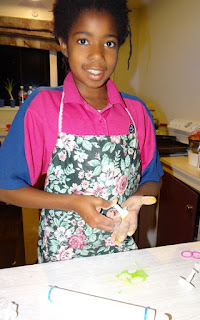 Monday 4th: Ruth was very excited about getting started on the decorations for her cake today. Flowers and leaves created today. 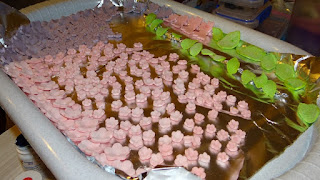 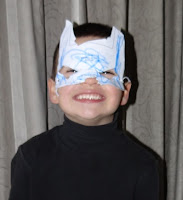 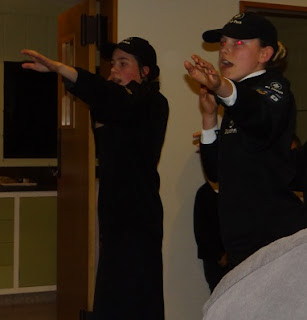 In the evening we headed down to Amberley for St John. We left a little early so that we could pick up our first HelpX lady, Vanille, who was arriving in Amberley at around 5. The timing worked out perfectly as we arrived just as the bus had dropped her off. So we did a bit of shopping and a couple of errands and then headed to the hall for the St John prize giving. We were hoping for Vanille's sake that they would do the waiata and haka at the prize giving as they have often done before, and we were not disappointed. It was especially nice for Vanille to get this experience. 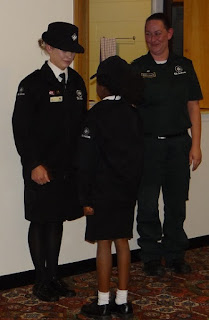 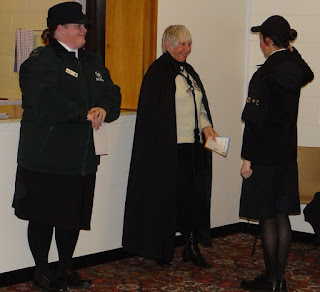 Ruth got 5 badges tonight (a few more than the others her age as she had a few outstanding). She has 9 badges now that need to be sewn onto her brassard.
Rachel received 3 badges (while her age group mostly got 2 - she earned an extra one of the camp she attended recently). So they will both have a bit of extra sewing to do during the holidays.

Wednesday 6th: Vanille stayed at home with Rachel as we have a very early start on a Wednesday morning and it was nice for her to just sleep in a bit. She woke just after we left at 8am, and the children only leave at 8:30 for school. When I got home Vanille told me that our children are all very respectful. She was so pleased when they greeted her and asked how she had slept. 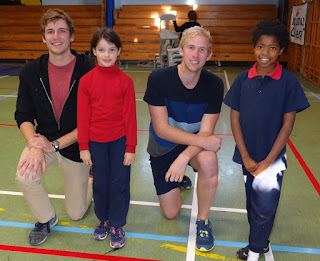 Vanille then joined me at the school for the end of term assembly. They school have had two German volunteers for the last year, and it was their final week. Hannah was very upset as she will really miss them. She was so pleased to get a letter from Paul and get his e-mail address. She looks forward to keeping in contact with him. 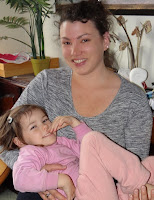 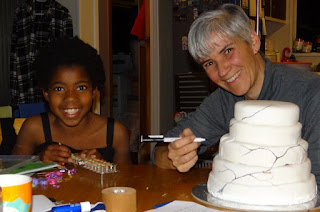 After lunch I worked on covering the layers of Ruth's cake. In the evening Ruth and I got started on creating the blossom trees. Ruth also had some loom band gifts for her friends. So she worked on those while I drew the branches of the trees with my licorice cake decorating pen. It was nice to get ideas from her of what she wanted. She had made pink and purple flowers and wanted two trees. So we had them twisting around the cake. 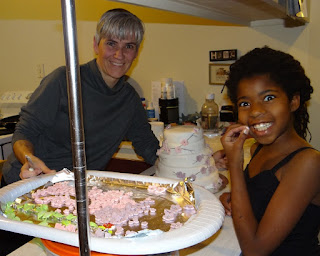 Ruth fooling around for the photo. 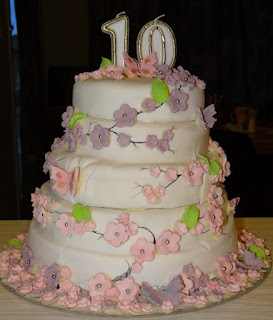 The finished product. We were all really pleased with how it worked out. 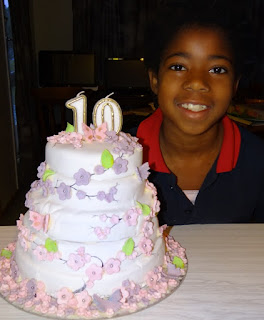 And one with the birthday girl.

On Friday morning Hezekiah enjoyed creating a great marble chaser (with a little bit of help from me). I will leave the rest of Friday's photos for Ruth's party post.
Posted by Buckland at 10:00 PM