Monday 14th: We bought a candy thermometer on the way home from church yesterday, and so the candy making experiments begin. The goal - to make some "glass" for the Frozen cake I need to make on Friday. 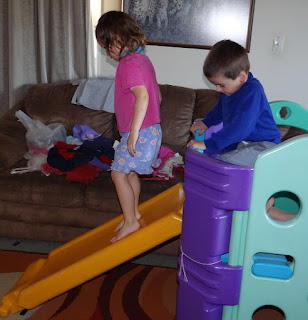 Hannah and Hezekiah have alternated top and bottom a few times over the years, but at this stage they both wanted to be on the bottom. So the solution: two single beds. They were excited about the change, but it has made their room look so small with hardly any floor space left. They are happy though, and that's what counts.
I love how Asher is playing with Hezekiah more lately. They often have different games on the castle. It's an odd toy to have inside, I know, but brings them so much fun. And now to see Asher having fun with him! It just warms my heart so much. She doesn't really understand "tag" or "catchers" but just enjoys running around the circuit that Hezekiah creates. The repetition of it is what probably draws her to the game. So much fun to watch.

Tuesday 15th: Monday's rock candy was successful (as a plain one without colour). It was slightly golden though, so I wanted to try make a blue one that would look more like ice. I realized through the rest of the week (with two failures) that it was perhaps first time luck on Monday. It sure is not as easy as it sounds. I think the key is medium heat. Too slow and crystals form. Too fast and it gets really dark. What I also had to just accept, was that cane sugar does not produce a clear rock candy (they use another product to get perfectly clear candy). 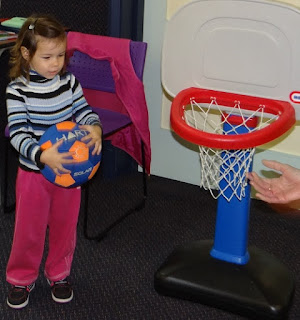 Wednesday 16th: This ball is so nice and soft and just the right size to start learning to catch. 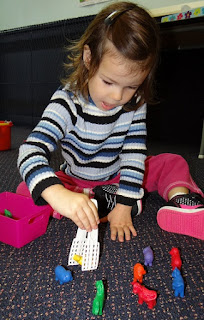 Asher has learned so quickly how to use the tongs and really enjoys it now. 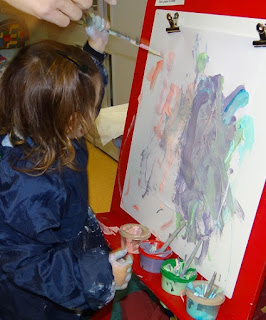 And then some painting fun (and mess). 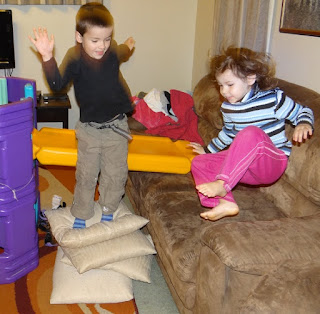 While the others were at Karate this evening, Hezekiah and Asher had their own workout. Hezekiah created the course today to include the couch and jumping. Thankfully Asher didn't try and copy him with jumping off the slide onto the pillows - but this photo was nicely timed with her jumping onto her bottom on the couch.

Hezekiah's spider made at pre-school today. 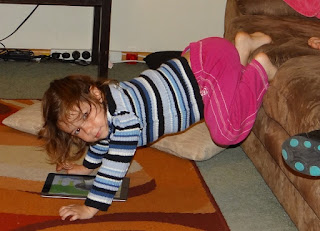 Asher has found a new one to play on the iPad. 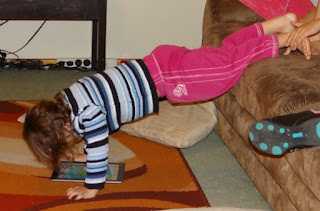 Working at strengthening her core. :-) Only after I took the photo did I notice Hannah's hand on her foot (Ruth and Hannah came home after just an hour of Karate while Brendon and Rachel did 2 hours). Hannah wasn't holding Asher - she managed to get into this position on her own and really seems to enjoy it. 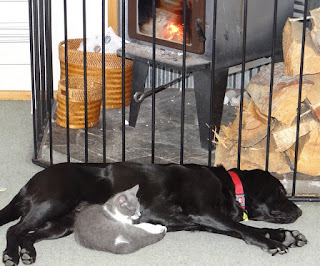 Little Miss enjoying using Shadow as a pillow.
Posted by Buckland at 10:00 PM