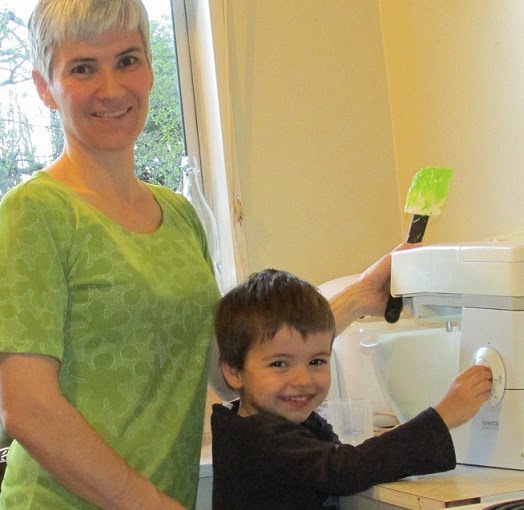 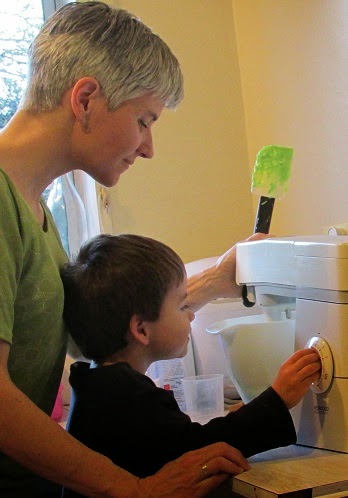 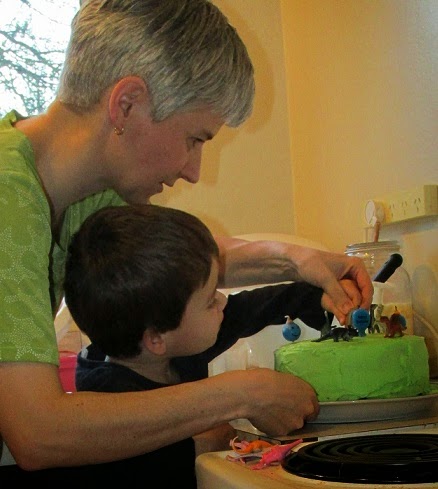 He had so much fun. 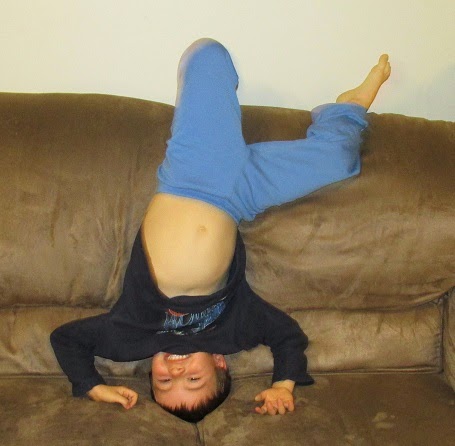 My little monkey. So excited for his birthday tomorrow. 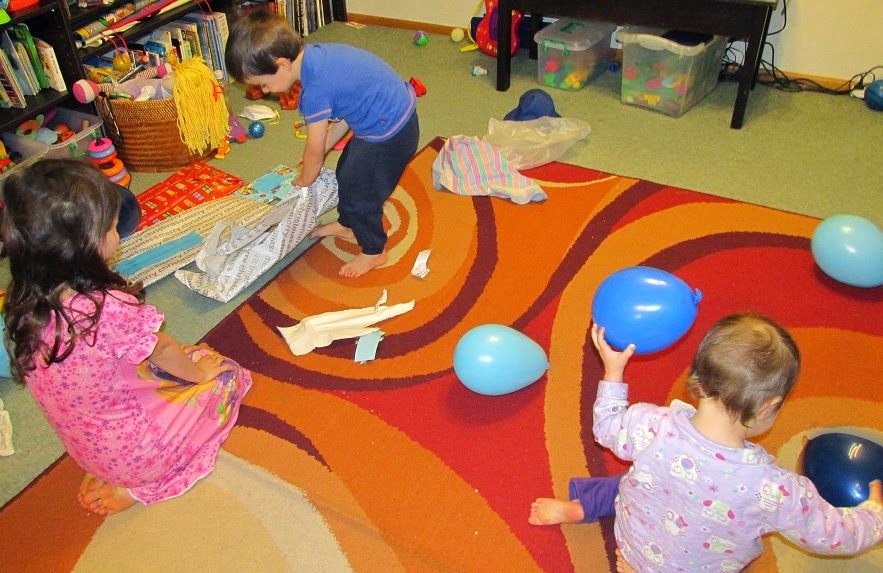 Ruth enjoyed wrapping presents and getting blue balloons ready for the special day.5 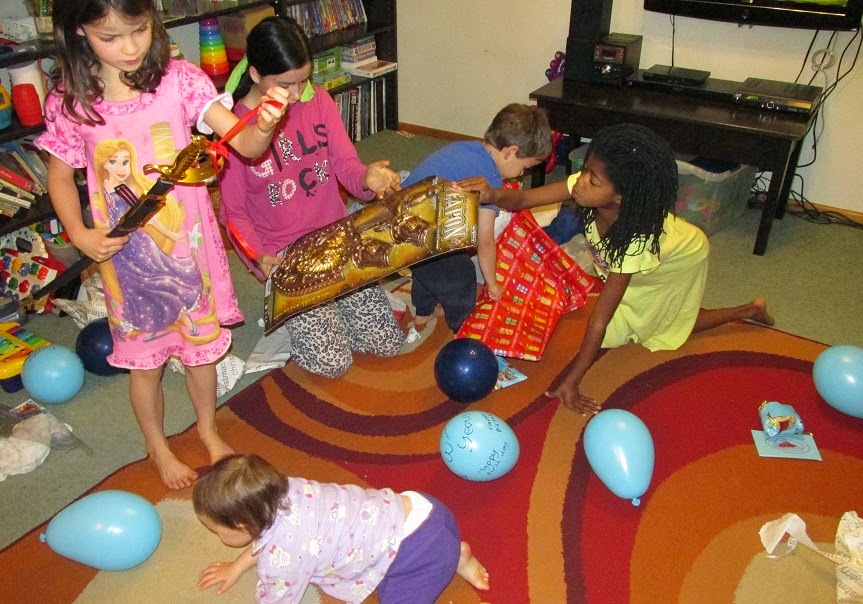 He was so excited about his presents. 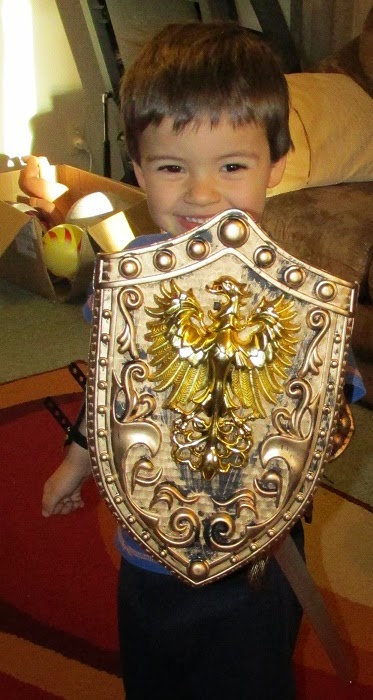 And when he puts his arm guards on and has his shield he says he is a "supa hero". :-) 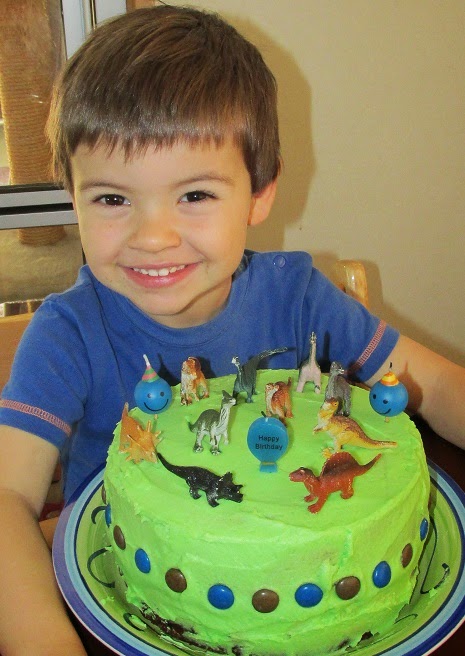 He loved his cake. He was also pleased that he got to help put the dinosaurs on "the green grass". It was the only way I could convince him to not have a blue cake. ;-) At least he had blue candles though. 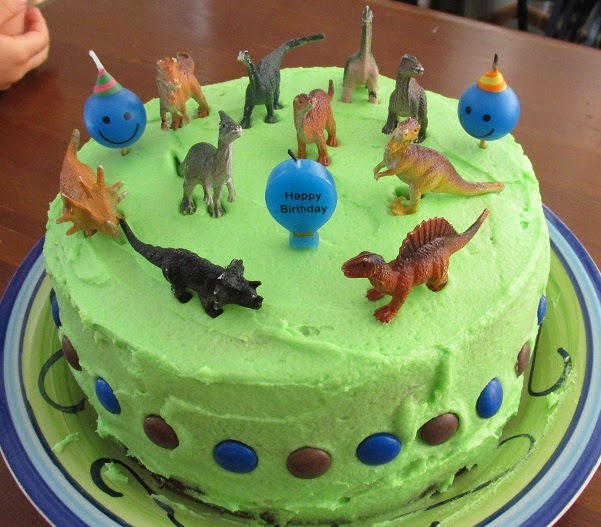 And yes, the cake is gluten free and grain free - so we could all enjoy it. I did put normal icing on but the cake itself was sweetened with honey - so a nice healthy option for birthdays. :-)
Hezekiah did have some when Noortje popped over for a visit, but he was happy to just have some pebbles. Asher was also not interested in the cake itself but discovered that she loves pebbles too. :-) 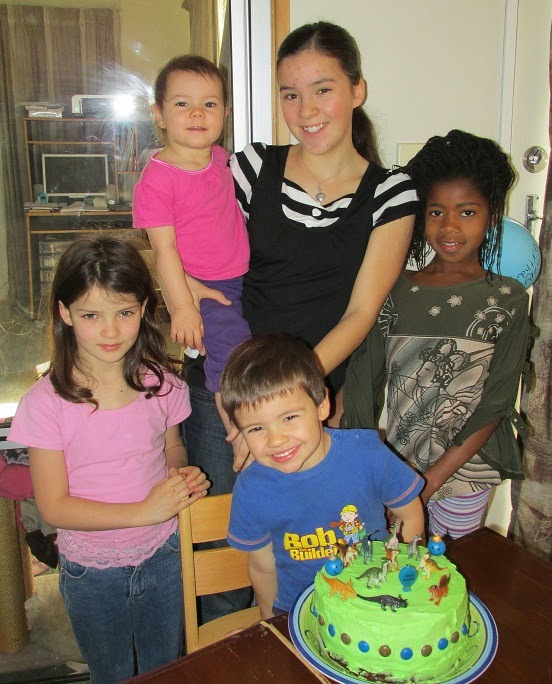 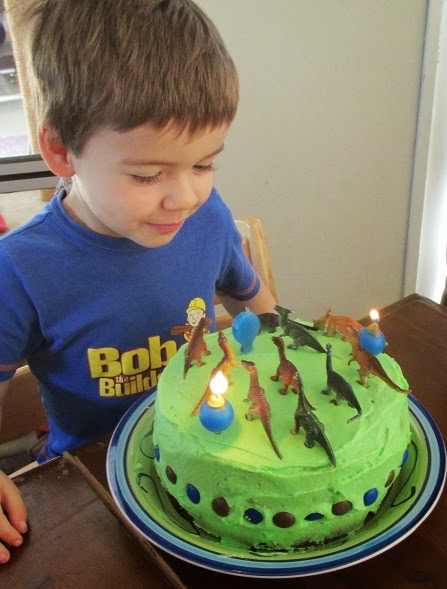 There was no way we could put off the "party" till Saturday with Dad home because Hezekiah has been looking forward to this for so long. Dad did call him though just before we did the cake and sang Happy Birthday to him too. :-)
What a special Dad. 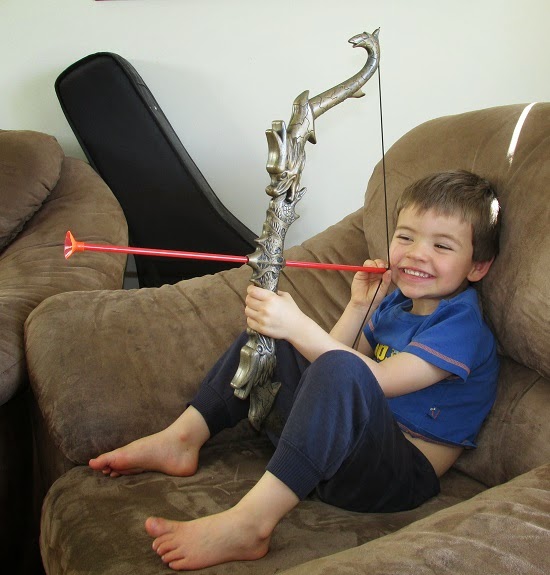 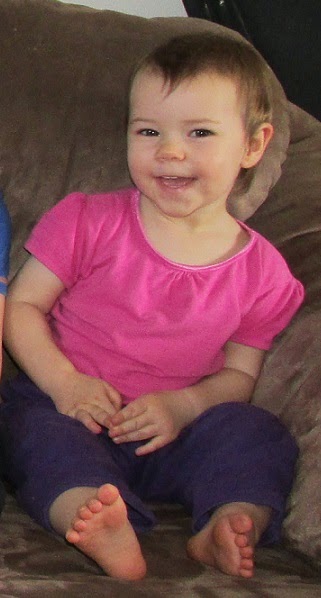 And a happy little girl too. I got this one of her on one of the "children" photos that we took today and it was such a nice one of her that I have included it too.
The photo below was the best one of all of them though. 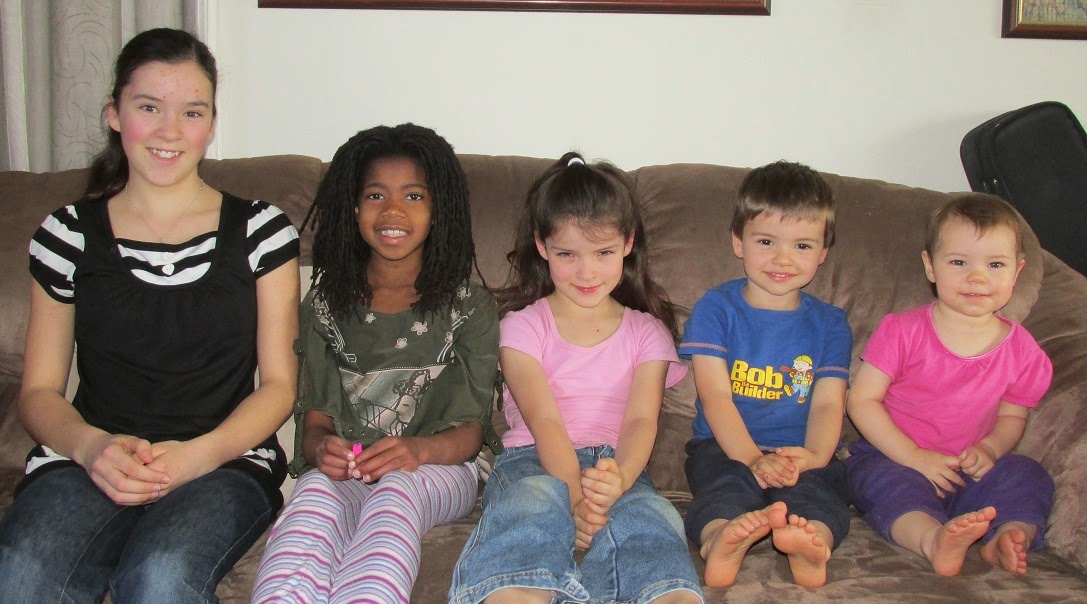 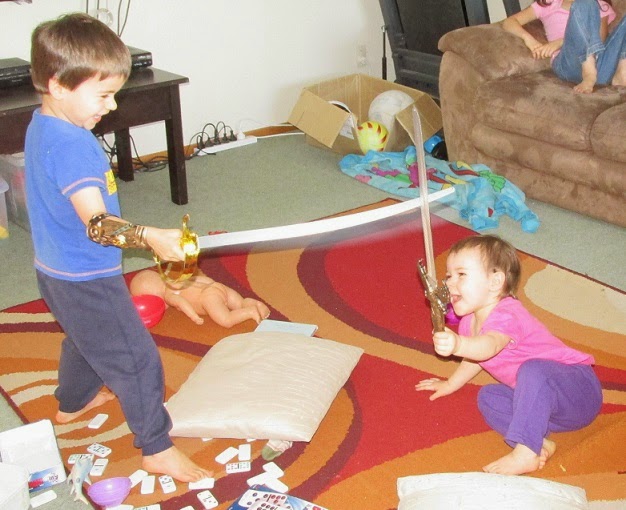 After Asher's nap she had a bit of fun with Hezekiah and his swords. This one is cute as you can see how much fun she is having. 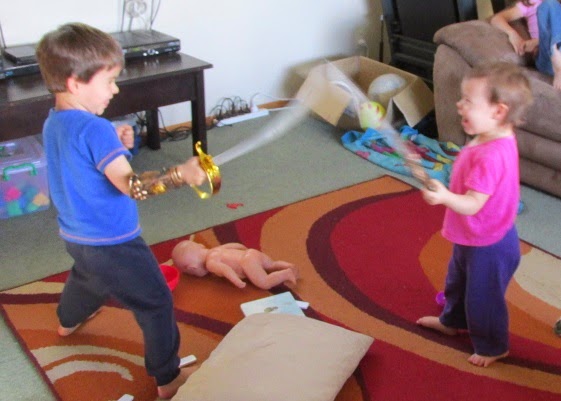 A bit fuzzy with the wild moving that was happening. 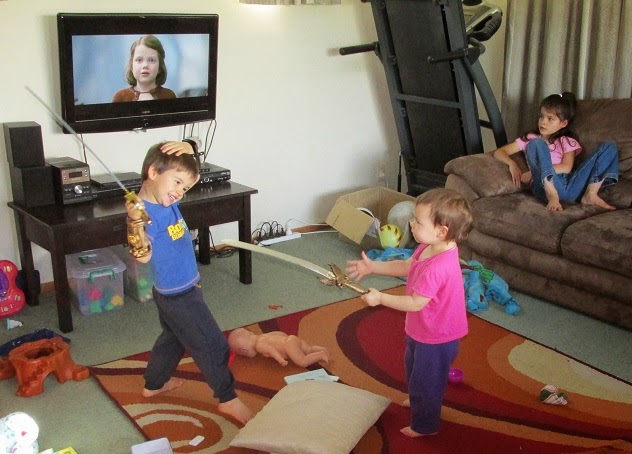 Asher must have gotten a hit. She looks a bit concerned for him. :-)
Posted by Buckland at 10:00 PM