Vanuatu farewell and a fever 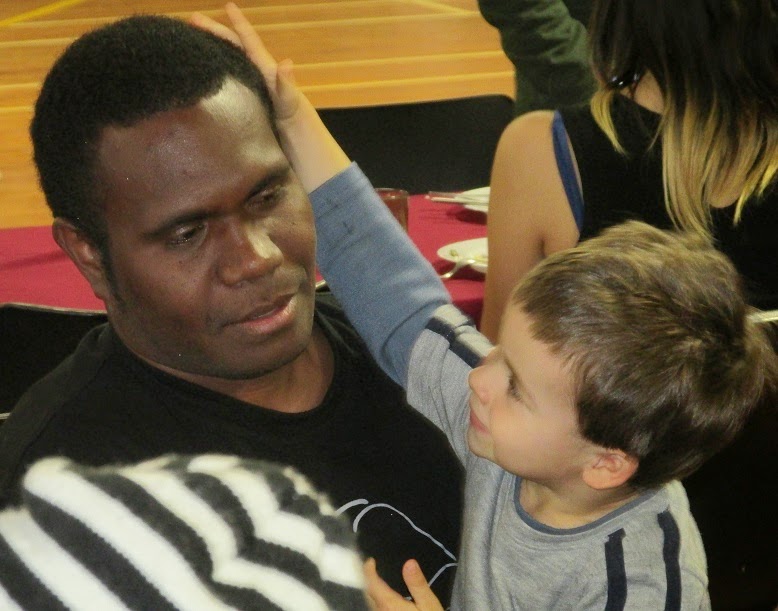 Sunday 31 August: I heard that the Vanuatu guys would be heading back home soon, so asked Brendon to get some photos of Hezekiah with them. He plays with them every Sunday after church and has such a great time that he is upset every week when we tell him it's time to go home.
We are just normally so busy chatting (and looking after Asher) that we don't get around to taking photos. So it was nice to get at least these with him having some fun. They often play catch too - and the hall is generally filled with loads of laughter of the children playing with them. 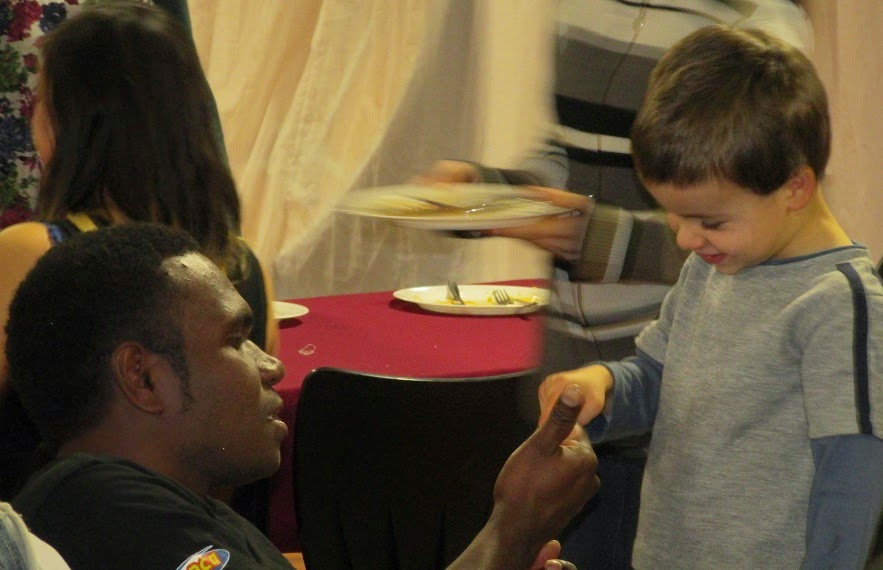 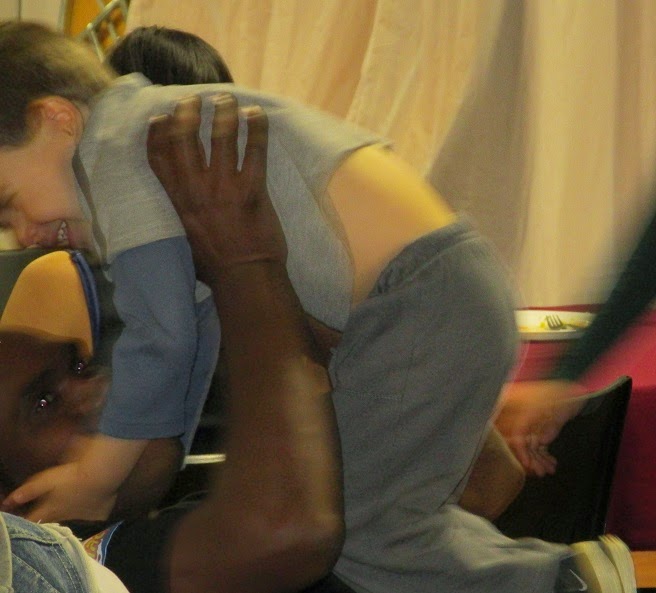 Such fun memories for him. 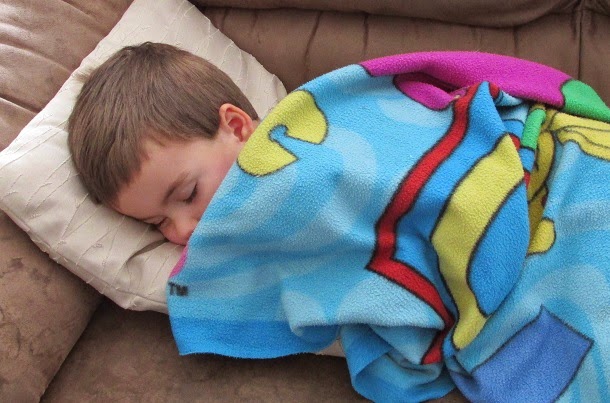 I included the other photos from that following week in a different post. On Friday 5th September, at dinner time, Hezekiah started with a fever that lasted till Sunday morning. He had been playing wildly (as normal) with Hannah just minutes before and felt so bad, so quickly, that he hardly touched his dinner just a few minutes later.
I took this photo on Saturday 6th. He spent most of the day sleeping. He was a very easy patient and just woke, had a bit of water, tried to eat something and went back to sleep. 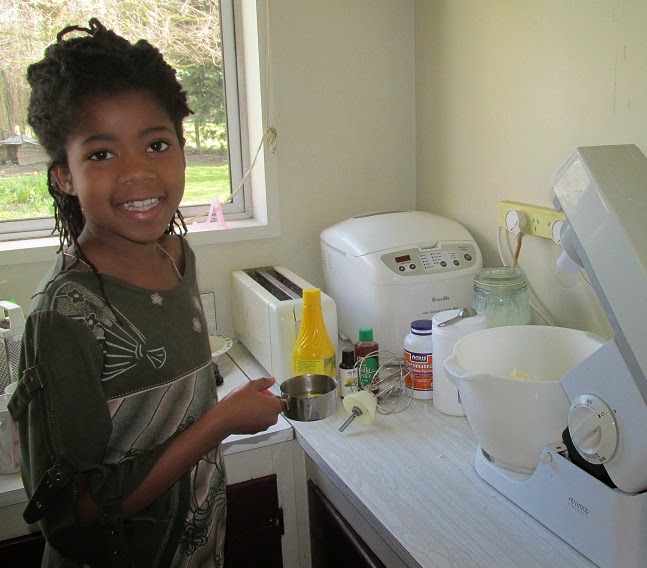 Every time I tucked him in bed I would say "I love you" and I would get the sweet "I love you too, Mum" back. What a precious child.
Although his temp was high (above 39) he did not have any pain anywhere - and so I was very thankful for this.

On Saturday afternoon Ruth made cheesecake for me. She is always asking to be able to do things in the kitchen, so she was thrilled when I asked her to do this for me. I am thrilled with the idea of giving more and more of the cooking duties to the girls. It's most definitely not my favourite activity and I just do things because they have to be done. I love that both Rachel and Ruth enjoy baking and cooking. 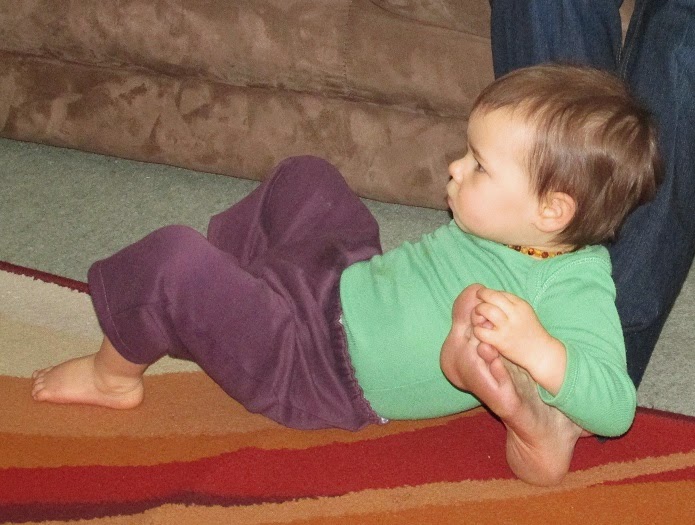 Asher has been doing well. She was enjoying lying on my feet this afternoon. Just happy to be touching me in some way. 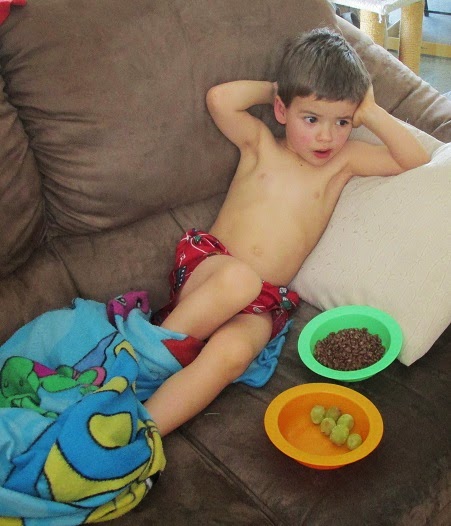 I took this photo of Hezekiah on Saturday afternoon. He was feeling a bit better and managed to get some food in. He was so hot that I had suggested he use these nice "sleeping pants". He had not used them before but was thrilled to know that he had pants that were like Dad's pants. He didn't last too long and was back into bed. In the 24 hours since the fever started he was probably only awake for 4 of them. 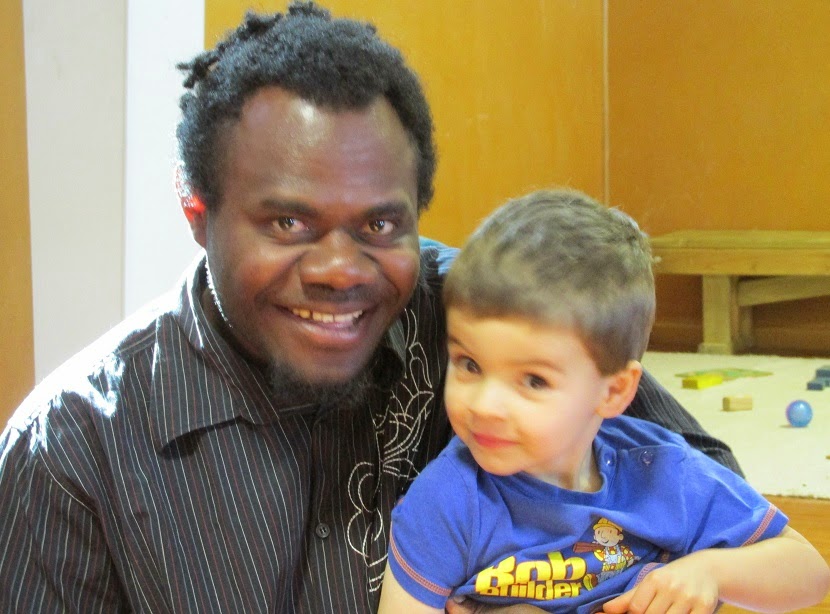 We were not sure if we would be able to make it to church but after Hezekiah woke on Sunday morning his temperature dropped to normal. So we headed off, knowing he would especially like to spend this last day with the Vanuatu guys before they left. 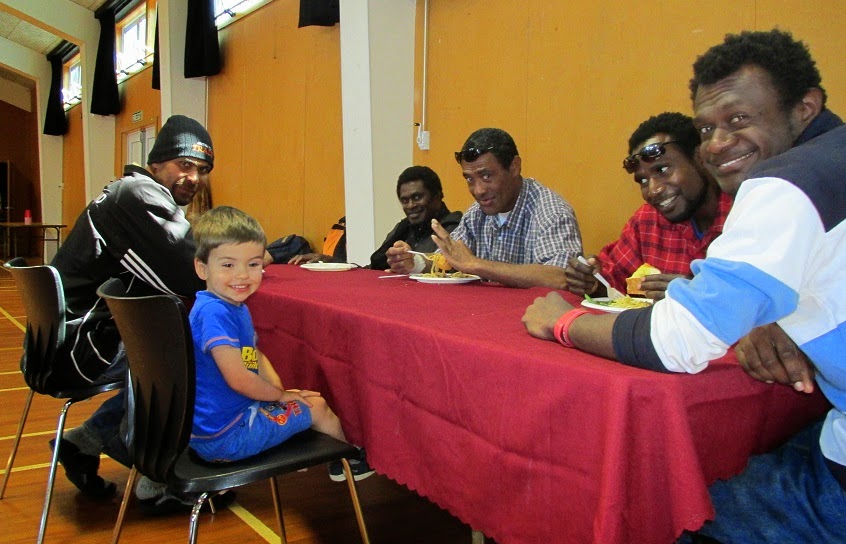 He would often be seen sitting at their table chatting away. So it was nice to get a photo of it today. :-)

On Tuesday (9th Sep) the girls got their ballet results (below). They both did really well.

Especially good for Ruth to get "Wonderful expressions Ruth" because this is the aspect of ballet that she finds the hardest. 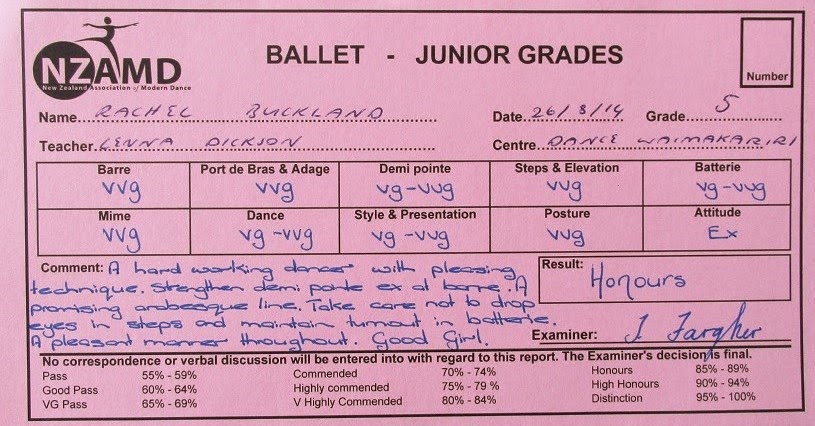 Rachel was thrilled to get the longed for HONOURS in her exam.

And she got Excellence for the medal test which is the highest result. This was especially good because of her hurting her knee during her dance. She did so well to keep going and continue to dance so beautifully.
If you missed the videos - you can see them here. 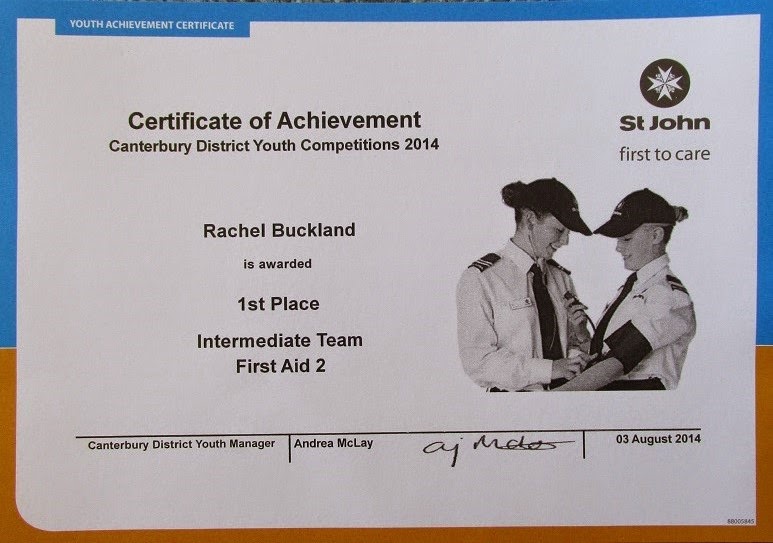 And at St John's in the evening Rachel got her certificate for their 1st place at the competitions she was a part of at the beginning of August. 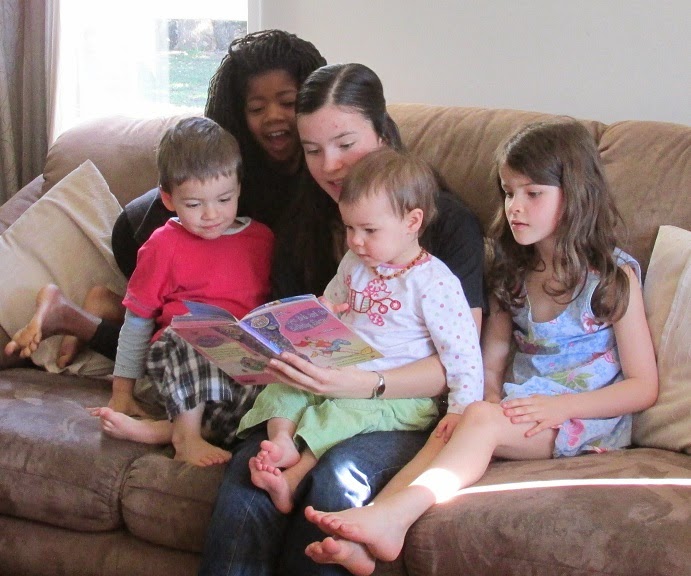 Wednesday 10th September and a very blog worthy photo as this does not happen very often at all. A really special one though. :-) 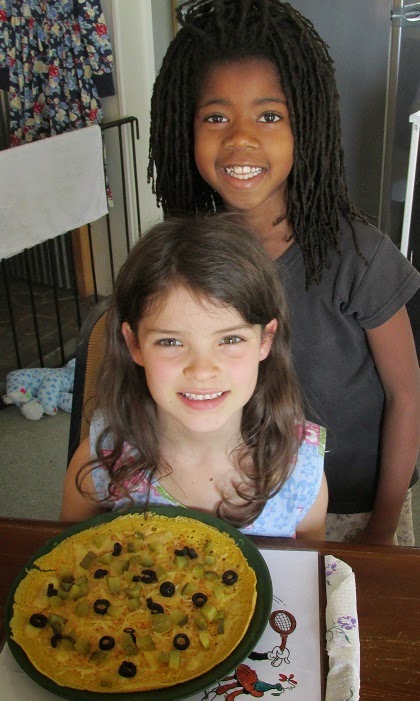 Ruth made Hannah's wrap into a pizza today.
The wrap is made with Oats (made into flour), cream cheese and eggs. So a great wheat free lunch for her. 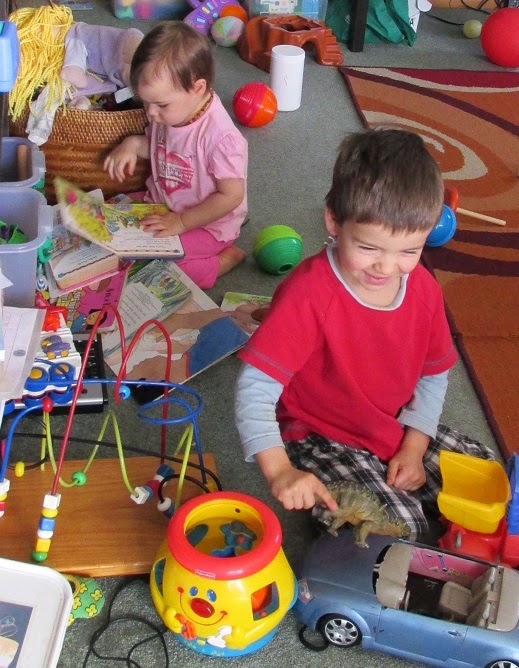 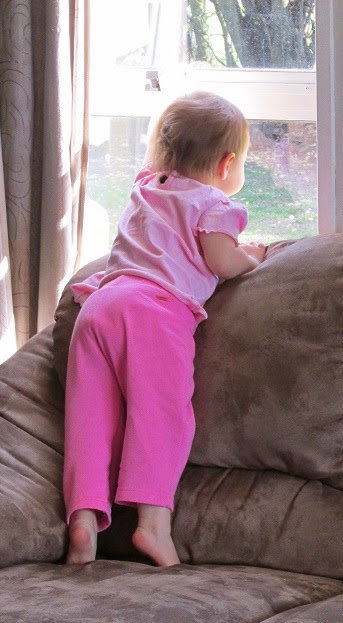 Thursday 11th. It's always so nice to see these two playing on their own. Asher has been very needy of me over the last few weeks (and months really) so I treasure times when she will happily play without me right next to her. And it's wonderful to see Hezekiah making up his own creative games.
If Asher hears the dogs bark - she heads over to this chair and tries to open the window and tries to tell them to be quiet. It often sounds a bit like "out" but she can also say "sh". 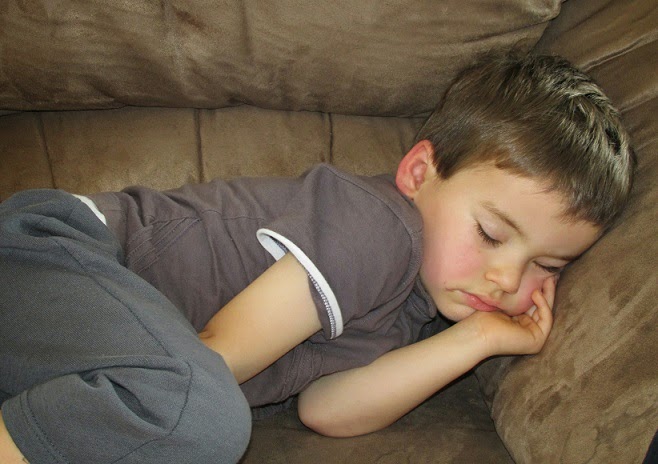 Friday 12th. Hezekiah fell asleep while watching a movie this afternoon. He has had a few loose stools over the last two days - so that viral infection perhaps still hanging about. Nice that he could get a good rest. He hasn't had an afternoon nap for a long time now - so he obviously just needed that bit extra today. With him being dry through the night I know I don't need to worry about him wetting the chair. 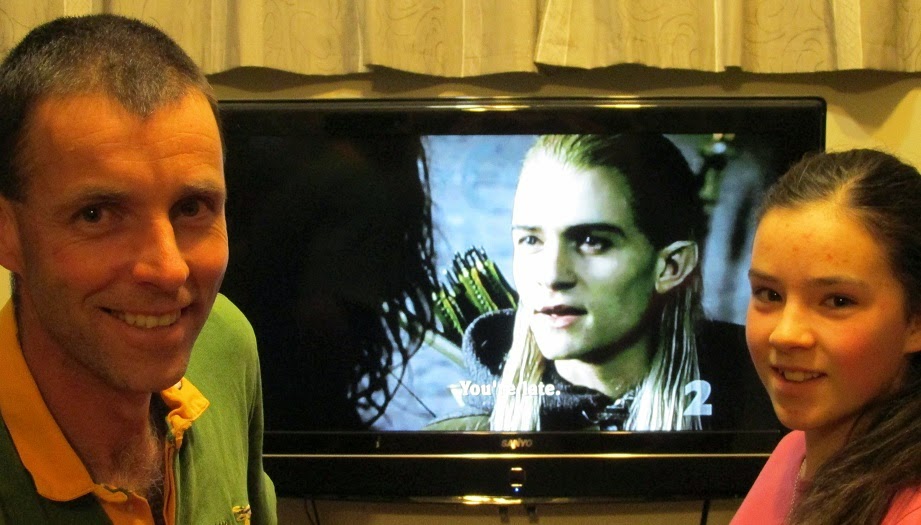 We have missed parent child outing for a few weeks now. We got busy but also got a bit stuck with ideas of what Brendon and Rachel could do together. So this week they have started watching the Lord of the Rings movies. No selfie this time as I had to try and time the photos to get her favourite characters in. She thought Aragorn and Legolas would be in a shot together, but this was the best I could get. 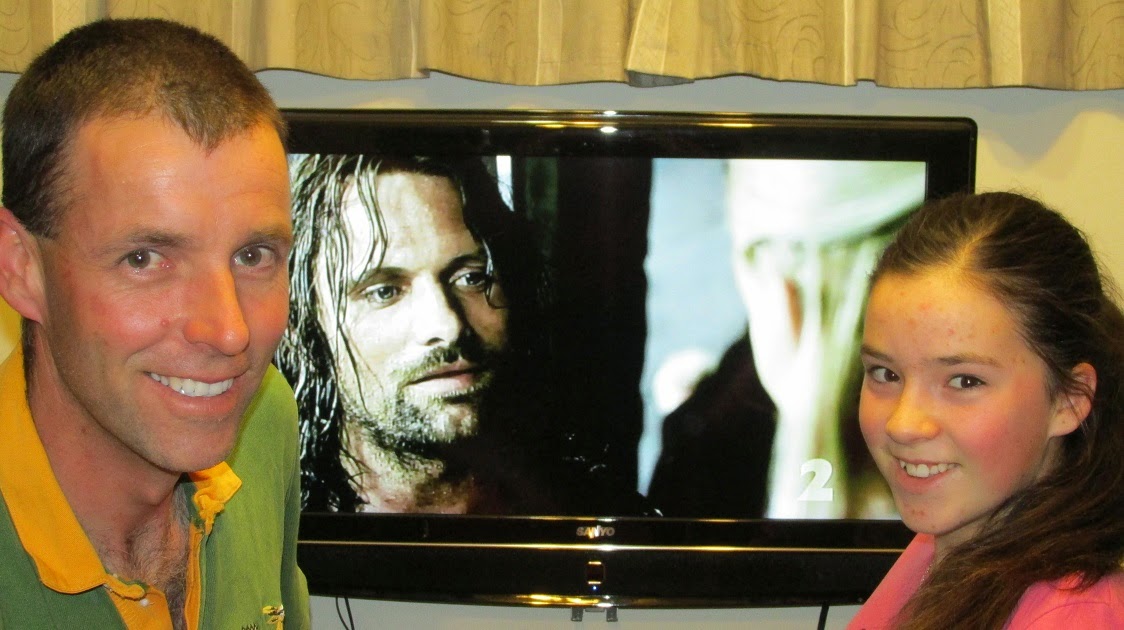 Much better photo quality with the flash - but two screen shots that Rachel was very pleased with.
Posted by Buckland at 10:00 PM