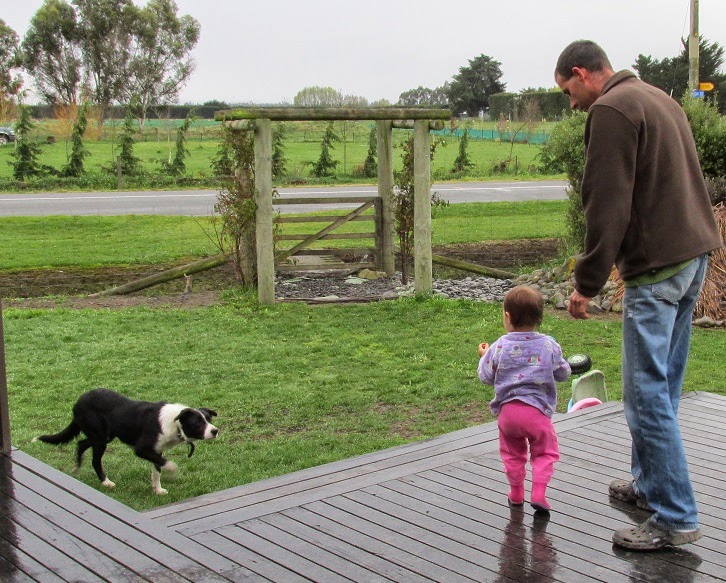 Saturday 13th Sep was a wet and cold day so Brendon could not get the work done in the garden that he had hoped. He had gotten the grass cut a couple of weeks back - so that helped. It is going into that time of year where it will be hard to keep up with the growing.
Asher is not put off by the wet or cold and asked to throw the ball for Zorro. So Brendon and Asher headed out for a bit. 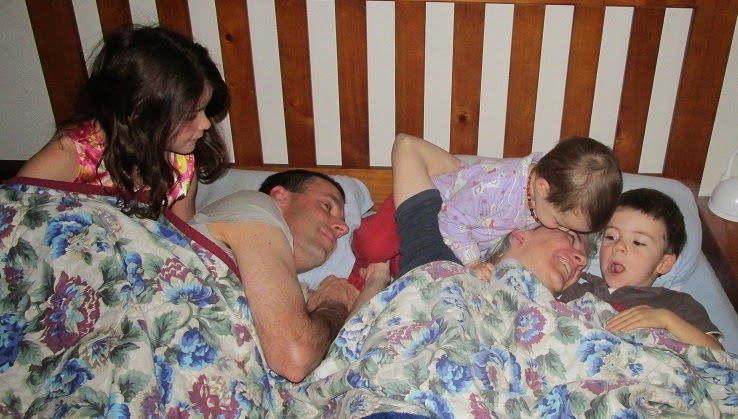 Sunday morning we had three little monsters in our bed. :-) Ruth would have loved to join in but as the space was a bit limited she contented herself with being the photographer. :-)
Special fun times with these precious children.
After lunch, just before we left church, Asher had a seizure. We had dropped her medication dose as instructed by the doctor on Friday (to 2.5mg BD - 1/4 tablet) and it is obviously just not enough, so we got her back to the dose she has been on for the last two weeks (5mg BD - 1/2 tablet) and I called the doc on Monday morning to find out what the plan was. 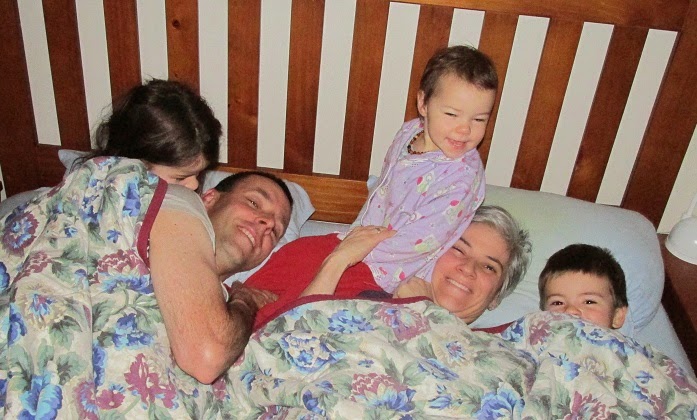 He suggested a "half way mark" between the two doses - to see if that would be enough (1 dose of 2.5mg and 1 dose of 5mg).
The doctor had mentioned in the hospital 2 weeks ago the possibility of starting a different drug if we needed a high dose of this one. I had prayed that the Lord would guide the doc and it was great to get to talk to him on Monday and have him say that he wants to try and keep her from starting any other drugs. It was a good reminder for me of the terrible side effects that children can have from these drugs and he especially does not want to consider started a new drug with our overseas trip just 4 weeks away. 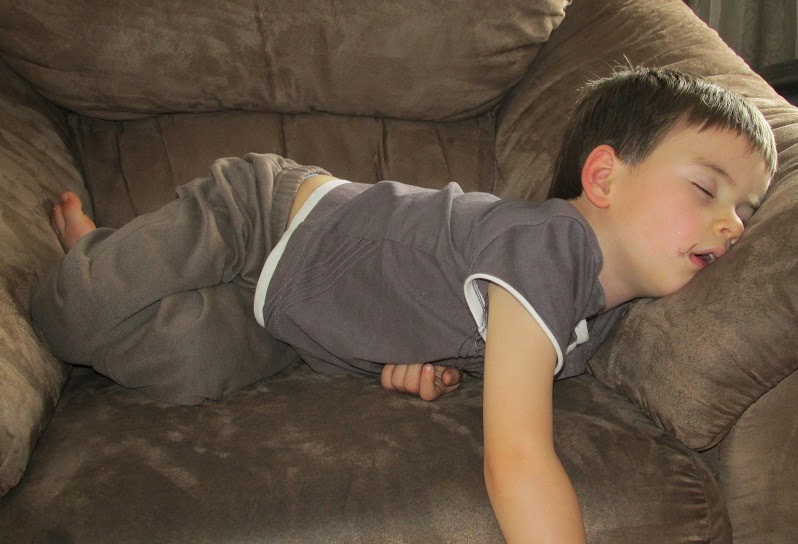 We even chatted about how we would handle her medication on the trip and what would could do if she had seizures while we were away.
Hopefully this in between dose will be enough for her. The doctor also knows Asher well and has acknowledged that although for a lot of children they can be sleepy on this med (and so would take the bigger dose at night), they have the opposite effect for Asher and cause her to be more restless at night and wake up during the night. So she will have the 1/2 tablet in the morning and the 1/4 tablet at night.
Photo to the right is Sunday afternoon - Hezekiah obviously still just needing a bit of extra rest. 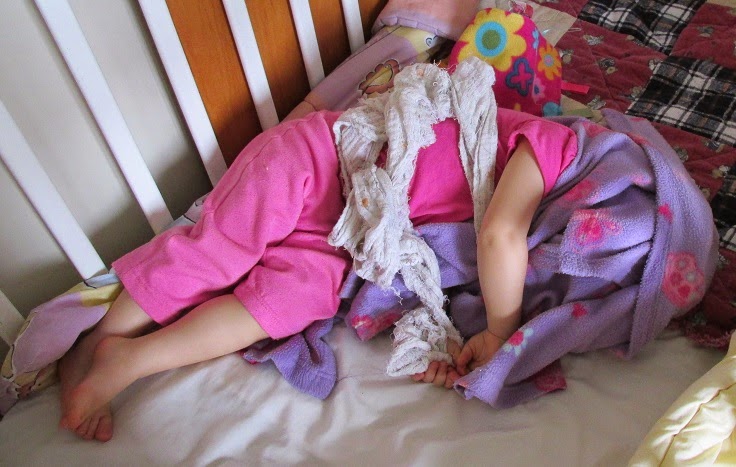 Monday 15th Asher decided to have her afternoon nap like this. She does just love having something over her head. It was not my first choice though - so I regularly went in to check that she was breathing well. 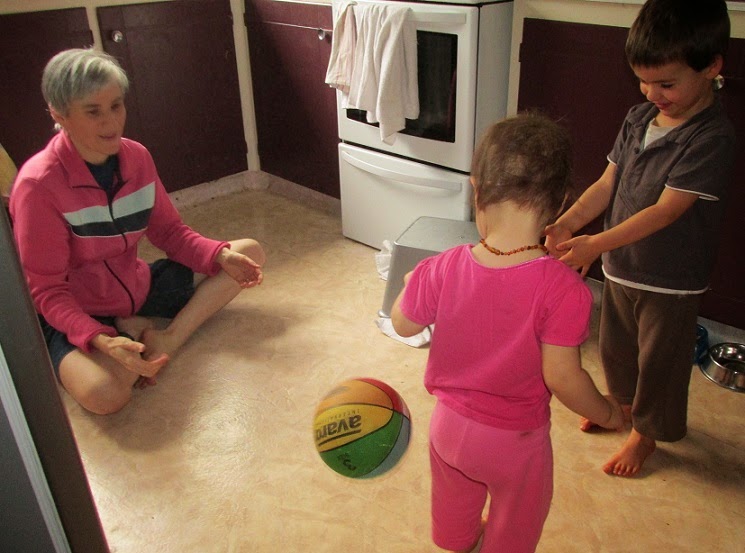 In the afternoon the three of us enjoyed playing with the ball in the kitchen. Asher would throw it to me, I would throw it to Hezekiah, and then he would pass it to Asher. When Hezekiah saw the camera he decided he didn't want to have his photo taken and so he sat down. Asher looked at him and said "up". She could not understand why he had stopped playing.
And Ruth would make the note that she was the one that taught Asher to say "up". She is SO impressed with how quickly Asher learnt it. She even heard a song playing that was singing "up and down" and she started putting her hands up and down and saying "up" along with it. 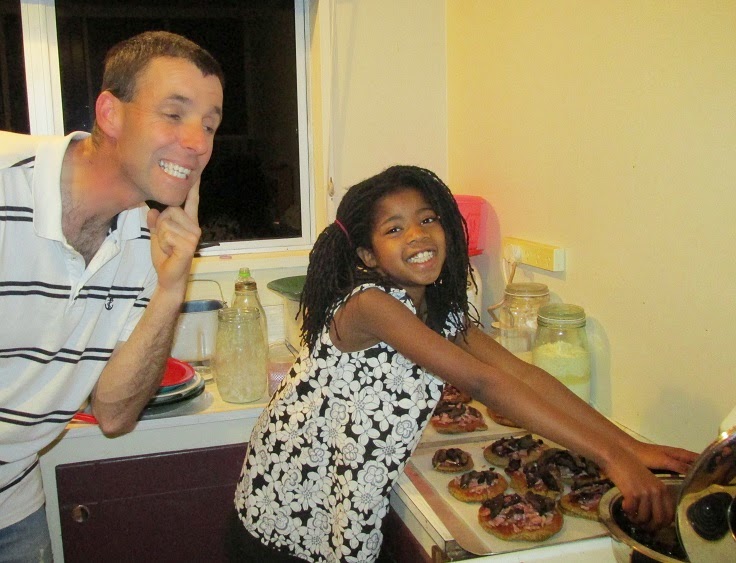 Tuesday 16th - Ruth made us pizzas again. She made the bases in the afternoon so that she could get them finished up by 7:30. This allowed her to have time to 8 (her bedtime) to do her own thing.
I asked Brendon if he would do us a favour and grate the cheese for the pizzas. He said yes, if Ruth gave him a kiss. 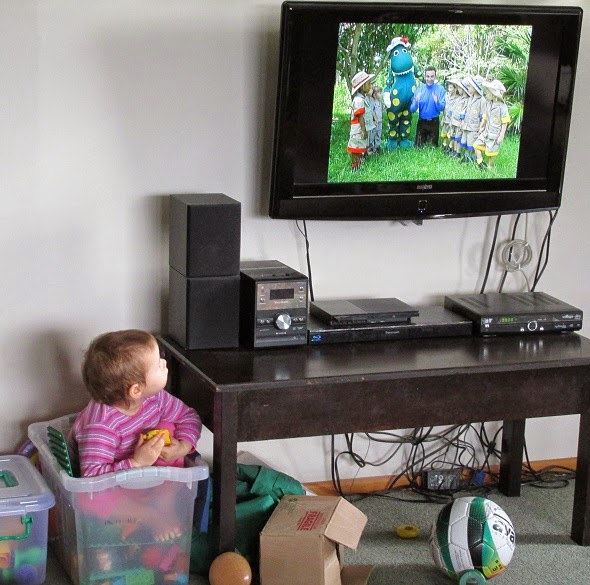 Wednesday 17th. Look how this little monkey watched some of a Wiggles show today. 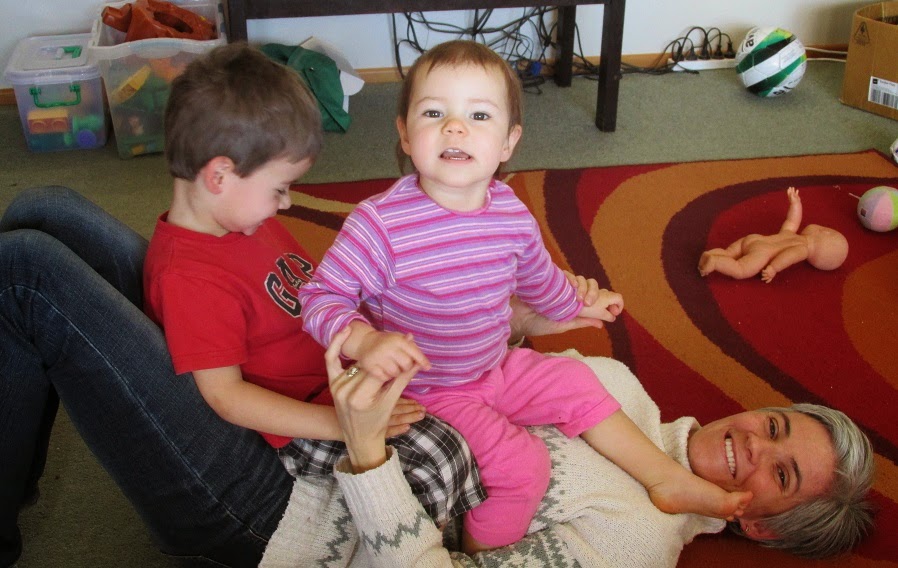 As soon as I lie down Asher will climb on and start humming "row, row, row your boat". Previously I had tried to stop her doing any major rocking like this, but over the last week I have let her do more of this kind of playing. I am at the point now were I want to get her medication to the level that she can enjoy things like this. She is such a busy little girl and I don't want to stop her having fun. 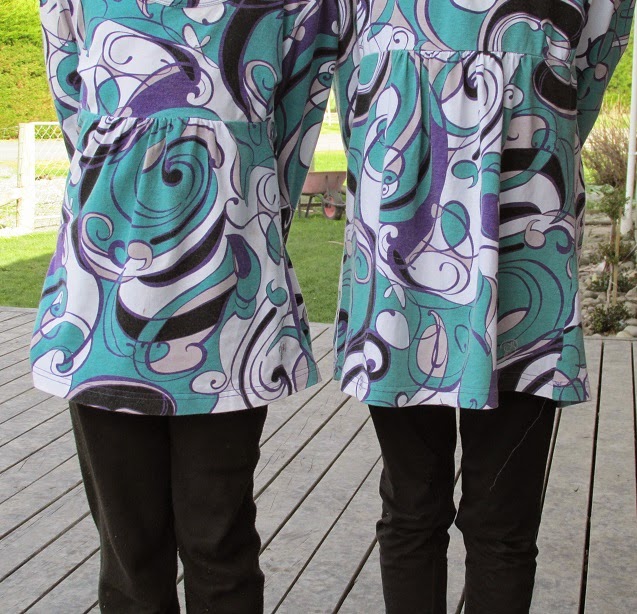 And it's a guarantee that Hezekiah will join her. :-) 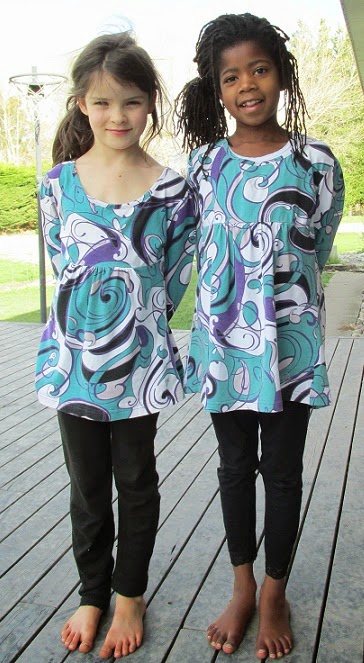 Ruth and Hannah had so much fun dressing the same today. They went to the school's junior production after lunch with Rachel.
They had planned to try and get Dad to guess who was who - but things were just too busy when he got home. I put this photo (left) on facebook and the votes went: 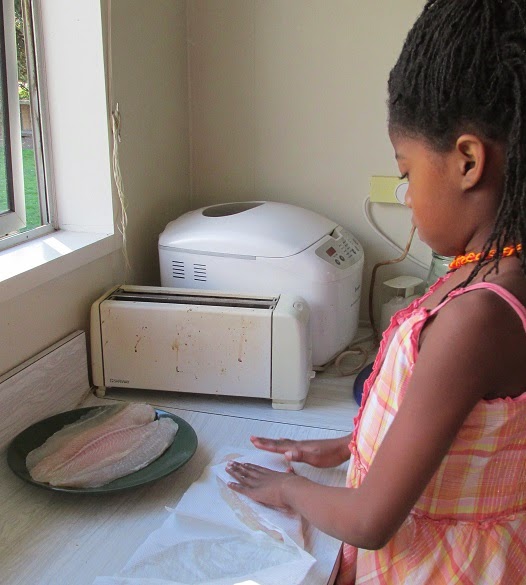 Friday 19th. Friday is fish and chips day. Hannah has not been thrilled with the plain fish that us wheat free family members have - so today Ruth and I crumbed the fish. We used psyllium husks, almond meal and coconut flour (so totally gluten free).

It was a successful first try and I am sure we will improve on the flavour as we get more and more practice. And fried up in coconut oil - so nice and healthy. I am trying to find ways of getting more coconut oil specifically into Asher's diet - so that was a nice way to help the whole family get some of it in.
Posted by Buckland at 10:00 PM