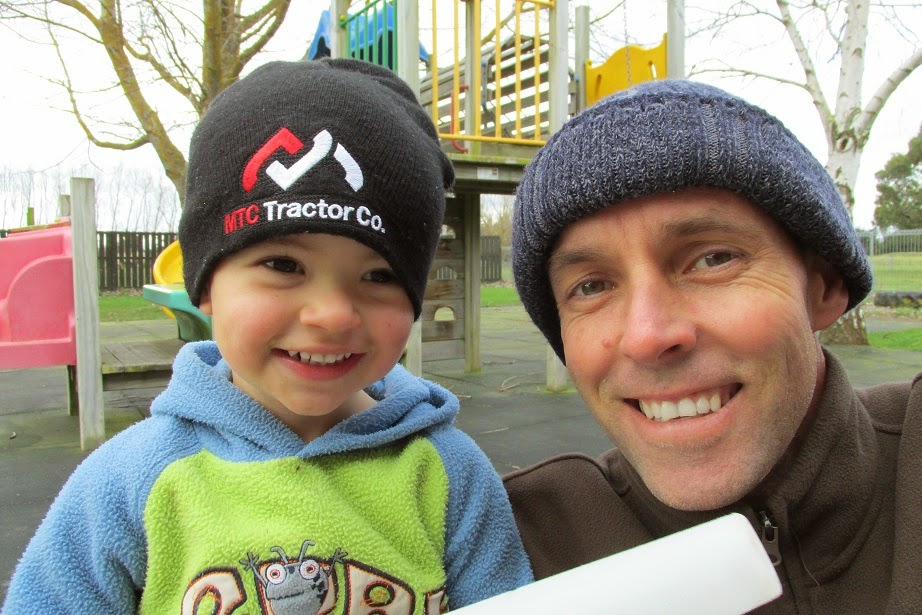 Sunday 20th July - Brendon and Hezekiah went to the Play Centre again for their outing. He looks forward to this so much. 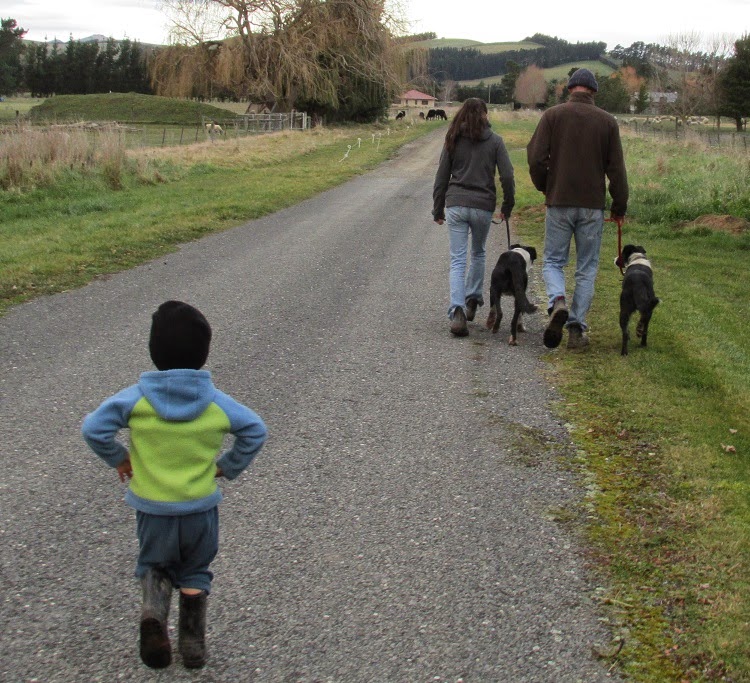 We have been putting in a lot of effort to get the dogs out for walks regularly. 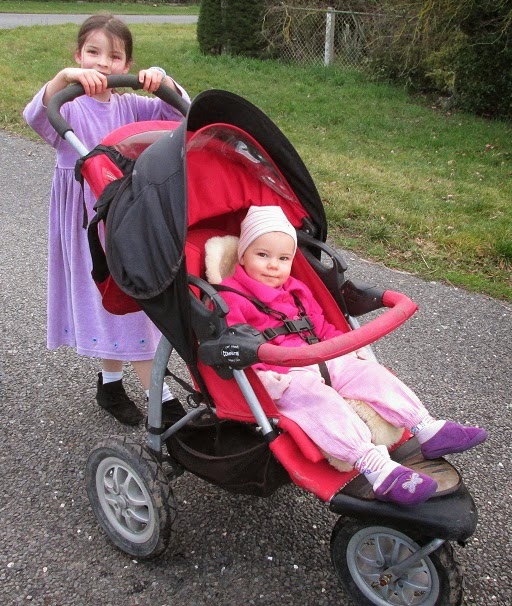 We were blessed with a gift of this lovely pram - it makes it so much easier for Ruth and Hannah to help with the pushing and much more comfortable for Brendon and I too). Thanks again Joyce. 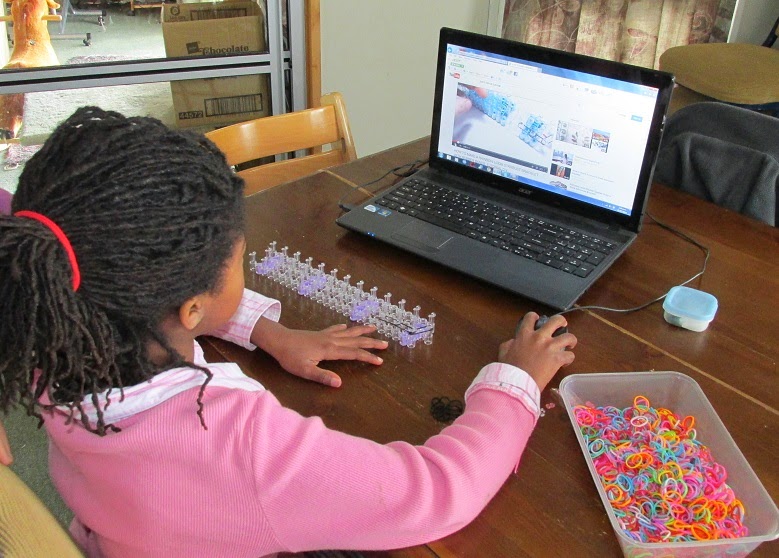 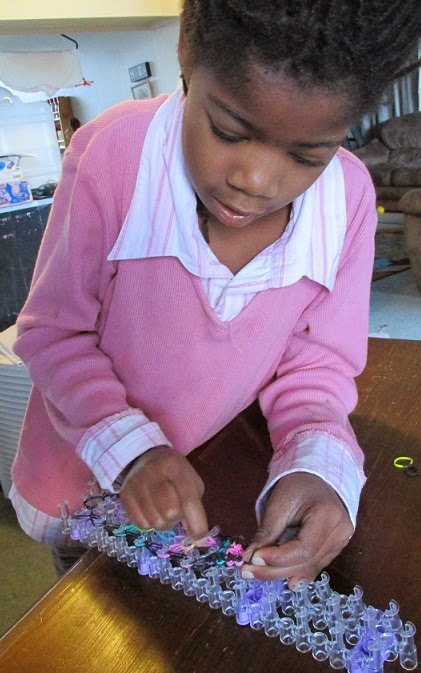 Ruth has been enjoying her loom band birthday present. She had been taught by Brooke how to make things on her fingers and even though she had the tool now, she wasn't that excited about using it until I showed her that there are loads of You Tube videos showing how to do it. 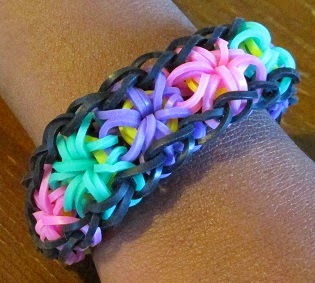 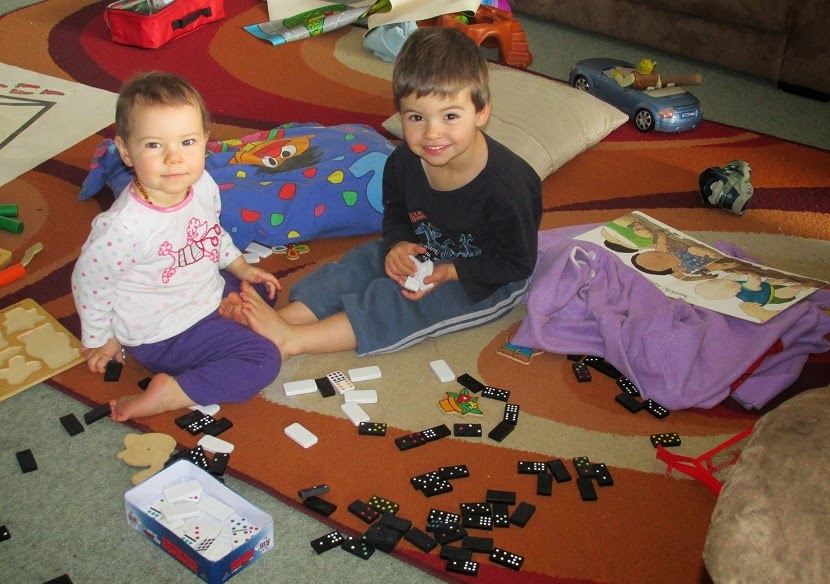 I will leave all of Asher's medical details through this time and put those in their own post.
Wednesday 23rd. It is so special to see these two playing together. And that book to the right is one of Asher's favourite. It's so well read that even Hezekiah will "read" it to her as he knows all the words too. 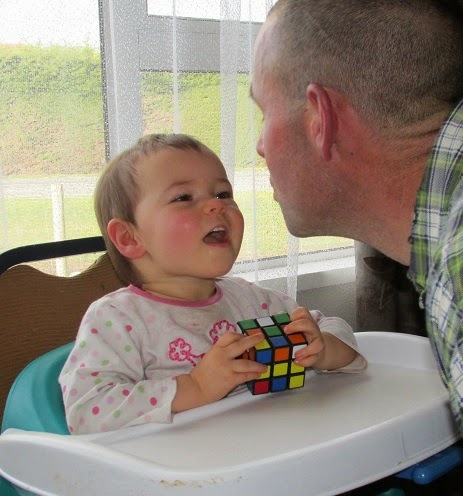 Friday 25th. Asher has been learning to kiss. It was so sweet to see her puckering up her lips. She did it over and over again and thought it was all so much fun. As soon as I got the camera out though - she wouldn't do it again and Brendon only got big open mouths. 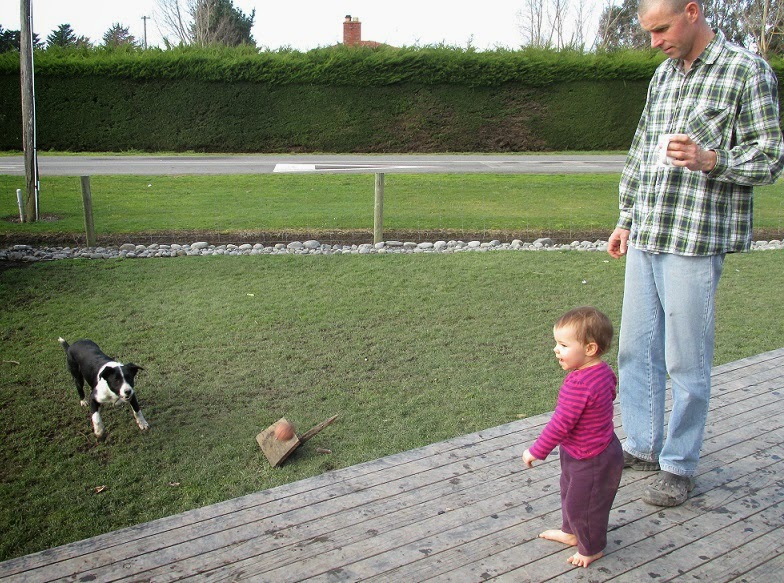 Saturday 26th. Asher has been loving throwing a ball for Zorro. Such a pity there was that piece of wood on the ground - the ball happened to be flying directly in line with that when I took the photo. 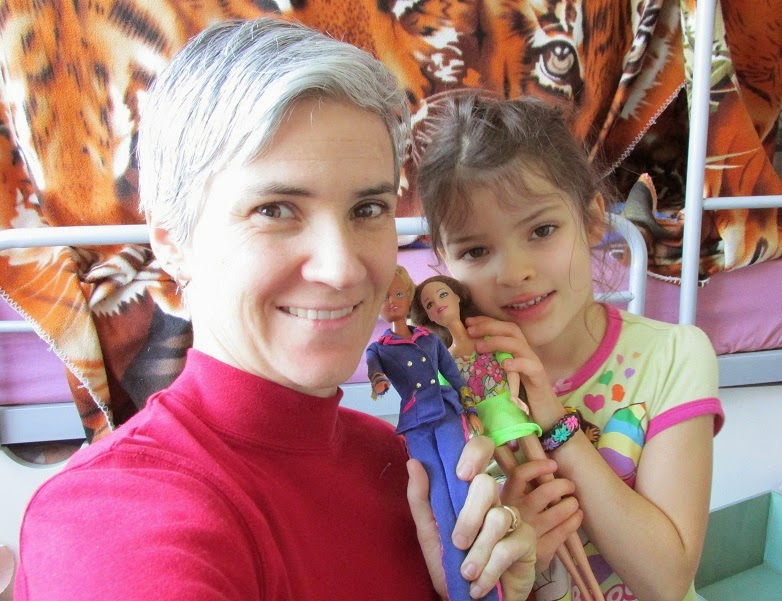 Instead of heading out Hannah and I spent some time in her room playing with her Barbies. 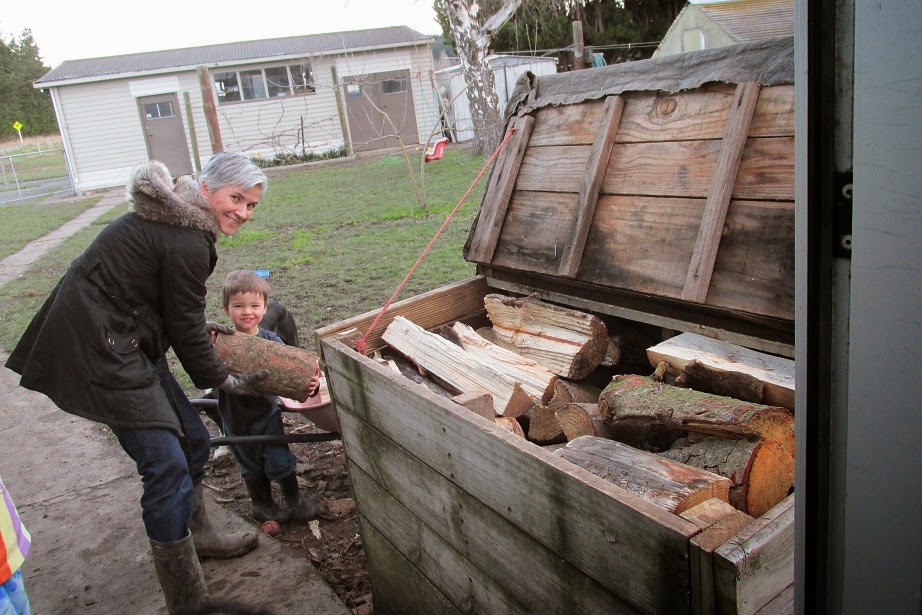 Then Hezekiah joined me outside with filling the wood box. It takes a bit longer having him "help" - especially when he wants to help push the wheelbarrow. But it is so special to have this wonderful willingness to lend a hand. Today he got to see how I pack the wood box. So he had to put all the pieces in nice and straight. I'm the only one in the family who takes the extra time to do it this way. I managed to get 5 loads packed in there (I think the others normally only manage 3).
Yes, I have my OCD type behaviour well under control :-) but it's fun to be able to do things like this when I can. 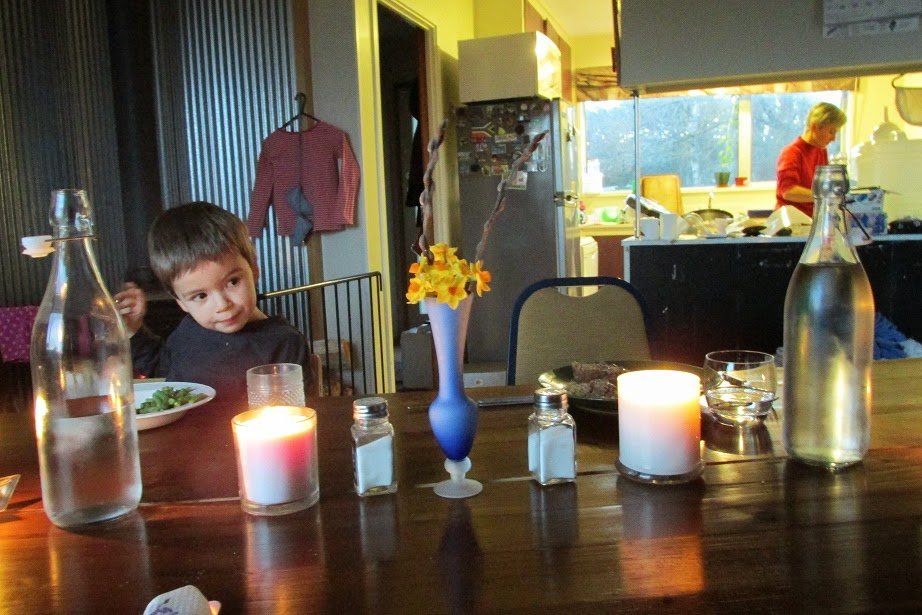 The girls love having candles for dinner. And we must make use of the darker dinner times while they last. Thankfully it won't be long before we have nice long days again. And then eventually they will be going to bed while it's light.
I also forgot to mention (as we don't have a photo) that we got a cattle beast done last week. It was such a blessing to have the freezer stocked up with beef again - and at such a brilliant price per kg. 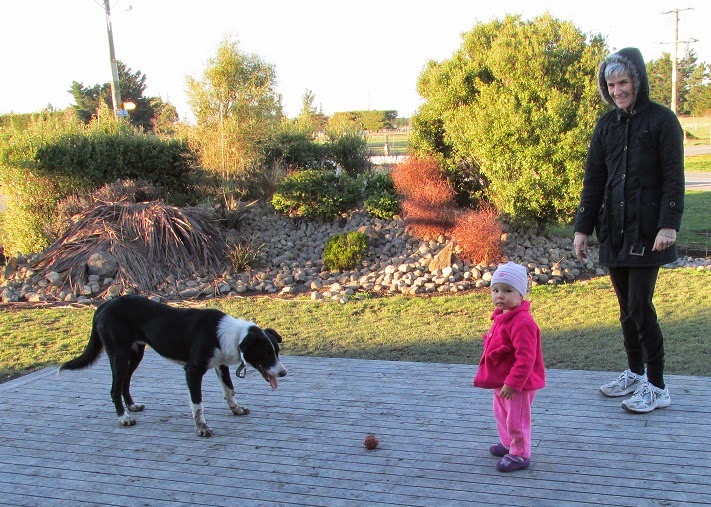 Monday 28th. I spent so much time with Asher outside today. 3 separate sessions. At least with the lunch time session we could go out without jackets - but when she wanted to go out again this afternoon, after her nap, it was so cold with the shade on the deck. The ball sure kept Zorro and Asher busy for a long time today.
Below a lovely video showing how much fun she has (and how well she throws).