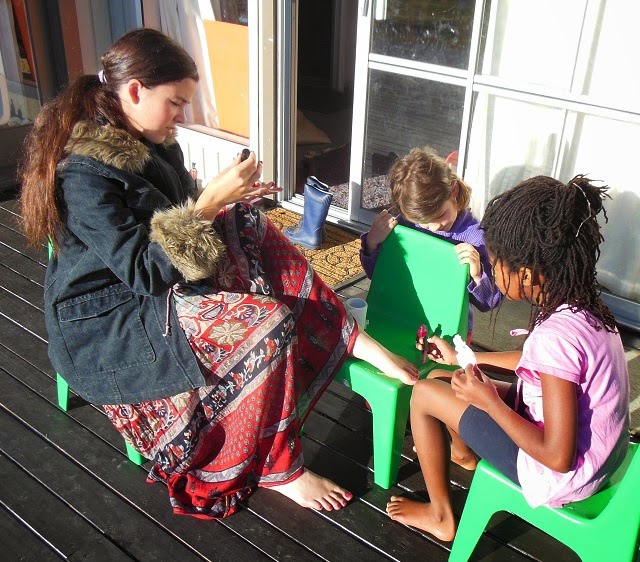 Saturday 1st March - a day Ruth has been looking forward to for the whole month. Lately she has enjoyed painting her nails but as a punishment for something (I can't even remember what) she was told that she would not be able to paint her nails again until March. 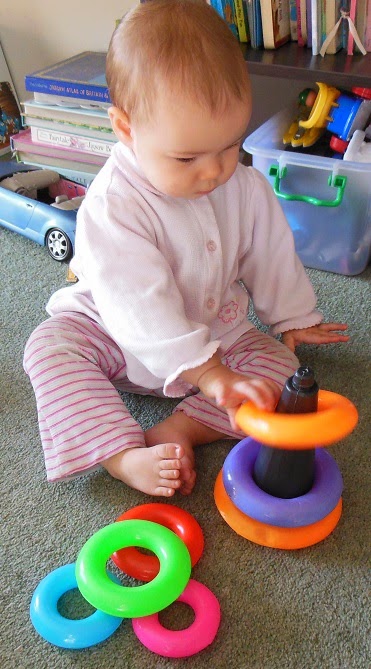 So she was very aware of the arrival of March and they got outside early to get finger and toe nails painted. :-)
Hannah can't have hers done yet as she still bites them. :(
I was thrilled to see Asher building this stacking tower today. It's lovely when children just all of a sudden "get" something and a new skill is learnt. She has loved unpacking it for ages now so it's nice to have her helping pack it away finally.

Below: The first of Autumn also saw the mountains with a sprinkling of snow. The wind was chilly enough from it.

Hezekiah sang so nicely for me at lunch that I asked him to do it again afterwards so that I could get a video. Such a cutie.
He did this one even better at the table. He can count properly to 10 but was concentrating too much on getting the song done so he could come and have a look. You can see him quickly jump off the chair at the end. 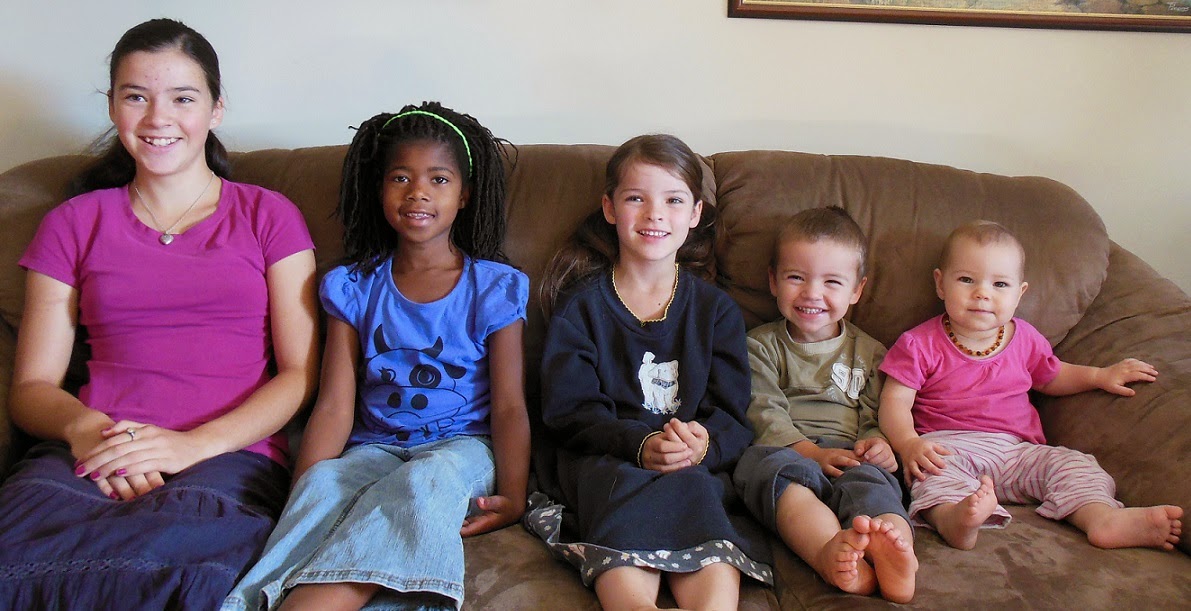 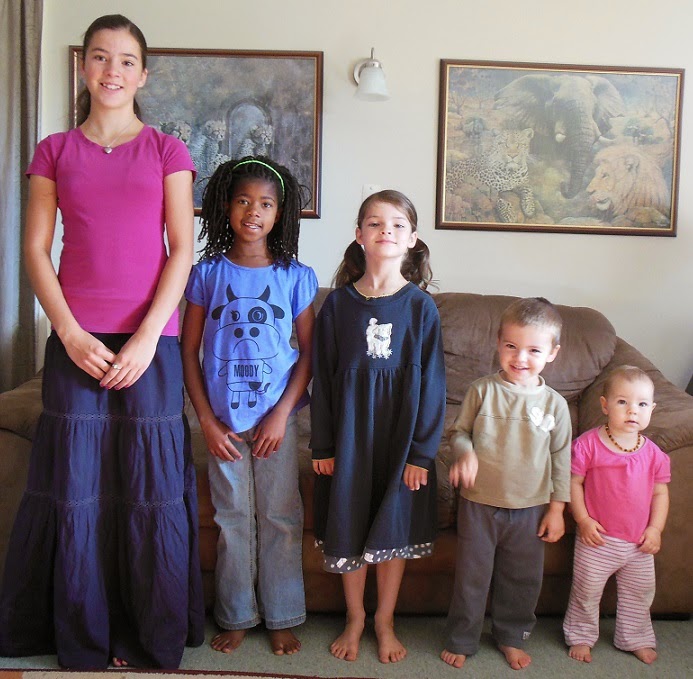 Sunday 2nd March. A quieter morning today as the church only had an afternoon / evening service today which is a bit tricky for us to attend with two sleeping little ones.
Time to get the monthly children photos.
And one standing to show the high variation. Hannah doing her best to be closer to Ruth's height. 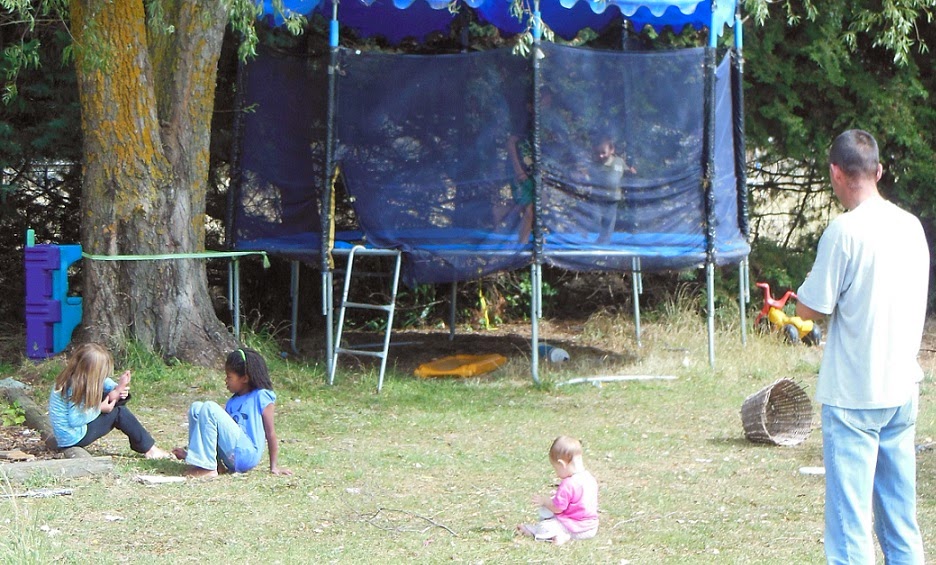 Brooke and Logan came around for a visit. It was lovely for Hezekiah to have a boy to play with and Logan was really good with him too (even though he is so much older). 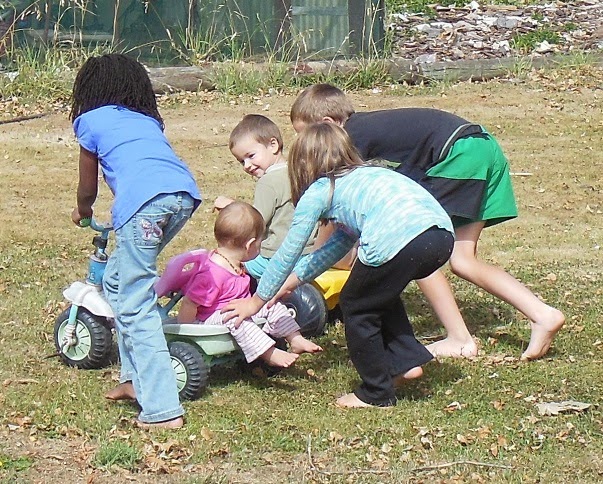 Giving the little ones a push around the garden. 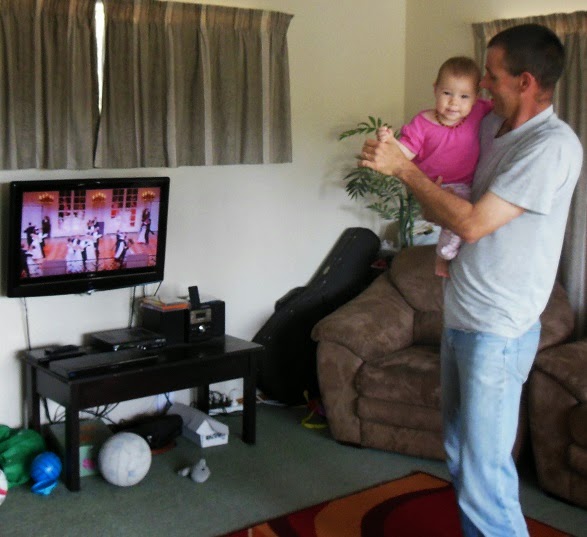 Asher having a dance with Dad lisening to one of our Andre Rieu DVDs. 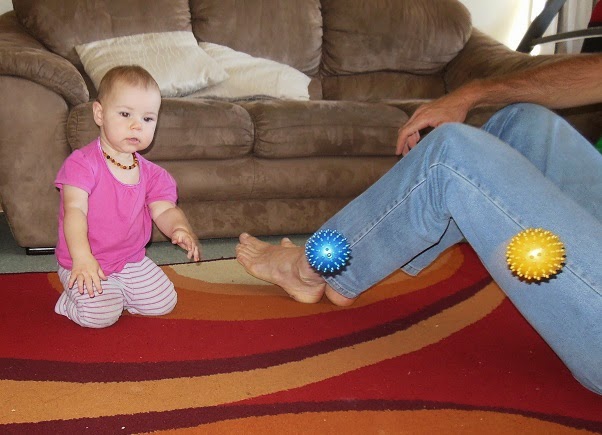 Asher is really good at throwing. It was great to get this "in action" photo. Her favourite is to throw two of these small balls (one in each hand). 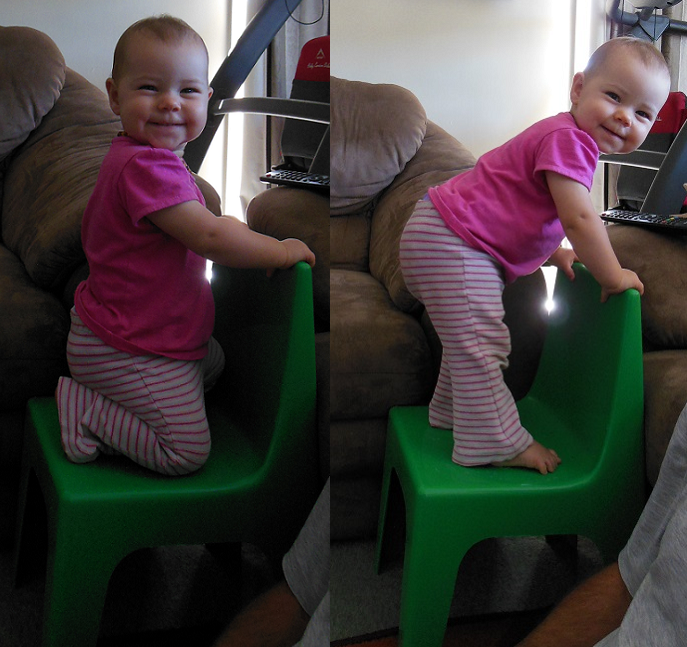 She also discovered she is able to climb onto these green chairs now. And then get up and stand. We will have to watch you (and keep the 3 chairs stacked up so she can't climb up - she even managed to get onto two stacked).

Below: Logan and Brooke came around again in the afternoon and we had a big game of Dutch Blitz while Asher watched her J.A.M. DVD. 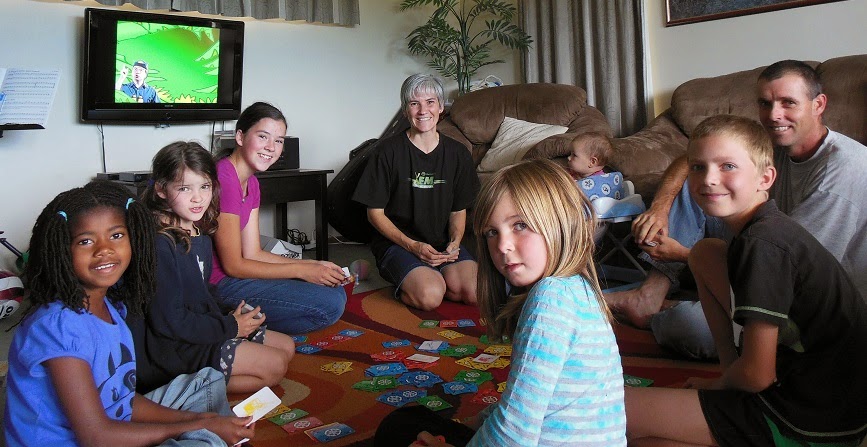 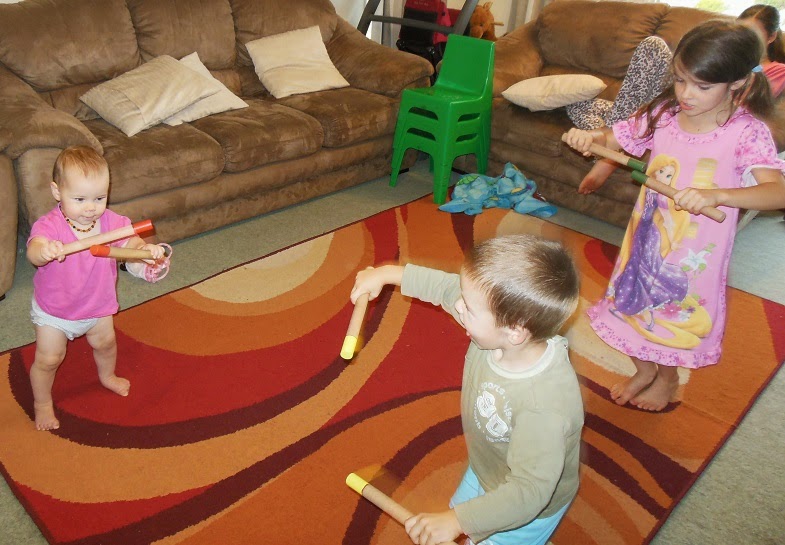 I just could not decide which of the photos from this evening to put in, so I have put all 3 in. The children enjoy a moving to music DVD and lately it's been a great way to keep Asher entertained for that last little bit of time before bed. She does really well with the alphabet sticks. Hezekiah does well too - keeping good time with the different beats. 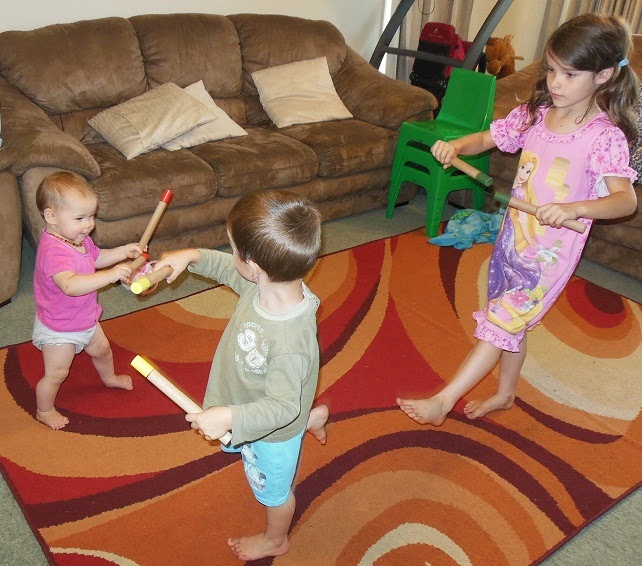 So much fun to watch them.
And good for you to know that our meal marathon weekend was not just work. We had loads of fun too. :-) 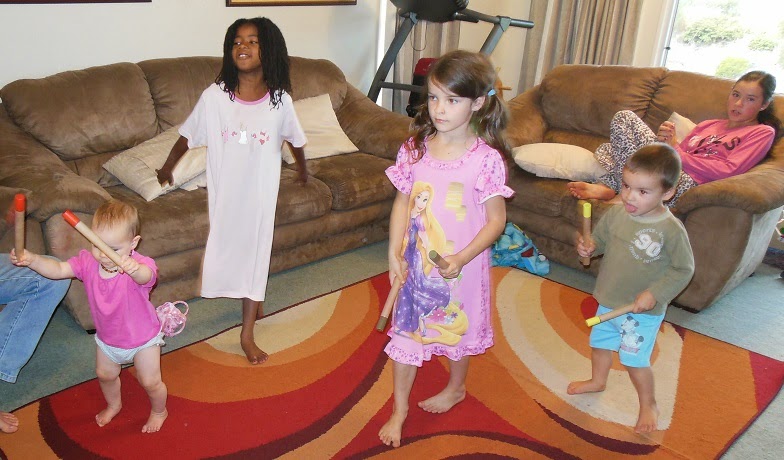