This and that from our week 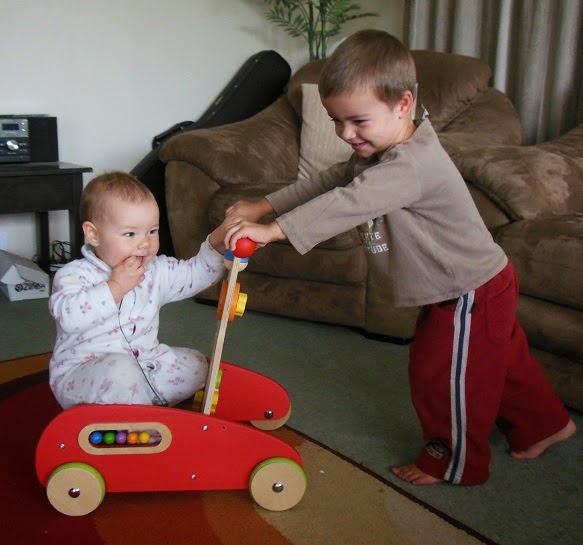 Tue 4th: So sweet to see these Two playing together.


Below: Thursday 6th. Some more snow on the mountains today. 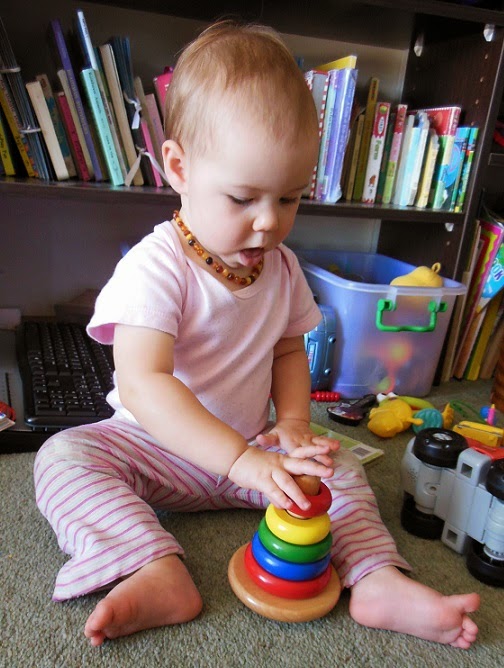 It was lovely to see Asher now able to put these rings on the stack. The order was just because they were lying conveniently in the right order, but it's rather tricky for little ones to get the rings on. I just love the mouth open in concentration though - just like her Dad. :-)
Rachel was very pleased to finally be allowed to help with weaning today (although not overly pleased with the HUGE size of her overalls). She was tired after the 5 hours work, but I think she probably pushed a bit too hard at the start in her desire to show that she would work hard. 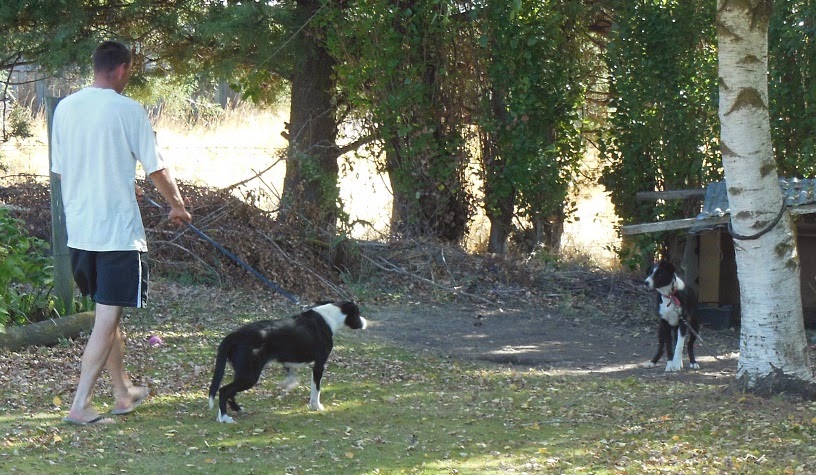 Zorro had his little op today. Brendon went to fetch him just before I headed of to fetch Ruth from brownies. So it was a rather busy day with loads of driving around.
Shadow was very upset when we took him in the morning and very pleased to have him home again later. 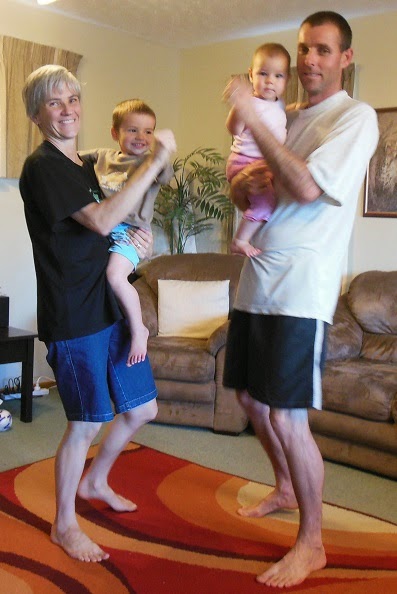 Fri 7th: some dancing before bed. :-) These younger two do love having the music playing and get so excited when we dance with them. 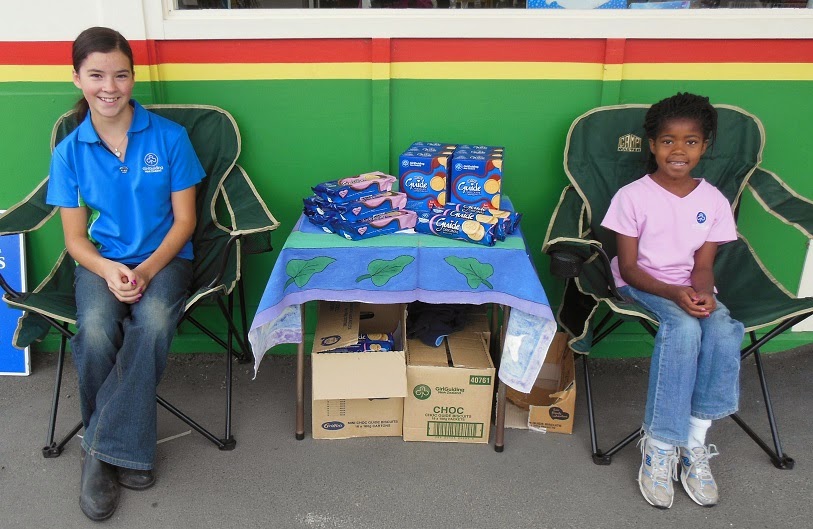 Sat 8th: By 9:30 Rachel and Ruth were set up with their biscuit stall outside the 4 square. They had a very successful morning selling all the biscuits we had left. Rachel was pleased to be able to get to wear her Jamboree shirt. 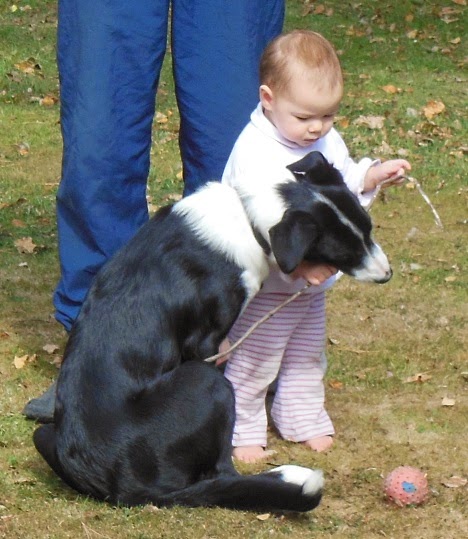 Asher enjoying some time outside with Dad and Zorro. He is just so good with her.

Although he did manage to steal her stick.
BELOW: After lunch Rachel and Ruth then helped Dad get the cover over the wood. 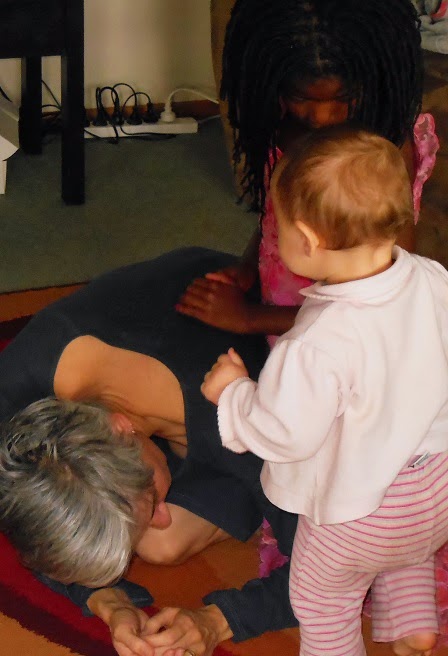 Sun 9th: Brendon had to work for a couple of hours this morning and I had a muscle go into spasm in my back. So Ruth gave me a bit of a rub. 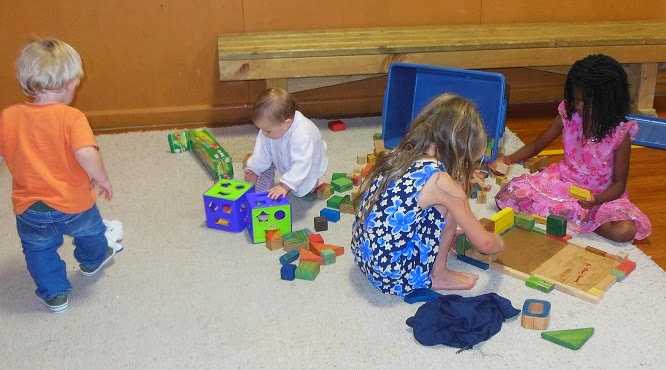 Thankfully it was feeling better and we could head off for church. I finally remembered to get a couple of photos. 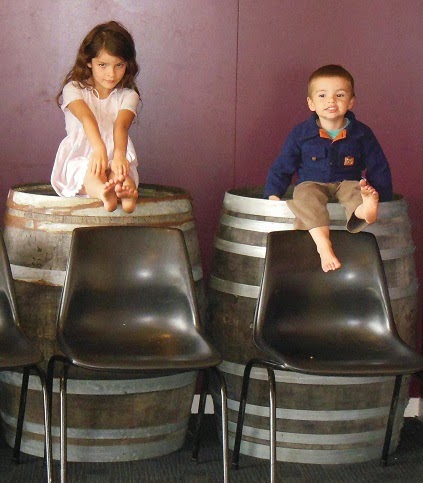 The children have so much fun playing with the other children after the weekly lunch after the service. And it makes it so much easier for us to not worry about rushing home to get all the hungry mouths fed. It's always such a blessing to get to know people around a meal. :-)
Posted by Buckland at 10:00 PM