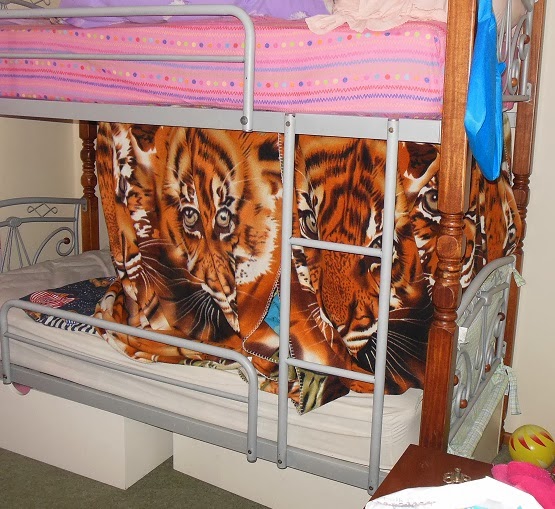 Monday 17th - Hezekiah's "tent" for his afternoon nap. There is one advantage to being on the bottom of a bunk bed. :-) 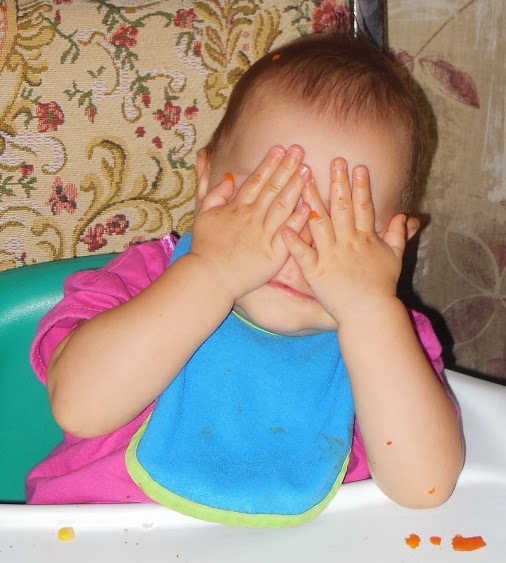 Asher playing "peek a boo" with Dad at dinner. 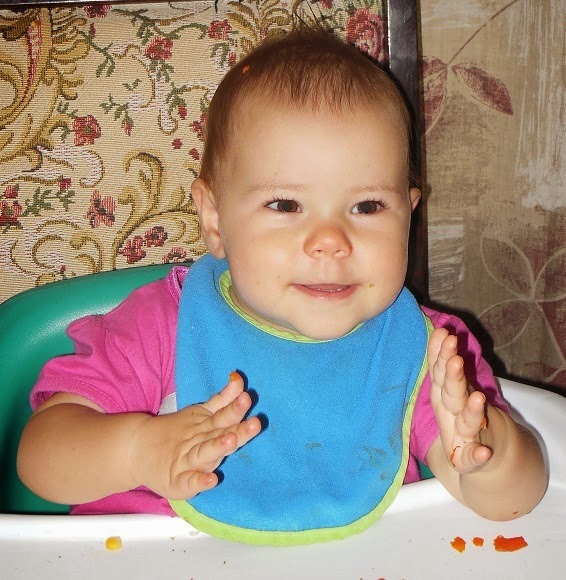 Such a cutie.
A video of their game. 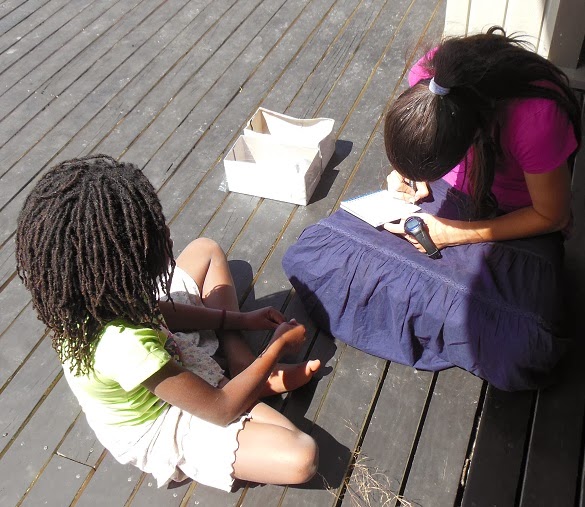 Tuesday 18th - Ruth helping Rachel with one of her science experiments. In the morning Ruth got to participate in the local schools junior swimming day which was great. I will leave all those photos for a separate post. 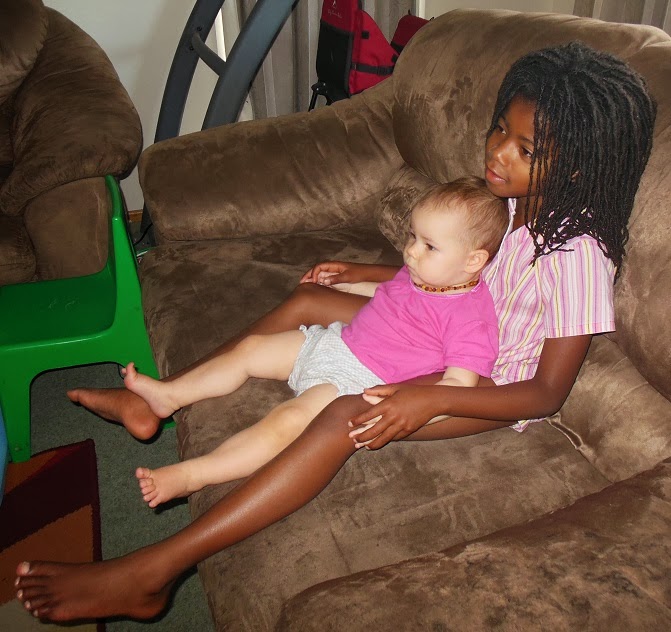 Asher watching JAM (Jesus and Me) with her big sis. So sweet.
On Wednesday evening we were invited out for dinner and sat outside - close to a river. The result being that both Rachel and I came home with bites on both our feet. This photo of my foot was taken on Thursday - it had swollen up so badly. The pain was so bad and eventually found the only way to be pain free was to have my feet in a bucket of ice water. So it ended up being a good thing Bible study had been cancelled that night.

To summarise - I lost 3 nights of sleep because of the pain and was really pushed to rely on the Lord even more. It was a very challenging time. I eventually went to the doctor on Friday afternoon with Rachel and she ended up on antibiotics. Her feet seemed to really get bad on Friday with them very red and hot (mine did not look as bad but were far more painful). Rachel was off to a Youth Camp for the weekend - so I felt it was safer for her to just make sure there was no infection (it's only the 2nd set of antibiotics she has ever had) as I would have hated for her to have terrible pain while away. 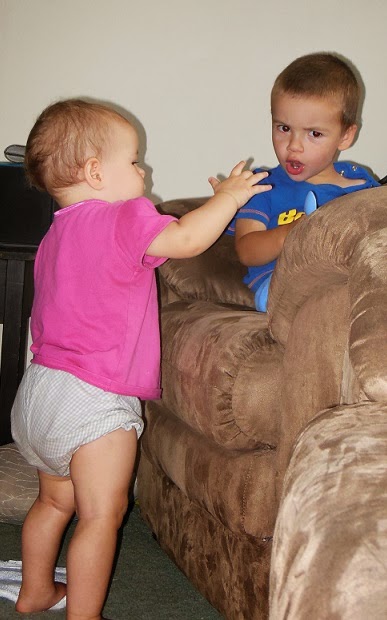 Friday 21st: Hezekiah saying "no" to Asher trying to take the iPad. 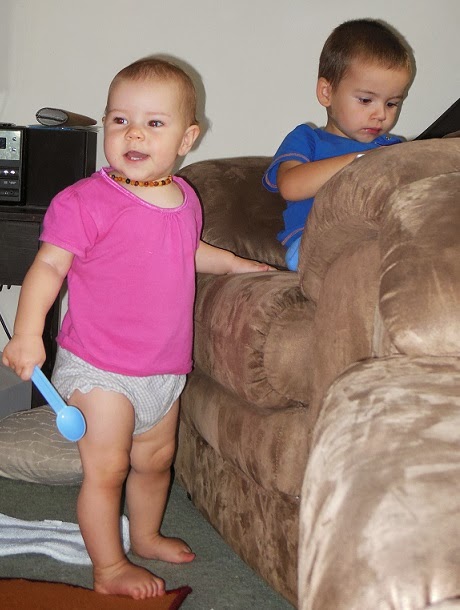 I think she just wanted to spoon back that she had been playing with (chewing).
She so enjoyed walking this evening and I managed to get some videos of it too. Such a sweety.
I did not even realize I was filming this (glad I got it though).
This video shows how determined she is an even though she fell over, she would get herself back up and try again. The big problem was that she kept wanting to dance. :-) 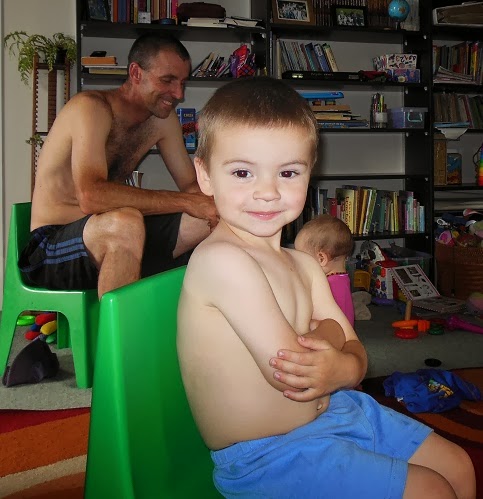 It was a rather hot evening and so Brendon had his shirt off. We all had a good laugh when Hezekiah wanted to be like Dad. I think he felt a bit strange without a shirt on though.
For some reason this photo makes me think of my older brother Craig. 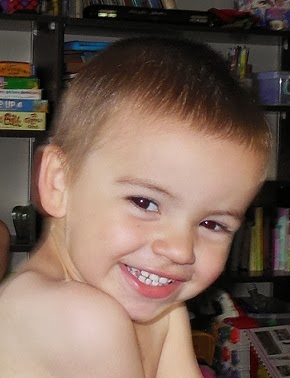 Such a cute little guy.