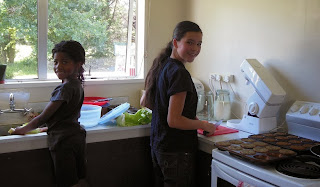 The girls found dark clothes for Friday to fit in with the school uniform as best they could. The oldest 3 have been practising with the school's mini orchestra and had their performance today at the school's end of year assembly. It sounded like they did really well and Rachel says that Hannah did an excellent job on the tambourine (Rachel was on violin and Ruth on recorder).
In the afternoon they were my kitchen helpers. Rachel made some THM muffins for Brendon's "morning tea" snacks. Flour-less lemon and poppyseed muffins which he really enjoys. 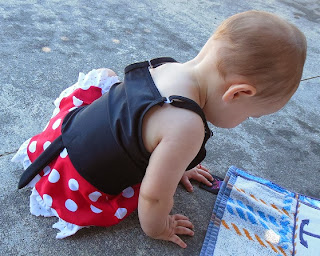 They both get very excited when we are having Taco's for dinner and always get the salad things chopped up nice and early. It's great having girls who love working in the kitchen so much.
And because dinner was almost all ready (just needing to re-heat the already made mince) we headed up to the pool before dinner. 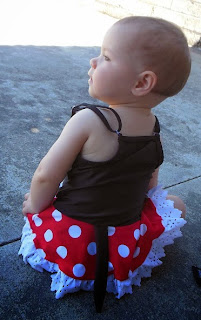 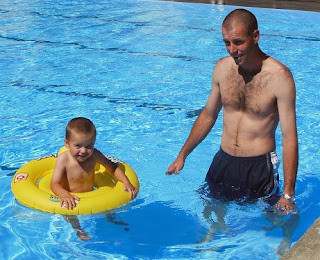 We were excited about trying out the new pool items I bought (who wants to wait for Christmas for these special items). Hezekiah tried out Asher's ring first. I had hoped to get him togs like Hannah has as they give her so much freedom in the pool. 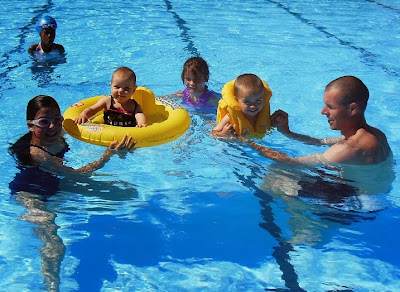 We had to be content with this vest though. It's not great as it does not tie underneath and so pops up to his ears all the time. But it does give Brendon a bit more freedom with him (rather than him clinging onto Brendon the whole time).
I quickly got some photos taken and then did a few lengths while Rachel watched Asher. It was lovely to be swimming again. Sure - it's only 10 lengths - but it's something. 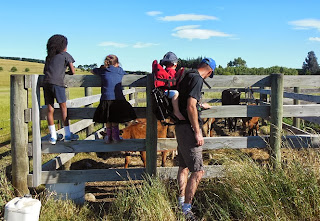 After dinner we headed out for a walk. The girls have wanted to do the "big block" for a while now - so it was nice to have enough time this evening to get out with them. Lovely getting a close up look at these calves while we were out. 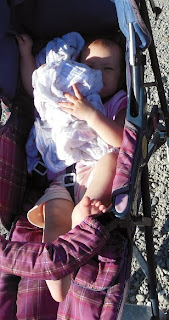 Asher had woken really early from her nap in the afternoon and was exhausted. So we put the back down on the pram and she had a nap for the 2nd half of the walk. 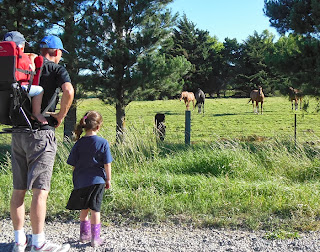 Saying hi to a few horses on the way.
The walk is well over 3 km (we still need to actually check) and Hannah was getting tired. So once we got onto the sealed road I said I would carry her (as then Ruth could push the pram). I ended up with her on my back for almost 1,5 km which turned out to be a rather bad idea as it hurt my lower back quite a bit. (I only noticed the next day and struggled with my lower back for the next week.) It was lovely to do though and hopefully next time Hannah will cope better. Walking in gum boots would not have helped.... 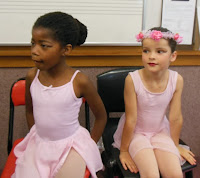 Saturday was the day Hannah has been looking forward to for months. Ballet concert day. One of the things that she was very excited about was getting make-up. Hannah done and Ruth getting ready for hers. 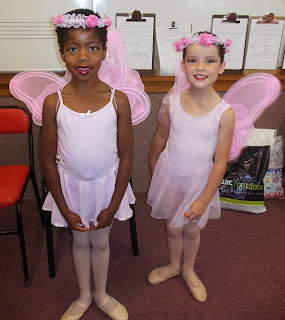 My two pretty fairies.
They had two shows today. We watched the first one and it was a bit of a challenge for me with Asher as she did not seem to like being in the hall with it being so dark. I got to see most of it though. With the business of Brendon and I each having a little one to look after I did not get any group photos which was a pity. And this year no video clips either. They had "professional" photographers taking photos and the video and we have a DVD ordered - so at least the girls will have a copy to watch again. 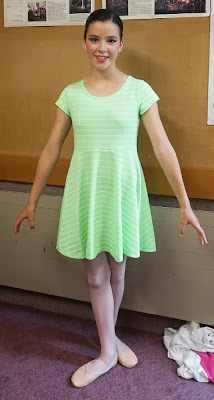 Rachel was a part of the Emerald City group. She had the two concerts on Saturday as well as two on Sunday (where there were other youngsters doing the young dancers parts - the teacher has THAT big a school). So although they only had one dance each this year - they did at least get to perform it more than once. We ordered the DVD for Saturday's performance. Unfortunately Rachel's 2nd Sunday performance was her best and I know she would have liked to have had that one. 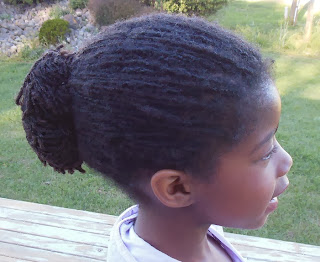 It was quite a challenge to get all of Ruth's hair into a bun. She has SO much hair. It looks really lovely though so I quickly got some photos before we took the bun out. 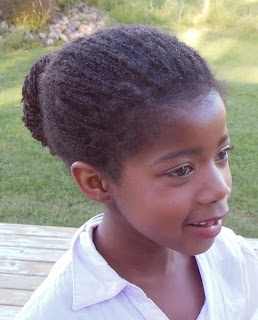 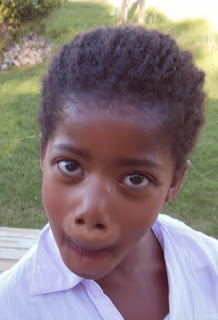 Getting so grown up now.
Right: Pulling a funny face for me - she was shocked that I had taken a photo though. 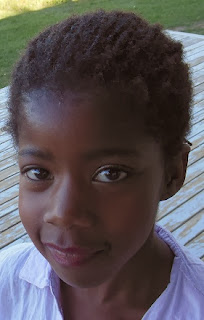 So I took another one to show how beautiful she is.

The girls all had so much fun and it was a wonderful highlight for their year of Ballet. Rachel again did so well and I had a few people comment on how graceful she is. She really is a lovely dancer and I am glad we put the extra effort in this year with all the travelling so that the girls could continue with Ballet. They have all done so well.
Posted by Buckland at 10:00 PM