Monthly photo and meeting the puppies

I could not decide - so include them both. 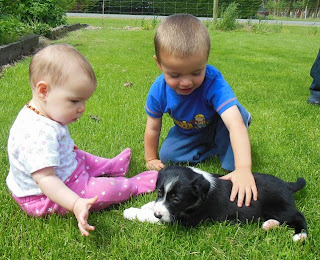 Zorro and Shadow arrived this afternoon. This is Shadow (with the solid black between her ears). 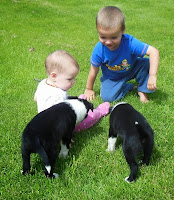 I know Asher and Hezekiah are going to just love the puppies. 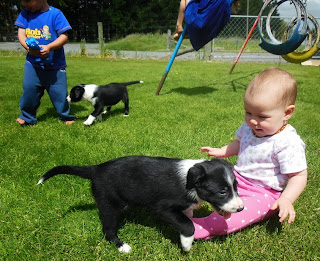 Zorro is very affectionate and wants to be with someone all the time. 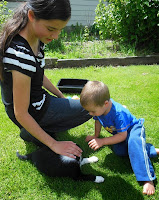 All the children were so excited. 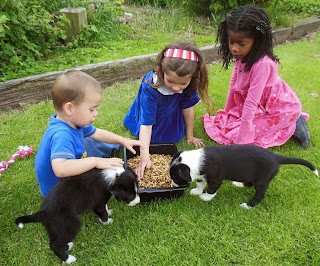 Getting their food ready. It's nice to have a picture of them now so that we can compare how big they get. 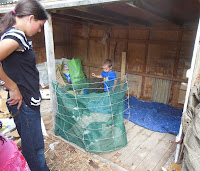 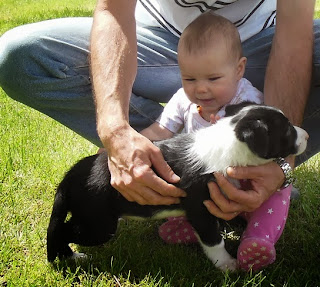 Asher does not look happy but she sure was. She just wanted to be down with them all the time. This is a nice one of Zorro. He has a thin white line down between his ears and a little black dot just before that white collar. 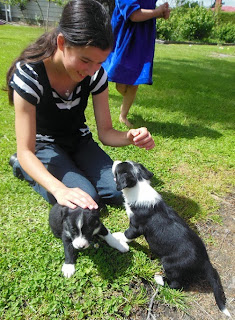 A lovely one with Rachel - who seemed to dress for the occasion. 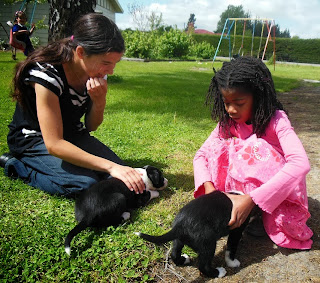 Rachel is going to be responsible for Shadow's training while Ruth has Zorro (with help from Dad). 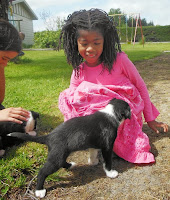 Ruth looked quite serious too in the photos with her. She is also very excited about them though. 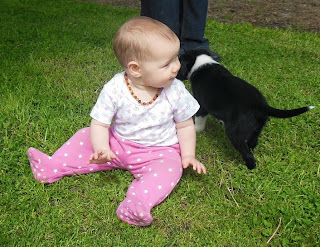 Soon they will be towering over little Asher. 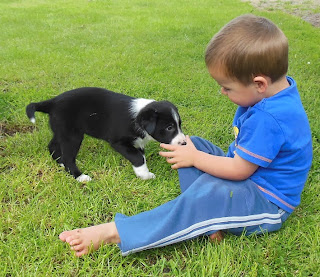 Such a sweet one with Hezekiah. 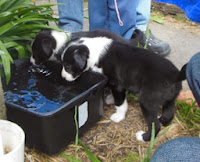 Soon that dish will be small compared to them. 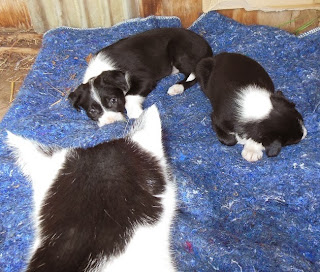 Later when they were resting in their kennel I brought Patches out to have a closer look at them. Hopefully it won't take her too long to make friends with them. She has never been worried by other animals and just loves visiting the cows and horses around our home - so hopefully she will realize they can be friends too. 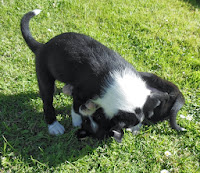 Zorro showing Shadow that he is boss between them. And it's probably their "playing" like this that keeps Patches at a distance. 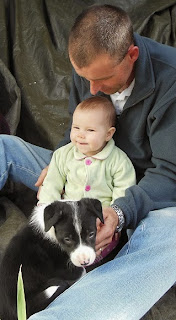 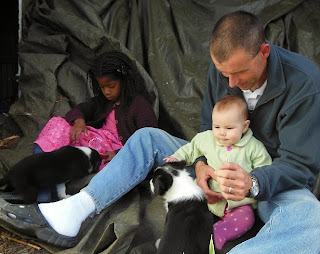 Just enjoying spending time with them. 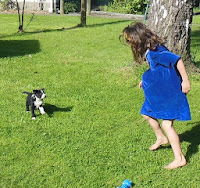 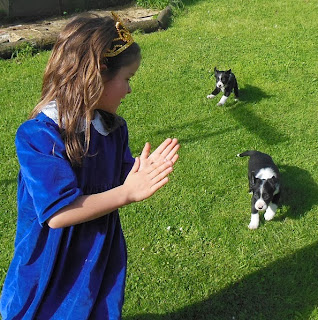 A lovely one with Shadow mid air. 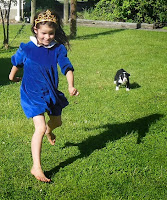 And this time Hannah mid air. 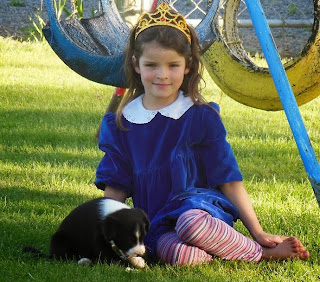 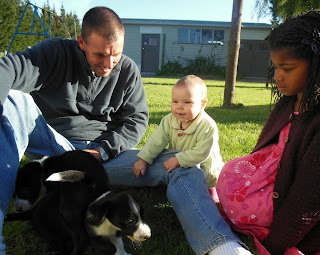 What a lovely first day with them.
Posted by Buckland at 10:00 PM