A much needed quiet week 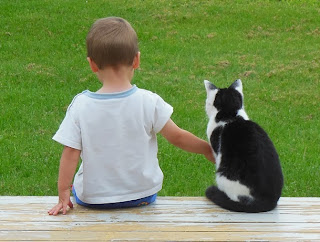 I just love this one of Hezekiah sitting with Patches. 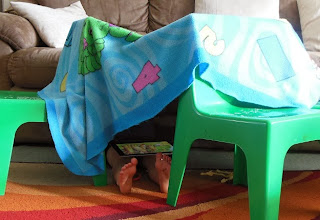 And Ruth made Hezekiah a tent to play under. 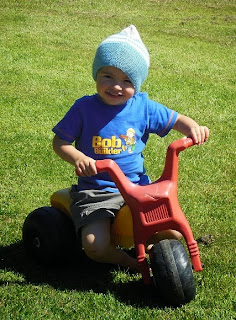 Such a cutie - and just like Hannah was at this age - she loved wearing beanies too. 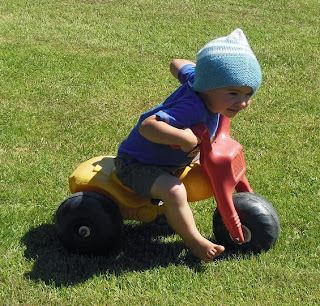 It was lovely to see the children enjoying the sun so much this week. 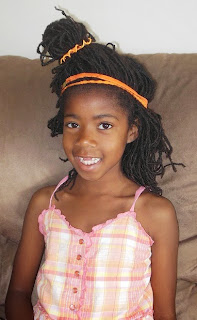 Ruth doing her own hair today with an "orange" theme to match her dress. 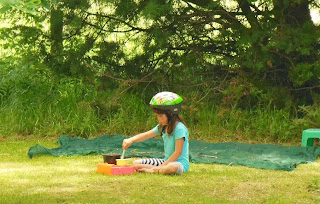 Hannah enjoying some time outside on her own. Cooking up a storm. :-) 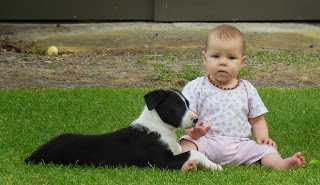 A lovely one with Asher and Zorro. Brendon says he often lies next to her when they are outside. As soon as I come out Asher has eyes for me and so won't sit there for long. I quickly got this photo before having to head over to her.

We had the girls bible study again on Saturday and again I forgot to get any photos. We had a lovely visit with the Spencer family and Briar. We decided to head up to the swimming pool quickly before dinner and so the children got some more playing time with Briar (who joined us for dinner again). It's great that Hannah can join the big girls in the deep end. 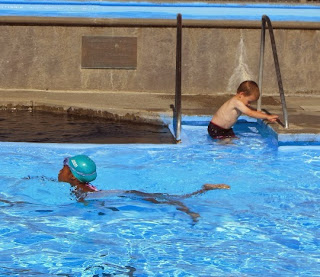 It was only 21 degrees today - so not at all appealing to Brendon and I. Hezekiah loves playing on the steps though and Ruth is putting in a lot of effort with her swimming practice already. 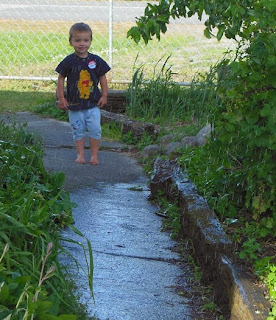 On Sunday afternoon Hannah and Ruth joined Noortjie for "messy church" and Rachel had some mucking out to catch up on (after our busy day with people yesterday). So it allowed Brendon and I to enjoy some time outside with just the youngest two. Hezekiah had so much fun with the sprinkler that was watering the berry bushes. 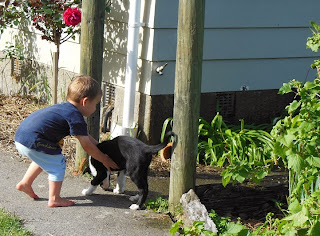 I laughed when he tried to convince Zorro to join him running through the water. He tried to push him backwards and started with the "beep beep beep" (that our van does when you reverse). 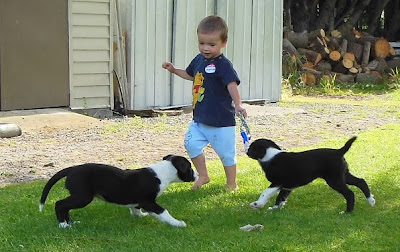 They are growing so quickly. I am sure they are at least twice as big already. 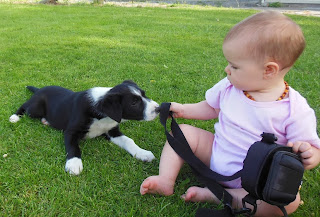 Learning to be nice and gentle with Asher. 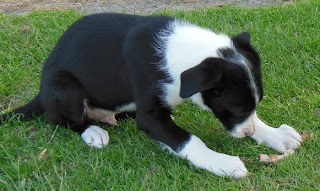 And enjoying some bones from our bbq lunch with Blake and Cheryl - a new couple who recently moved into the area to work on the farm. 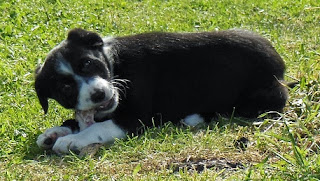 I love how they hold the bone in their paws. 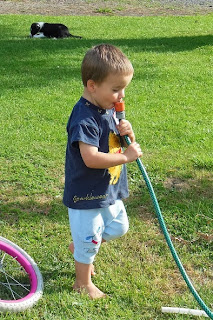 Once the sprinkler was off Hezekiah discovered the water in the hose.