8 months and the rest of that week 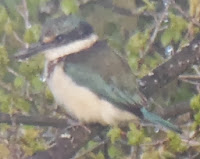 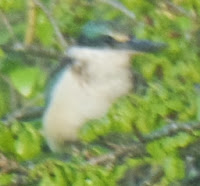 Saturday 12: Ruth and Brendon called me to have a look at the bird they had spotted out the kitchen window. We don't often get to see lovely colourful birds around our home - so it was a lovely treat.
Just a pity my camera kept flashing off the window and so I didn't get a nice clear shot. 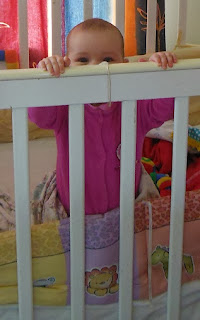 Sunday 13: We moved Asher's mattress down to the lower setting yesterday and it was just in time too. 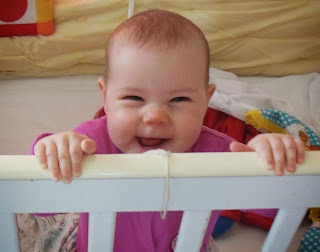 She thinks it's so much fun to pull herself up on the side. 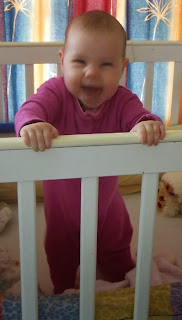 And now standing is the greatest fun (that's laughing not screaming - she doesn't scream). 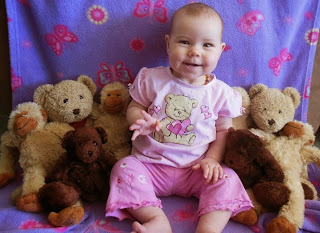 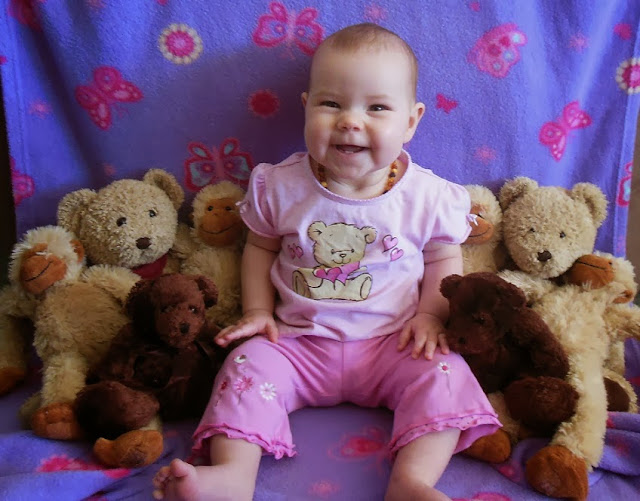 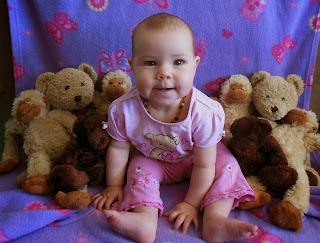 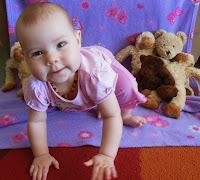 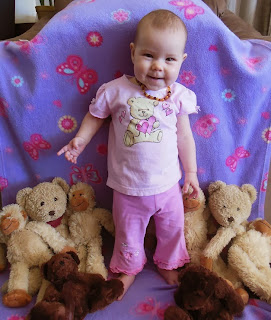 Although she is not standing on her own yet, she does love pulling herself up on things. So I stood her up giving her the chair as that extra bit of support behind her. 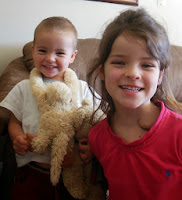 Hannah and Hezekiah also wanted to have their photos taken. 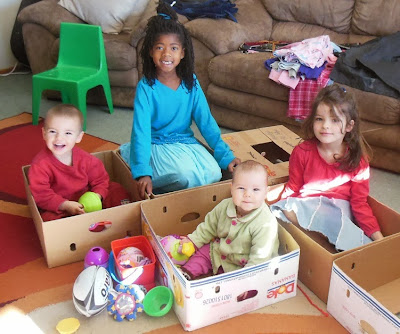 We were given a few boxes of clothes and the boxes have ended up being a great toy. 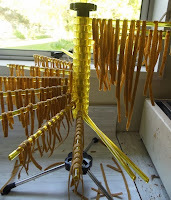 Thursday 17: Rachel made oat pasta today. I had suggested she not make the strips too long as they do tend to break easily. Eventually she was so good at it though that she was making nice long pieces. Rachel made a double batch and dried them out on the pasta rack. It was great to know we can make and store as it's a nice quick thing to cook up.

I had to laugh when I saw Ruth set them up for a crawling race to Patches. She knew as soon as Asher was put down she would be on her way as quickly as possible. 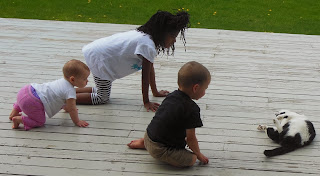 Patches was in a bit of a playing mood though - so Hezekiah slowed down as soon as he got to her. Can you imagine how much fun these children are going to have with puppies if this is how they play with the cat. ;-) 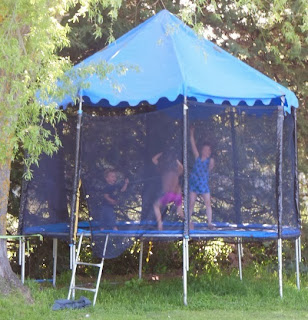 Saturday 19th: Hannah has been so pleased to have the 5 year old neighbour come over to play recently. And it's great that Hezekiah is always a welcome part of their games.