3 week catch up and August over 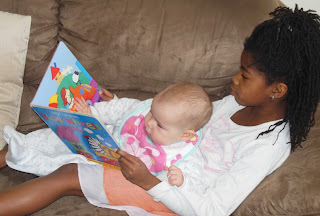 Life has been a bit busy of late - so here are the highlights from the last 3 weeks.
Tuesday 13th: Asher loves sitting looking at books with Ruth. Ruth was telling her all about the book. Asher was trying to get it into her mouth - as usual. :-)

Wed 14th: Ruth has been asking me for ages if she can mop the kitchen floor. She finally got her wish today. I am confident now she can manage it on her own - so we may get the floor mopped rather often now. :-) 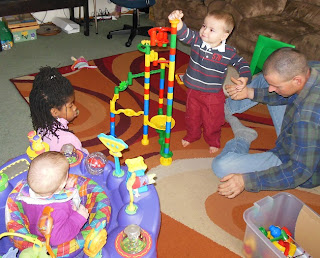 Saturday 17th: Hezekiah got Dad building a marble chaser this morning. Asher enjoyed watching and listening to it too. 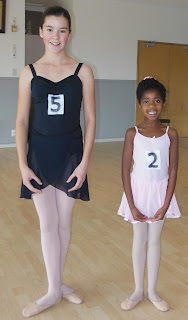 The girls exam practice was this afternoon. I had some time out and brought these two while Brendon stayed home with the others. Thankfully Hezekiah and Asher had their afternoon naps - so I didn't feel too bad leaving him with the majority. :-) 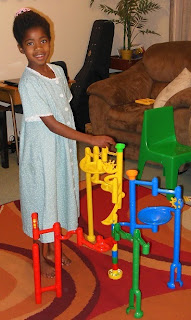 After ballet Ruth decided she wanted to design a marble run with each colour forming a different run. Good job Ruth. 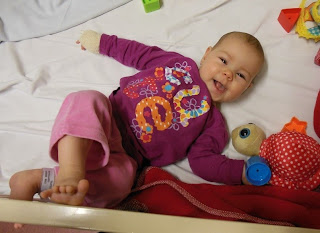 Sunday 18th: This morning just before 3am Asher had a grand mal seizure that lasted 9 minutes. I will leave all the details of this for another post. Here is a photo though of her in the hospital on Monday morning. Happy healthy little cutie.

Tuesday 20th: I made sure I got a couple of photos today of these beautiful daffodils. I was surprised at how big the ones on the left had gotten as I arrived home from the hospital on Monday afternoon. They look so beautiful.
Below a close up. Just so delicate and pretty. 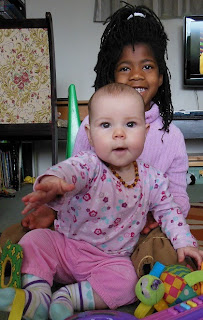 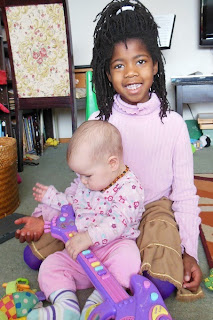 Wed 21st: Ruth playing with Asher.
As soon as Asher heard the camera though she then wanted to try and get it.
I think everyone is just so pleased to have Asher home and healthy. 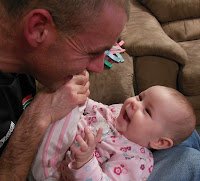 Dad playing "peek-a-boo" from behind her feet and she was having SO much fun. 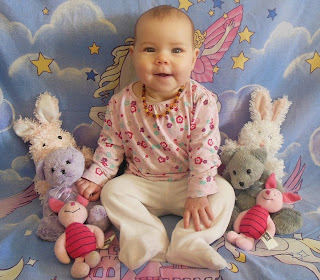 Friday 23rd: Finally I get to take Asher's 6 month photos (a week late). She is growing and learning so wonderfully and is a blessing to us all. Her first two bottom teeth had been worrying her for a couple of weeks and so it was nice to have them out by 6 months - exactly the same as with Rachel and Hannah. It seems the moving around for 2 weeks before hand was more of a problem than when they actually came through though. 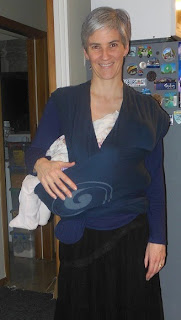 Sunday 25th: Asher has not been as settled since we got home from the hospital. She does not get to sleep on her own any more and wakes during her naps. I am sure it's from not getting her proper naps while in hospital and all the different things through those two days. So I have been having her take at least one of her naps during the day in the sling. It has been such a blessing for her to have some extra close time with me to get reassured that everything is back to normal again. I was actually going to return the sling to my friend as I thought Asher was too big for it. I am glad I still had it though. I was surprised at how easy it was to have all of her 7kg on me. 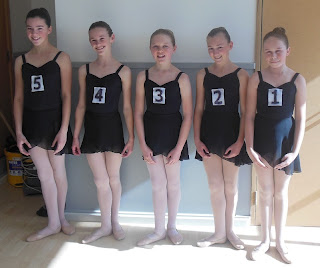 Monday 26th: Exam day today. A friend was a wonderful blessing to me again and stayed with Hannah and Hezekiah at home (great for Hezekiah to get his normal nap after lunch) while I took the girls for their exams. One of the other mothers had the girls line up for a photo so I quickly headed over to get one too. They both did well and enjoyed it. We will only get the results in a few weeks.

Tuesday 27th: Hezekiah was wearing shorts today and so I noticed the eczema that he has behind his knees. I had unfortunately gotten out of the habit of giving everyone their supplements after our hospital visit and so I realized today how important they are for Hezekiah. 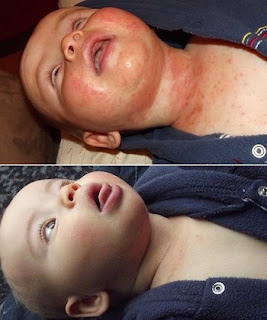 He had that terrible eczema when he was 6 months old. I include the photos I took here to show you how wonderfully it cleared on these products. This wonderful healing took place in just 4 days. It was like watching a miracle and I continue to thank the Lord for how wonderfully He has made our bodies. It's incredible what our bodies can do when fed properly (the way God originally designed food).
Sometimes we start taking things for granted though and I think that was what I was doing about his skin. I just did not think of him as having eczema. So this week has shown me that it is still an issue for him and his body does need that extra support in order to cope. I was confident that once I got him back onto the products (and gave him nice high doses for a couple of days) it would clear. As I write this less than a week later his skin is almost clear. I have learnt my lesson. :-) 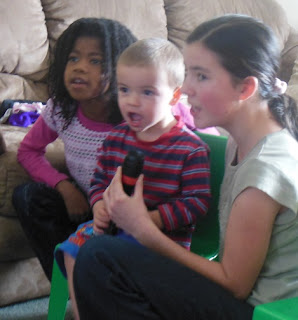 Wednesday 28th: The children have been enjoying the "Sing Star" again recently and now Hezekiah is joining in too. It all started with the girls learning one of the Lion King songs which he then learn from them. He just LOVES to sing that with them on Sing Star now. :-)
Thursday 29th: We had our citizenship ceremony today - but I think I will leave those photos for another post. 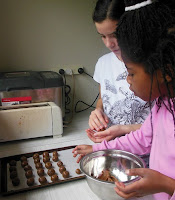 Friday 30th: The girls made another batch of "rolos" today. These are by far the best ones yet - finally able to roll nice balls and not have it sticking to their hands. They tasted even better too. I will get a photo of the finished product and try get the recipe on soon. The original is here.
Posted by Buckland at 10:00 PM