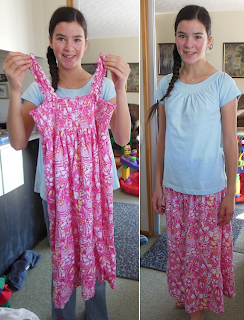 Monday 29 July: A friend dropped off a few bags of clothes yesterday and Rachel was thrilled with the things that fitted her. Especially the number of summer tops there were as hers have gotten too small. It's been a bit warmer lately and so Rachel has been getting her summer tops out and there have been many that have had to be put aside. There are some special ones that I know Ruth is now looking forward to wearing (although a bit big for her still).
This dress was instantly seen as a potential skirt (Rachel likes long skirts) and so she carefully unpicked the straps today and loves her new skirt. 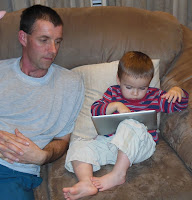 I had to smile seeing Hezekiah sitting with the iPad like this today. So relaxed and having so much fun (learning too without even knowing it). 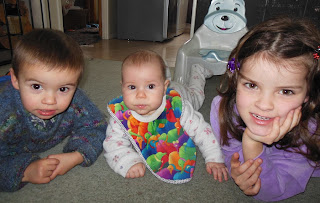 Thursday 1st August. Wow - this year is flying by.
I love how the children get down on the floor to talk to Asher. She is getting so nice and strong too and they get so excited when she rolls over.
Friday 2nd. Off to town for Brendon and I today (with Asher along) for our long overdue dentist appointments. I knew I had one small hole but thankfully our teeth were good and that was the only extra. It was so much easier having the other children stay home with Rebecca and Samuel (I am so grateful for them coming over). I even did my shopping on-line and all we needed to do was collect it. 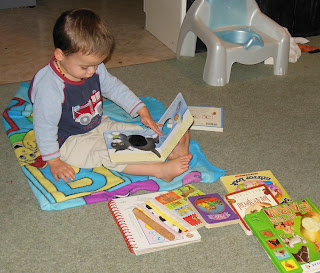 Saturday 3rd. Time for a change. A bit of a bad habit has developed over the last couple of weeks when Hezekiah gets up early (just after 6am). I am often busy and so Rachel would put The Wiggles on for him to watch until every one is up and about at 7. It got to a point where he would wake in the night and ask to watch Wiggles. So I knew it was time for a change. Brendon was enjoying sleeping in - so he was in the room to listen out for Asher waking - so I had been up and out the room since around 5. 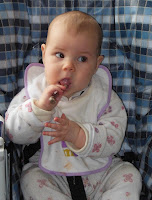 When Hezekiah got up I told him there was no more TV in the morning but he could sit and read some books. I read a few to him and then he happily sat "reading" on his own while I continued with my own reading.
Sunday 4th. Our regular roast chicken lunch is now a favourite for Asher too who loves getting a bone to chew on. She still does not need any extra food to her milk - but sure loves copying everyone else. It's going to be interesting to see how things go over the next few months as she starts on finger food solids rather than baby food. 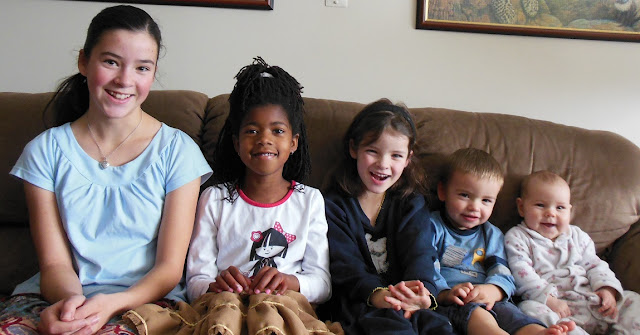 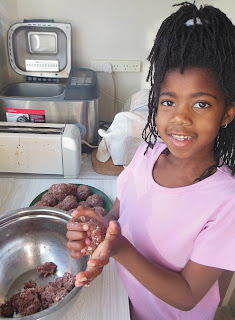 Monday 5th. Ruth was thrilled to be "allowed" by Rachel to peel the potatoes for dinner and after Rachel made the meat ball mixture she allowed Ruth to make the balls. I love that my girls LOVE helping in the kitchen.
I have been asking Brendon to try and get some time off as I have been worried about him burning out. The last leave he has taken was for his whirlwind trip to SA (which was exhausting and not restful at all) and before that the week before Asher's birth (again - an exhausting week with little sleep). So I was very pleased he could make a quick plan last week and take this week off. 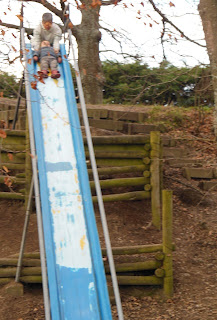 The negative was that on Friday he started struggling with the cold that has been niggling the family for the last couple of weeks and so most of his week off was not terribly restful. The positive in that though was that he was not very sick and so if he had not been on leave he would have been working - and may have ended up very ill. On Wednesday morning he was coughing up green phlem which was quite concerning - but we got onto some stronger homoeopathic things that have helped him with his chest infections in the past and by Wednesday evening he was better than he had been the whole week. So at least he had Thursday and Friday off - feeling well (and back to work on Saturday morning). 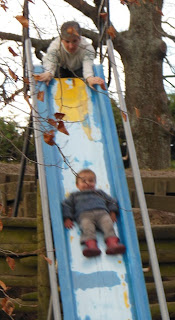 On Tuesday I had something to get done in Amberley and so we all headed in early so that the children could have some time on the play ground before the first ballet lessons. Rachel's normal part-way-lift home was not happening this week - so we just had a quick fish and chips dinner and stayed for her lesson. So a very last minute family outing but loads of fun for the children.
Hezekiah first had a bit of time playing on the other slides and then we headed over to this HUGE one. For the first time down I let him sit on my lap. When we went up the 2nd time he very clearly told me that he was going on his own. We told him to stay lying down and keep his arms in and he did a great job - just lifting his head so he could see. It's a great slide and has a nice long end - so he stopped before even getting to the end of it. For his last slide I suggested he go on his tummy and he was ready to go head first. I turned him round though and he went down - feet first - on his tummy. If we had had more time I think the face first would have happened. I wanted Brendon to try stay as quiet as possible as his chest would get tight if he moved around too much - so he held Asher while I went up and down with Hezekiah. If he had been well I think they would have spent the whole ballet lesson time out there. 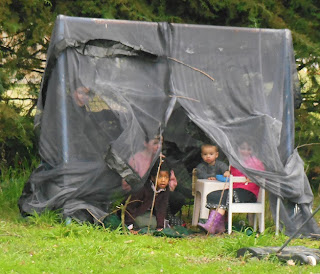 We just enjoyed having Brendon home - taking it easy and so there are not many photos from the week. Brendon had made this "tent" for them and on Saturday Briar came over and Rachel tweaked it a bit - creating a lovely door. They had such a lovely time playing out there. It makes me look forward to summer and longer days and the many hours of fun they will have. 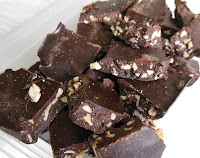 Sunday 11th. I finally got around to making some "Skinny Chocolate" today (which tastes like a chocolate treat but is so good for you). It's basically Coconut oil, Cocoa powder and Xylitol (a natural sweetener that's good for your teeth) and I put crushed cashew nuts in for a variation. Thankfully I made a double batch as it's a hit with Brendon and I. At this stage I am not even sure if we want the children to taste it. :-)

Our daily lists continue to work very well. I have been more diligent in allowing the girls to suffer the consequences of not getting their work done. Before I would try and help them "make up" when they had missed things but I realized I was not really helping them learn. So for these two weeks only Rachel has earned her chocolate at the end of the week. And Ruth has earned a couple of days of having to do dishes the whole day. I have discovered this is a very effective form of punishment for both Rachel and Ruth.
Hezekiah has made huge improvements with the potty (this being the main reason I took a photo of their sheets before throwing them away). Before we would have to watch him and remind him to go to the potty (or even take him). This last week has been great though as he has finally "gotten it" and now goes on his own. He has even been dry after a few afternoon naps - so a great week for him.
Posted by Buckland at 10:00 PM