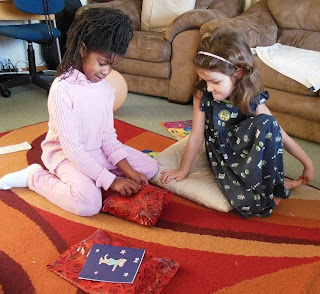 Ruth and Rachel had a nice late start to their day being in the tent and only waking after the sun was up. Even before breakfast though Hannah wanted her to open her presents. It's so lovely to have the other girls so excited about giving gifts. What a blessing. 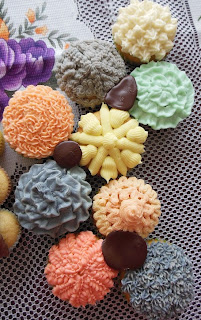 Ruth and I got started on the cupcakes soon after breakfast and then once they were cool we got icing. Ruth was disappointed that she was not doing the actual icing - but it helped her to realize that even Rachel wanted me to help with this part. Rachel help make the icing as she has a great recipe that finally works with the different tips. Ruth helped me colour the icing so that we had a whole range (the purple one's look a bit grey in the photo unfortunately). Ruth also chose the different tips for me to use and helped me filling the piping bag each time. She was thrilled with all the patterns I came up with. It was wonderful for me to finally get to try different things. After 12 years of making birthday cakes I have finally had fun (and not frustration) with the icing. 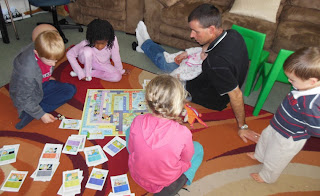 I had a last minute errand I had to do in Amberley, so Ruth and I headed off to pick Danielle up. Then I swapped with Brendon and they went to fetch Caleb. While I got the food finalized they played our Bible game. Brendon also dropped Rachel and Hannah with Kerry so that they could have a visit with their Spencer friends this afternoon. It was quite strange for me to have those two missing. Although I had two others the whole dynamic of the home changed. 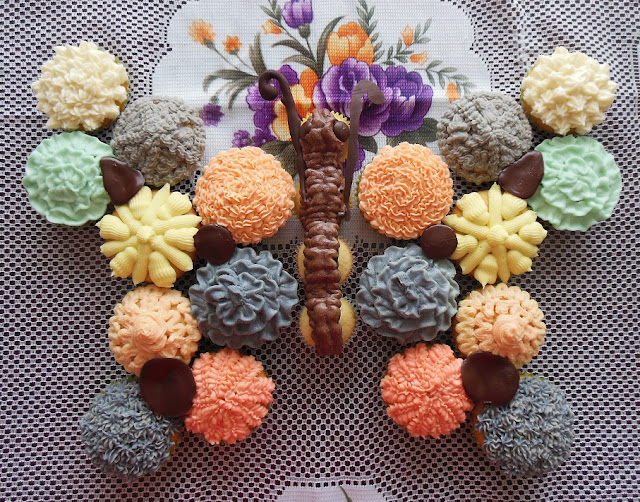 Then it was time for the cake. Ruth had decided she wanted a butterfly with her cupcakes. She also chose this table cloth so that the butterfly had a flower to sit on. 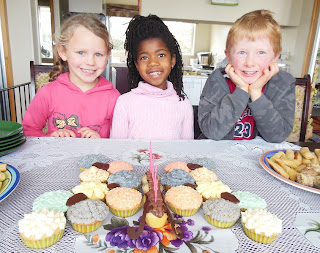 Unfortunately the two other guests were unable to make it. So a very small party this year. 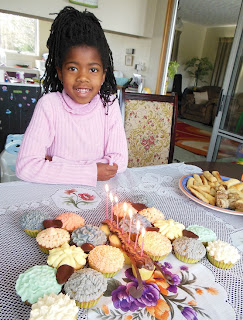 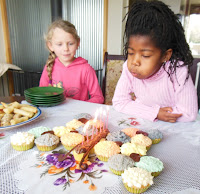 Ruth chose sparkly candles which are rather hard to blow out. 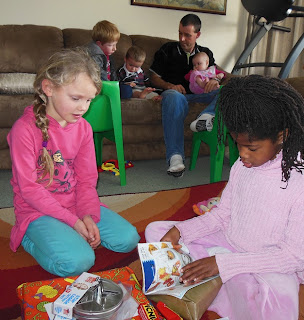 Then it was time for opening presents. Brendon let Hezekiah play on the iPad to help keep him out of Ruth's presents and soon Caleb was over having a look. 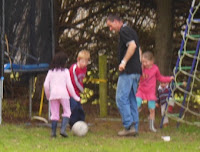 Then outside for a bit of soccer with Brendon. The garden is so muddy though that they all ended up rather dirty (sorry to the parents for sending home muddy children). They did have a lot of fun though.
Posted by Buckland at 10:00 PM