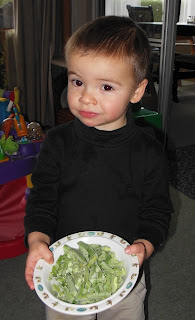 Monday 15th: Hezekiah often wants to eat as soon as he sees me busy getting dinner ready. Lately I have started giving him some frozen veg to keep him busy (and out from under me). The girls enjoy eating them frozen too - so they all have a healthy veg snack while they wait for dinner. I love how much he loves his vegetables. 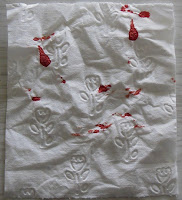 Ruth - my artist. She noticed that she had cracked skin under her toe and it was bleeding. She took some toilet paper to wipe it off and noticed she had created two eyes. She then proceeded to "draw" a face (nose, lips, eye brows and even some "pink cheeks").
She also made the note that she has not been creaming herself enough lately - thus the cracks. Our big 10 litre tub of coconut oil arrived this week - so perhaps she will get oiled up more regularly now. :-) (We bought it mainly for eating but it's great for skin and her hair too).

One idea in THM (see the info here) of reducing carbohydrates but not missing out on what you are "used to" is having cauliflower mash. I tried it today and Brendon and I really enjoyed it. The children can burn up loads of carbs - so they don't have to have any if they don't want (they had rice with theirs and there were enough veggies in the chicken dish). 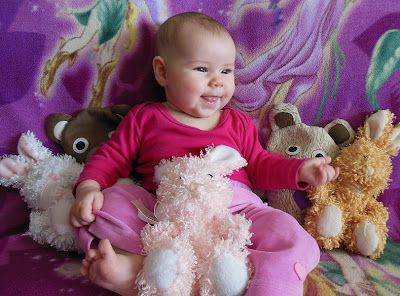 Wednesday 17th: Asher's 5 month photo shoot. At first she was too interested in smiling at Hezekiah.

She is not able to sit on her own yet - but is getting nice and strong. With practice it won't be long. 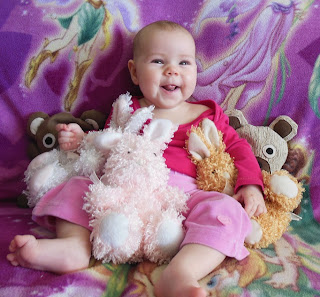 Such a sweety.
Still fully breastfed and still looking nice and chubby. By far my chubbiest baby. Not only was the pregnancy the healthiest one I have had - my milk is obviously benefiting from our new supplements too.
She is 6,9kg now - following the 50th percentile line on the growth chart beautifully.
And she is 70cm tall. She has been between the 98 and 99.6 percentile all along (a nice tall girl) but this month she is right up at the 99.6 line. I got quite a surprise when I measured her and even double checked. 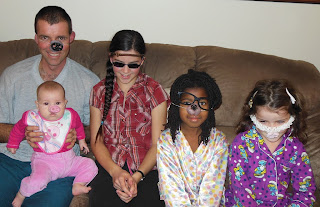 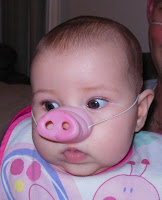 We had a bit of fun when we called Nana on Skype this evening.
Doesn't Asher make the cutest little pig.

Thursday 18th: What a beautiful sky this morning (7:40am). Hannah especially loves sunrises and sunsets - so I always make sure I open the curtains up and call her over to have a look. 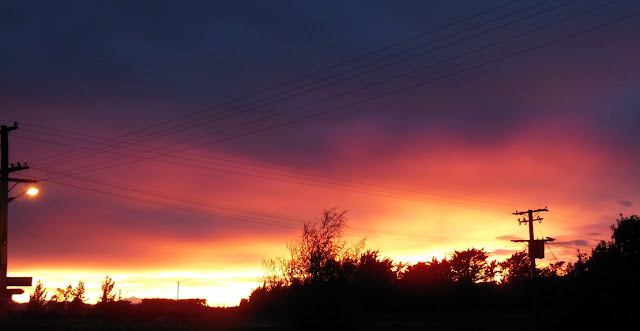 Just 5 minutes later and so much lighter. So many beautiful colours. 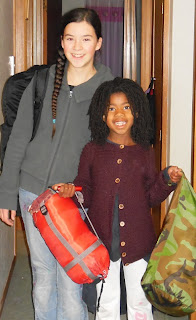 Rachel has been trying to organize with some of the neighbourhood girls to have a sleep over in a tent in one of our neighbours paddocks. They finally got it organized for tonight and agreed to let Ruth join them. What a nice holiday treat for them both. And especially nice for Ruth having her birthday in the morning.
Posted by Buckland at 10:00 PM