3 months and a contrast in the weather 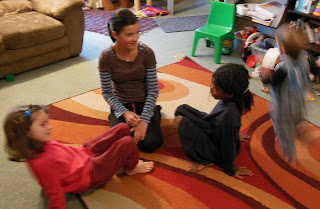 Tuesday 14th: I have never seen the temperature variation like this afternoon. When we left home at 4pm for Ballet - it was 18 degrees. Within 15 minutes it was down to 11. As we approached the winds we could see the thick cloud that we were about to drive into. It was amazing to see the temperature just drop and the weather change so suddenly. On our way back it was 9 degrees in Amberley but as we came through the winds and got close to home again - it was back up to 17 (at 5:30pm). I could not believe that you could have a 8 degree difference in temperature within 15km. 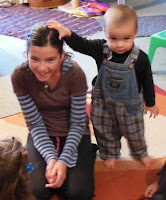 Friday 17th: Friday was cold and wet so the girls came up with some new games to play with Hezekiah. They have tried to teach him to play "duck duck goose". He seems to prefer "goose goose duck" though as he pats their heads and calls "goose". I wanted to get a photo of his lovely new pants - so had to ask him to stand still for a bit. Such a cutie. 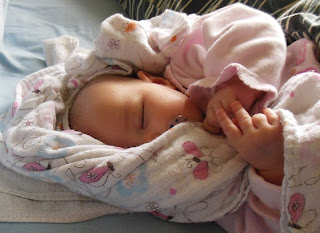 For the last couple of weeks I have managed to get Hezekiah and Asher to have their naps at the same time after lunch. It has been such a blessing. I still need to lie down with Asher when she wakes after about 45 minutes - but this is the one time in the day I help her to get back to sleep and have a longer sleep. So I get a bit of a (forced) rest with her through the 2nd part of her nap. 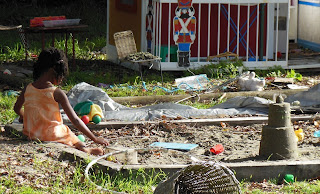 Saturday 18th: I had to smile this morning when Ruth headed over to the iPod before getting dress. I asked her what she was doing and she said "checking the weather so that I know what clothes to wear." With a warm sunny day anticipated she chose a summer dress and was more than comfortable out there today. They had a wonderful time in the sandpit - building a multi layered sand castle (there are layers of leaves and grass). 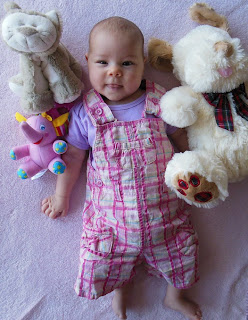 I also got to take Asher's 3 month photos today. And so nice to get her to wear this summer outfit at least once. 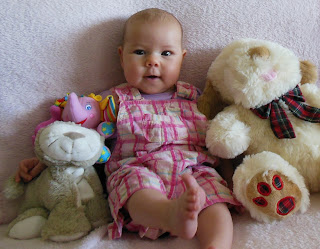 Keeping up our teddy per month tradition. :-) This time all three are her own new teddies. 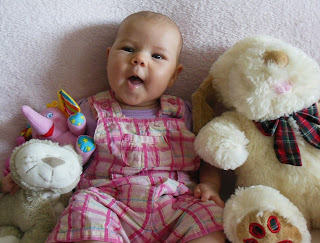 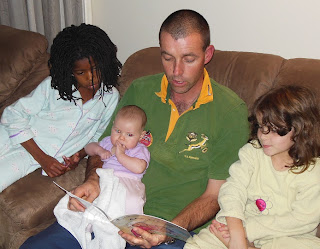 She loves putting her fingers (or entire hand) in her mouth. 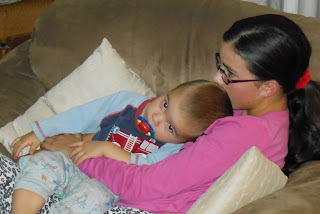 The American Idols finally was on TV last night. We have been recording it and watching it together as a family - so we started watching it this afternoon. It was a long 3 hour show - so we allowed the children to stay up a bit later to get that last bit watched. We were all pleased that Candice won as we have been hoping she would win for quite some time now. We actually have agreed with the eliminations every week for the last month. It's been fun to enjoy together.

Hezekiah was really tired but still wanted to be up with everyone - so he sat quietly on Rachel's lap with his dummy. So sweet.
Sunday 19th: Back to wet and cold today. Christine had said she would take Rachel to the Pony Club meeting this afternoon where they were learning specifically about dressage. Despite the weather Rachel was very excited about going. Again it did not go as expected but was an opportunity to learn a lot (about life in general even if not specifically about dressage).