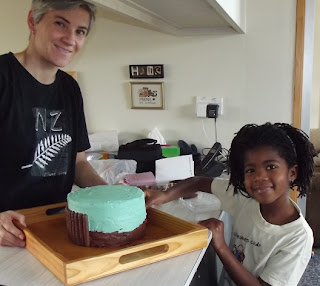 My idea of the cake preparation was to bake the cake today and then ice it tomorrow morning. Ruth however - had other ideas and as soon as they was cool enough the icing began. :-) 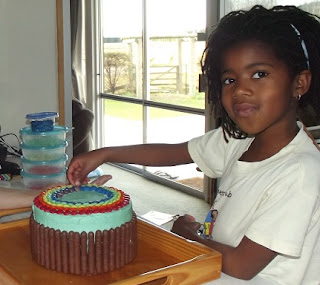 The inspiration for the cake was a rainbow - but if she only put pebbles as a bow - only half the slices of cake would get them. So the decision was rainbow colours going all around the cake.
Posing for a photo. :-) 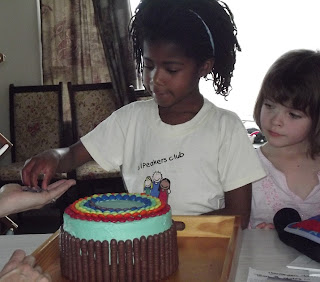 She worked really carefully. It's so much fun for the girls to be involved in their cake creations now. A special treat that they are the only ones involved in the making and decorating. It adds to the feeling of it being their special day - which is nice. 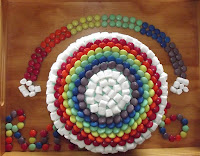 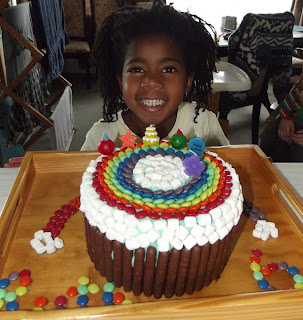 And with the matching coloured candles. She said it ended up looking like a flower - but she was still pleased with the result.
Posted by Buckland at 10:00 PM