On Saturday morning Brendon got working in the celing again on the Heat transfer system. It's ending up taking a lot longer than we though to get it all sorted out. We still need to get an electrician to do the wiring (there are fans that pull the hot air from the fireplace vent and push it to the bedrooms). 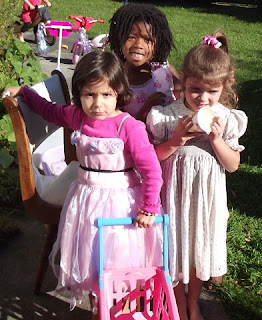 Then we headed out for Violet's 4th birthday party. What a wonderful feast we had for lunch - and all lovely healthy food (no sugar but in the cake). Unfortunately Violet will be moving to India in a couple of months time. The girls always really enjoy playing with her. 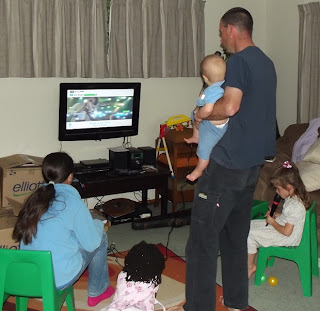 Because of their upcoming move - Amanda has given us her Play Station 2 and Sing Star equipment. The disk she gave had a couple of songs we recognized but I am going to now have to try and hunt down some sing star games that the girls will enjoy. We have already had a great time with it. What a blessing. I can see much family fun with this in the years to come. 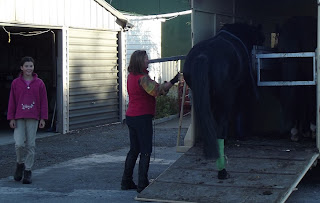 On Sunday morning Rachel headed off early to help Christine get the horses ready for their 12km ride today. It was a whole event with certificates at the end. Poor Porky just did not want to get in the float this morning and so it was such a contrast to see how easily Auto just walks up. He is far more used to it and was rather excited about his day out. 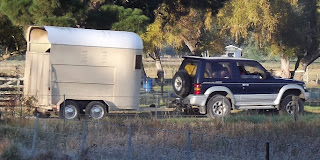 Rachel had loads of stories to tell us when she got back. They rode through forests and had such a wonderful experience. What a blessing that Christine could organize to take Rachel on such a special adventure. 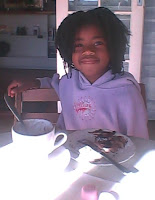 It was Ruth's turn to go with me to the Rocking Frog this weekend so we headed down there this morning. It was so cold when I walked over with Rachel and Brendon had said it was probably only 5. When Ruth and I headed off it was only 6 and on our return it had creaped up to 9. She kept working out how much the temperature had changed.
I had not taken my camera but then wished I had when Ruth put her two marshmallows on the serviette to take home for her sisters. What a giving heart this little one has. This is such a typical thing for Ruth to do and it warms my heart every time. So at least I could capture that memory with a photo on my phone. 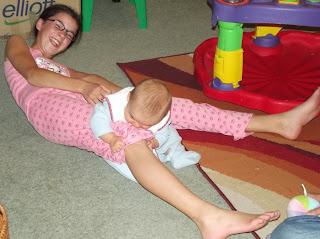 This evening Hezekiah was rolling the ball so nicely to Dad. So I asked Rachel to swap with me so that I could get a video. He was far too interested in ther pajama pants though and so not much ball rolling happened. A lot of laughing resulted as he ended up tickling her. :-)
Posted by Buckland at 9:00 PM