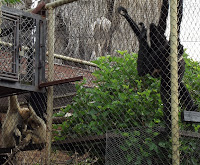 After the ice creams Grandpa and Nana headed home and we headed over to the monkeys. 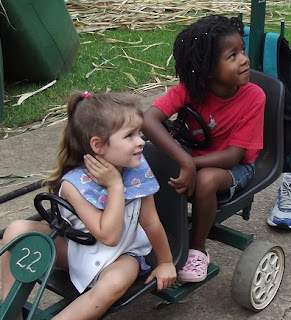 The girls were quite taken with them and sat watching them so intently.

I suggested they get out and stand closer. One of the monkeys was very sociable and came to have a look at the girls.

This little one was just so cute.

Then we headed over to the owls. It was fun for the girls to see how many they could spot.
They have such a lovely variety of owls and it’s always special to see them – even if they do just sit in the trees. The girls know they hunt at night – so were not expecting any activity. 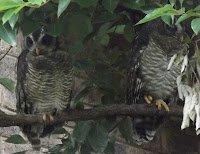 These smaller ones with their orange beaks and feet were really pretty.

Lemur’s always get the family singing “I like to move it, move it”. :-) 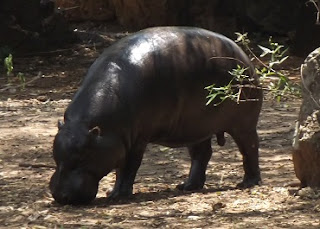 Then we headed back up the hill and had a look at the pigmy hippos which were both out the water. What a treat to see them walking around. 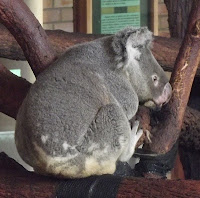 Then we headed for the Koala house as we knew it was really cool inside. We ate our packet of Ghost Pops and enjoyed the break from the heat.

It really did end up being a song filled day as we sang “Kookaburra sits in the old gum tree” when we spotted the lovely birds. 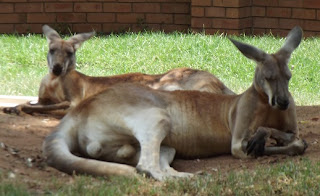 The kangaroos where enjoying the shade. 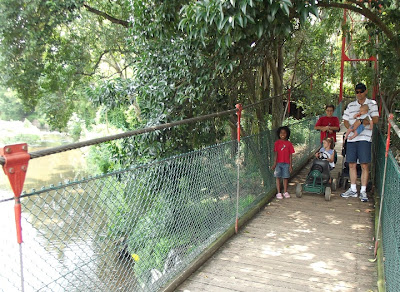 Then we headed back down over the river but went on the swing bridge that we discovered when visiting the pigmy hippos. 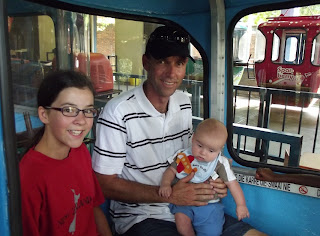 We had a little rest at the farm yard and were making our way to the exit when we passed the cable cars. Thankfully they were not too expensive and we could pay with our card (we have not adjusted to having cash on us and had run out). 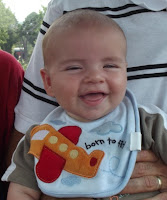 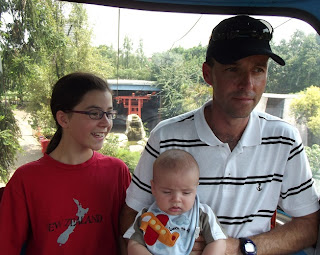 Brendon was not thrilled about the experience as he dislikes heights even more than I do. We made sure he was not sitting at the door. Hezekiah was not bothered by the shaking or noise. 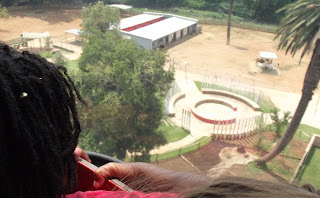 Rachel and Ruth were thrilled and so thankful for the experience. They were both very quickly looking over the side and enjoying spotting all the things we had seen earlier in the day. 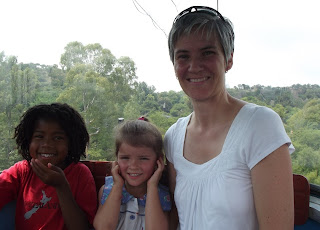 The major issue for Hannah to start with was the sound. She got physically tense as we started off but I held her and she quickly relaxed. She kept her fingers close to her ears for every time we went over the “bumps” but quickly got used to them. On the way down we sat in the same positions so that we were going forward rather than backwards and she told Dad that she would warn him when the bumps were coming. She was even happy to not block her ears on the way down. 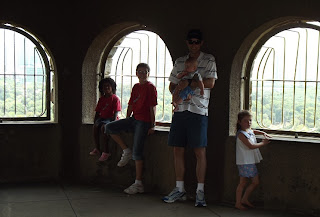 Hannah was so pleased to be able to be IN one of the “castles” she has spotted earlier and was not at all worried about looking out the big windows (which are really high up). 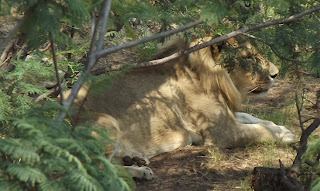 She got her wish and got to see the lion. I was so glad we decided to do this extra little bit together. It will be something they remember for a long time.

You get a great view of Pretoria from up there too. 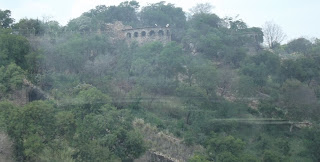 A shot of one of the “castles” on our way down. 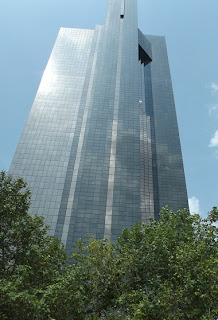 The girls were also excited to drive past the building that Grandpa used to work at (The Reserve Bank). We had shown it to them previously as it’s the tallest building in Pretoria). 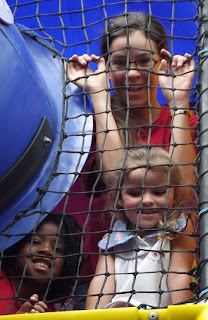 As we were all really hot we stopped in at a MacDonalds on the way home to share a milk shake. The play area is always so much fun (especially when there aren’t any other children around).
Posted by Buckland at 9:01 PM