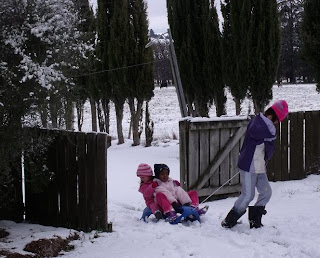 It was not long after lunch and the girls headed back outside. They spent ages outside this time as it had clearly warmed up a bit. Eventually they came to the side of the house so that I could get some pictures. By this stage Rachel had decided my boots were better as she could put an extra pair of socks on. 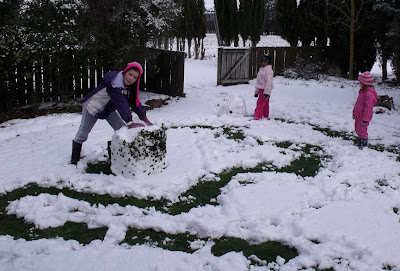 They spent a bit more time getting their snow balls bigger. Rachel was eventually exhausted though and no wonder with all the sled pulling she has done today. 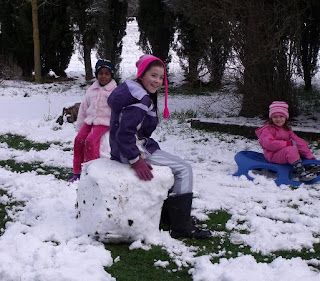 Having a little rest. Very nice sturdy snow balls there girls. Well done. The idea was to make a snow man with these balls - but as I don't even have boots to wear (Brendon wore his home ones to get to work this morning) I was forced to not go out and "help" move them. Brendon was pleased to hear this when he got home. It would not have been a good idea with my big tummy - but it sure was tempting to get out there and help them. 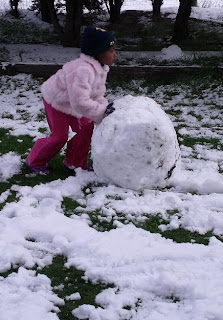 Ruth was determined to get hers as big as she could so even when Rachel stopped she kept going. 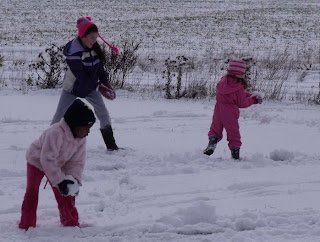 The snow ball fight that was going on was eventually too tempting though - so she went off to join in that fun. 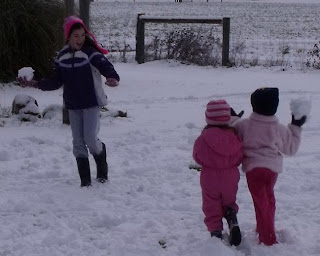 So cute to watch the little two try and get Rachel. She had to slow down a bit so they could at least get a little closer. 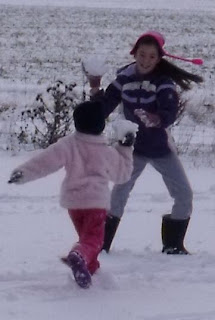 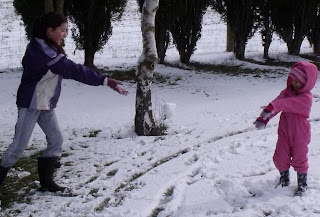 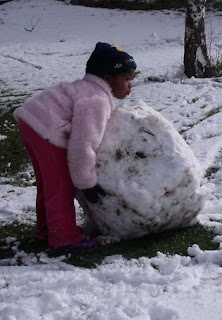 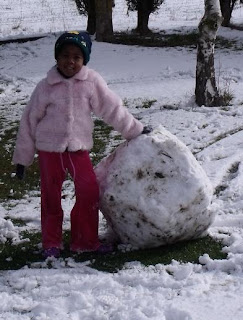 At this stage Ruth had decided to have another go with her snow ball. It was eventually just too heavy to lift though.....
So she had to accept it's final size. I think it's huge (being made by a 5 year old). 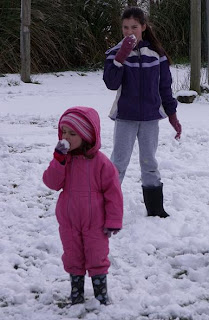 Rachel and Hannah were now busy eating ice lollies they had made. 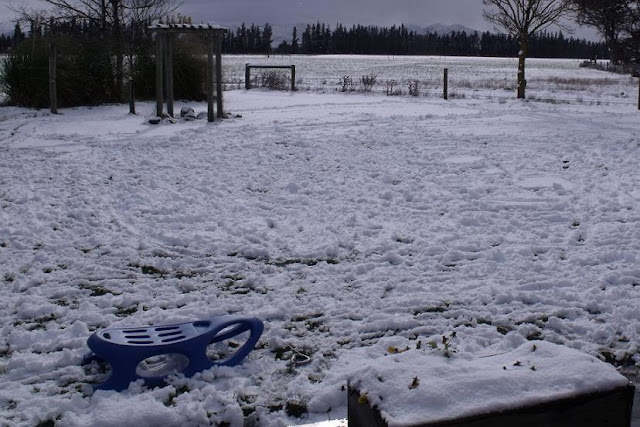 I just love this shot of the garden after all their fun. A very well played in garden compared to the spotless carpet it started off as this morning. Both so beautiful in their own way. 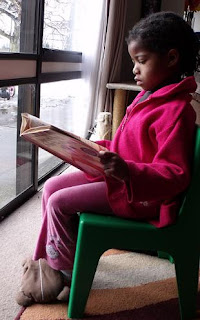 Then it was finally time to head indoors, get the wet clothes off and warm up those feet. The girls bean bags have been warmed up a number of times today to help little toes and fingers warm up.
I had to smile though when I saw Rachel - beanbag warming the toes and book in hand.
Then I had to laugh when I saw Ruth - in exactly the same position. :-)
Posted by Buckland at 8:57 PM

Labels: Snow, These make me smile

Great photos Belinda, and what an experience for the girls!! What a lot of fun.