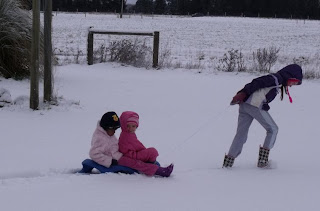 The girls headed outside again and this time decided to at least get some use of the sled. It was a pity this all happened on a work day. Thankfully Brendon sent a text saying that he would take them sledding after work. There was still just enough snow about though for Rachel to pull the girls around. She had just as much fun as they did (amazingly).

Rachel got quite a bit of speed up with them too. It was great watching them have so much fun together and Rachel showing so much love to them.

At first the younger girls did not sound like they were interested in a snow ball fight. 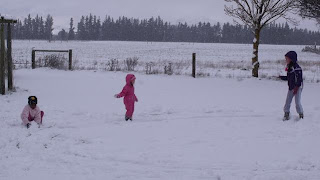 But Ruth got into it and so Hannah followed. It was not as great as having Dad to play with - Rachel had to be a lot more careful. She worried that she had thrown too close to Ruth's face at the end of the video clip but you then hear Ruth giggling. They had so much fun. And you get to see Patches jumping around enjoying it too. 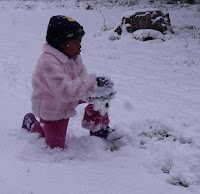 After that they decided to start making a snow man. Ruth started doing what we tried to do 3 years ago in our first snow-man-building attempt. To pack the snow together. 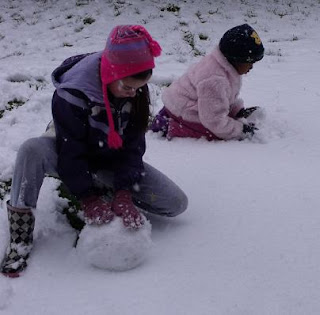 Rachel got going on her ball though and so Ruth could see the proper way it's done. :-) 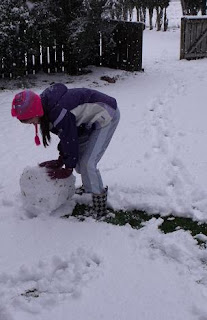 Rachel really got going on her ball. 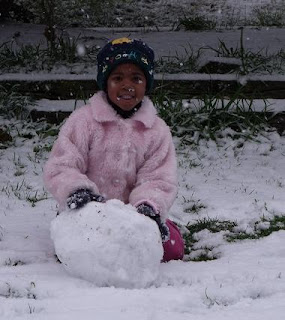 Rachel helped Ruth get started on her ball and then she got rolling too. The only problem was that their pants (especially Ruth's) got really wet. So it was not too long and they came in. 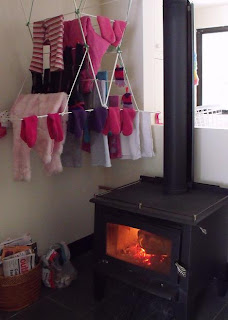 Clothes drying off again after their second time out. I am so thankful this lovely set up. At least we are only going through one set of clothes for outside. Although there are LOADS of socks included in that set. :-)
Posted by Buckland at 8:59 PM