It was great to get started on the drawers today. We worked out exactly how to get each piece out of the plank we bought and then got cutting this morning. 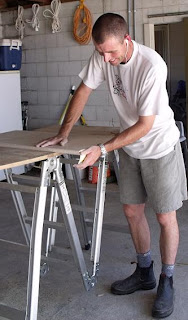 After lunch Brendon sanded all the edges. You may just notice the ear phones. He listened to one of John Piper's messages while he worked.

I kept busy updating things upstairs but regularly had to check on Hannah. She was not at all used to having Brendon home during the day and I think that caused her to be a bit more adventurous during her room time. The first time I cam down I found her outside - like this. She had gone to the toilet but can't put her nappy back on - so had decided to just go peep on Dad in the garage. On her way she spotted Ruth's boots. Such a funny girl. 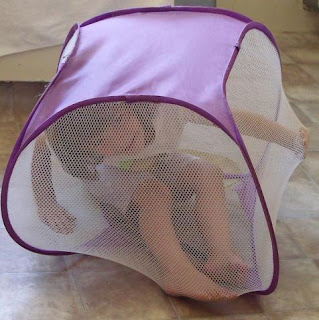 Later I checked again and found her in the bathroom inside the laundry basket. 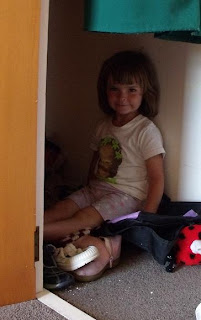 A little later I just made sure she was still safe and found her happily playing inside her cupboard. At least this time she stayed in her room.
:-) 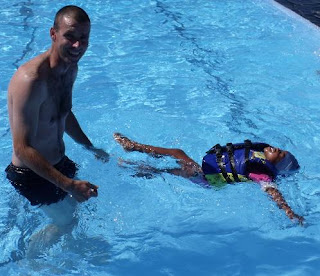 It was a lovely warm day so we headed down to the pool. We forgot the boards at home and so asked a friend if Ruth could borrow a life jacket that was not being used. She had a wonderful time.
Ruth just loved the freedom the life jacket gave. Not only did she enjoy "swimming" by also loved twisting around and around. 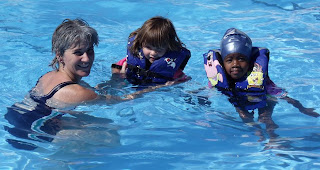 A little later a 2nd jacket was available and so Hannah got to try one too. It was a great way to get her in the water. She had only been in for a little while and then was out and not interested at all at getting in - until she had a jacket to wear. 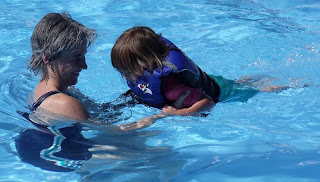 Eventually Hannah released me from the tight grip she had and allowed me to pull her around "swimming".
A friend had mentioned getting some lengths in to build up her fitness and so I remember to bring my goggles with today. I only managed 10 lengths though and then I was exhausted.
Just before 9pm I spotted this lovely scene with the sun just catching some of the trees and fields. 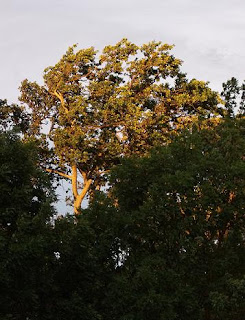 Labels: Beauty of Nature, Swimming, These make me smile