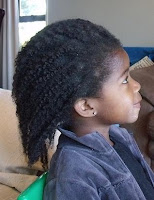 After chatting to Natu (the lady who put Ruth's extensions in) it was agreed we would have to take the extensions out to deal with the lice. It took a LOT longer than expected. It took at least an hour. But then we could get the lice treatment on and get them all killed. 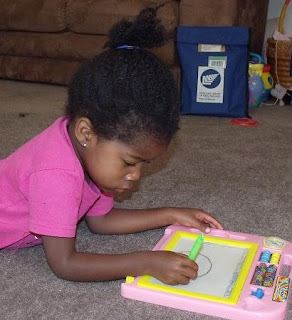 We were surprised at how long her hair is already - fitting into just one pony. It's a pity it knots so quickly - it just can't be left "undone". 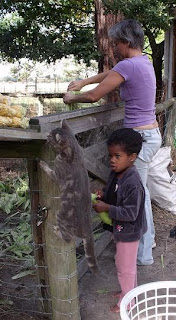 Then there was some gardening to get done. We had potatoes to dig up and corn to pick. There had been a couple of frosts before we got back (and one after) and they were not looking good at all.

So we were very pleased with our harvest.

We stood pealing them for the chooks though as there were a couple of big bugs on the outer leaves. As our veggies are only sprayed with water bugs are expected. A nice treat for the chooks. 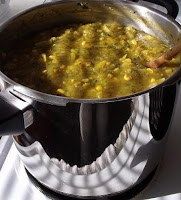 I bought a food processor on Wednesday (finally - after almost 13 years of marriage and doing bulk cooking). Rachel had used it on Thursday to make her biscuit crumbs but today I got to put it to the test. I grated up a HUGE amount of veggies for this big pot of soup. There was only about a cup or two of water - the rest is pure vegetables. Yummmmmyyyyyyy. It's great to have the freezer stocked up with lovely soups for the cold days that will be coming up. 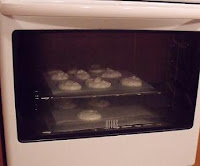 Then it was time for the Resurrection Cookies. The girls really enjoyed being a part of the "story" and although we made them way to big (we used a tablespoon rather than a teaspoon) they were hollow in the morning. You can get a recipe and instructions here. For a quick summary of what it's about look at my post for last year's cookies. And this post shows you what the cookies are supposed to look like as well as how little Hannah looked a year ago. They grow up so quickly.
Posted by Buckland at 11:00 PM

Wow! I cannot believe how much Hannah has grown! Well done for baking the ressurection cookies, we ran out of time :( But I have bought all the ingredients so perhaps we'll do it this week, while the easter story is still fresh in our minds and hearts!