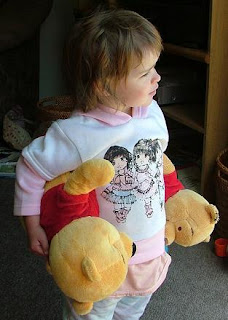 Thank you Lord for a wonderful husband who made sure I had a good night sleep last night because I had my hands full today with poor Hannah. I was glad I was feeling so much better because she was feeling terrible today. She slept most of the morning. 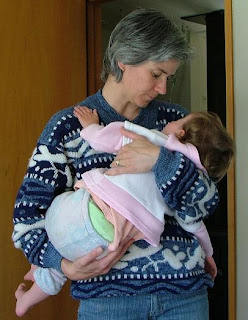 But also spent quite a bit of time in my arms. She was just so upset. Thankfully she allowed me to rock her to sleep and the sleep did her the world of good. 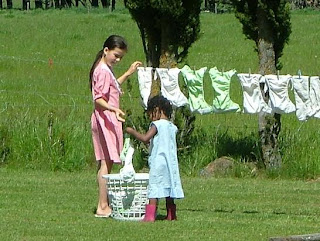 My big girls were such a help and got the nappies out on the line for me. 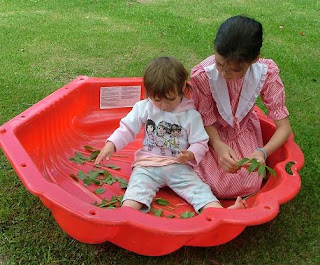 After lunch Ruth headed for bed but Hannah was up. I still had a number of things to get done and so Rachel played with Hannah which was a great help to me.

I was thankful Hannah was feeling so much better through the afternoon. 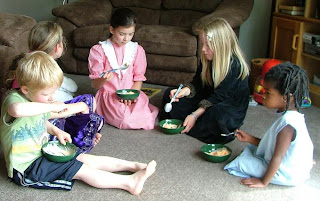 The girls really enjoyed a quick visit from the Spenser family again. Kerry brought some ice-cream for afternoon tea which was enjoyed by all (except Ben who is not one yet and Hannah who was offered but did not want - so you know she is sick). 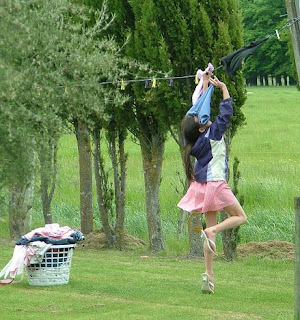 Rachel offered to bring the washing in for me. I have never asked her before because I know it gets really high on the side. But she put so much effort in. There was only one top she could not reach, but she took a step out later and got that in too. She was a wonderful help today. 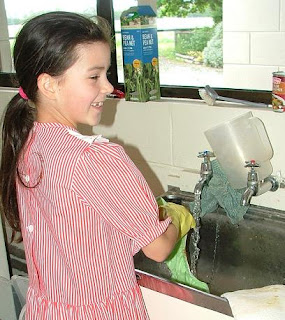 She even OFFERED to rinse a dirty nappy. We don't have many of these - Hannah normally tells us when she needs to go (and she had told me and gone this morning in between naps). 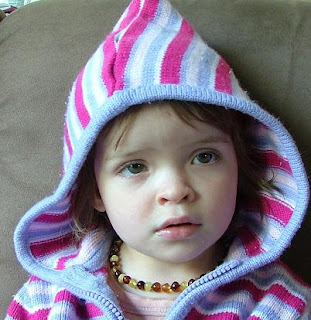 Our poor little girls is just not herself today. No sparkle in those eyes. She just looked so exhausted. She managed to stay up till almost 8 though, so hopefully she will sleep well tonight. 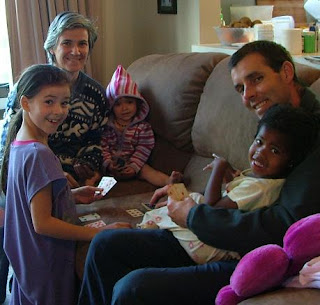 We had a family game of Rachel's "making 10" card game I made up. It even perked Hannah up a bit. She is getting used to the tripod and even when I had not set the timer but came and sat down she looked up and said "cheese". It warms our heart to see a smile from her. I do hope she is better soon.

I must also mention what we had for dinner this evening. This our rainbow omelet. I bought some more red/green/yellow/orange peppers on Tuesday as well as fresh mushrooms and bacon. We had bacon and eggs on Tuesday for dinner and so had some left overs to add to the omelet. And we added cheese - naturally. They were really yummy and filling - neither Brendon nor myself were able to finish ours. I think the left overs will make lovely lunches for tomorrow. Rachel stuck to a plain omelet as usual....
Posted by Buckland at 10:16 PM