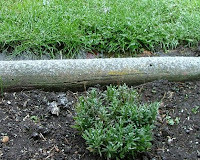 In rained through the night last night and as I sat in the study this morning I noticed that there was sleet. Well, very soon I could tell that it had changed to snow and white patches started appearing in the garden. At 7:15 the girls woke to watch the snow. They were quite excited that it was actually settling.

By 8 the garden was starting to turn white. 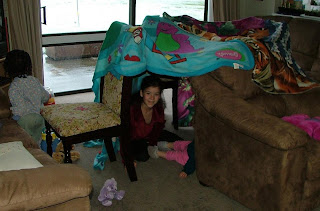 Rachel thought it was a great day for a tent. 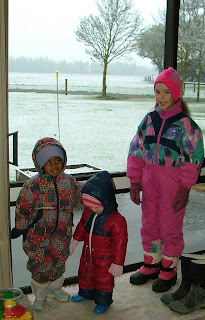 It did not take long for the girls to want to get out in the snow. So by 8:45 we were all dressed and ready to go. Yes, those are Mum's boots. After taking the photos I headed out with them. 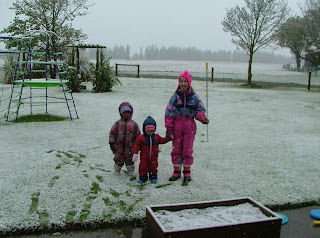 Such joy for these little ones. 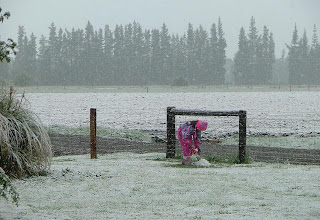 After about 10 minutes Hannah put her hand in some water so we had to head in to warm up. Rachel stayed out another 10 minutes to make a little hill. She knew that the rest of the snow would melt quickly and that her little pile would last longer. 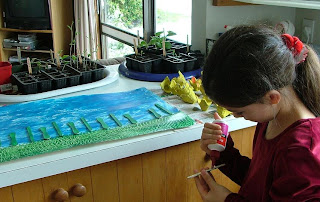 And we are very happy with our field of daffodils. So funny to be doing spring crafts with the snow outside. 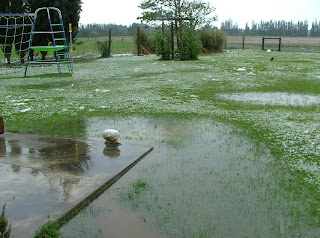 It started raining around lunch time and so by 3pm most of the snow was melting. We were getting a bit concerned about the water collecting around the house. 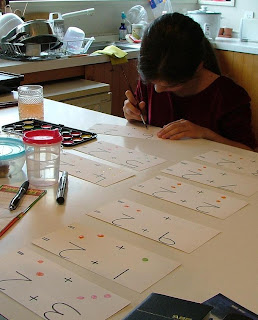 Rachel and I made some flash cards for her today to help her "see" the numbers when she adds in her head. 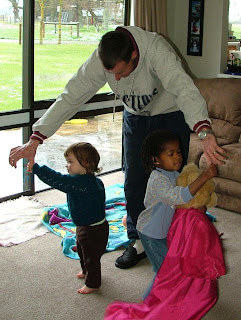 Dad dancing with the little ones.
The farm is only 5 minutes from us and at the same altitude, but they got so much snow through the whole day that Brendon said it was already a good 10cm on the ground when he left - and it was still snowing. Amazing how different things can be over such a short distance. 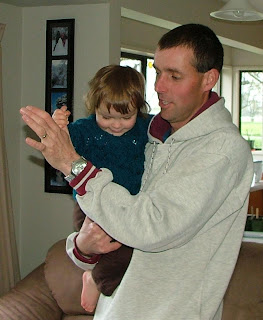 6pm and the only snow left in the garden is Rachel's little hill.
Posted by Buckland at 2:18 PM