Our visitor and snow 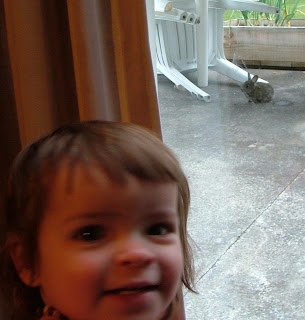 Hannah has been waking up earlier this week, so at 6:30 she was up while the other two were still in bed and so she was the only one that got to enjoy this little visitor. 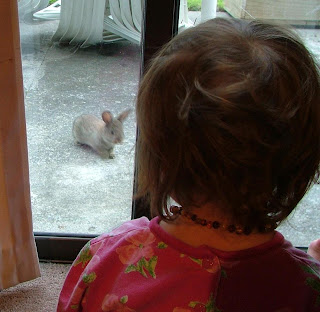 And then to my amazement the little thing came closer. 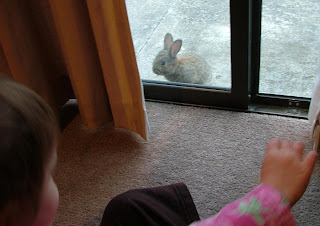 I could not believe it would come right up to the door. It was so special. I began to wonder if it was a tame rabbit that was wanting to get to people. So I opened the window but it ran over to the chairs. 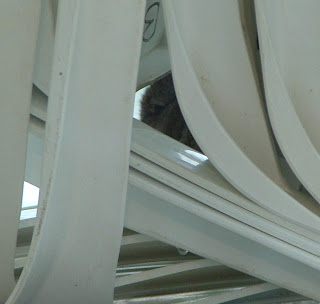 It stayed there for quite a while though and so the other girls got to see it - sort of. Eventually after breakfast we decided to try go out to it. But as soon as the door was opened it ran off. 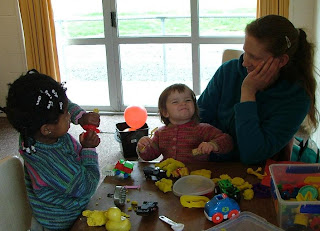 Thankfully Hannah was asleep by 1 today (a first for the week) and so was awake by 3 in time for us to get to Brownies. Kerry was the other Mum doing the traveling today and she would have had two of her little ones with so she had a pile of toys ready. As it turned out though it started snowing this afternoon and so her husband came in early and she could leave them at home with him. My girls were very thankful for all the lovely toys though. 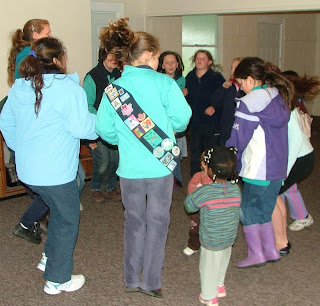 Ruth has finally built up the courage to join the girls in the washer women song.
Posted by Buckland at 1:50 PM